These days, the world seems to be moving at a truly rapid pace. One effect of the hustle and bustle—the constant hurrying from Point A to Point B—is equally hectic traffic. This is especially worrisome for parents, who often report the fear that their child could be involved in a traffic accident as chief among their concerns.

Recent research by PanelWizard in the Netherlands has found that 18 percent of traffic accidents involving youngsters are caused by people being distracted by their smartphones. In an effort to take charge of the issue and protect children when they’re at play, Samsung, has teamed up with VVN, a traffic safety organization based in the Netherlands, to educate local children on the dangers of distracted smartphone use in a fun and interactive way.

Based on a concept developed by creative marketing agency Cheil, the ‘Beat the Street’ campaign comprises a virtual reality app that simulates potentially dangerous traffic situations for students’ navigation. The game succeeds in conveying critically important lessons in traffic safety and awareness in an immersive and engaging manner. 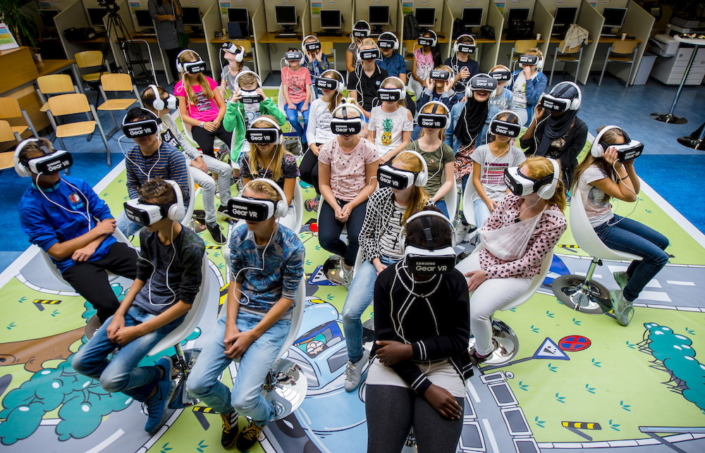 Developed by Dutch VR-production studio WeMakeVR, the Beat the Street app allows users to safely experience and manage potentially hazardous traffic conditions. Upon strapping on the game’s Samsung Gear VR headset, users are thrust into pressing traffic situations and forced to make calculated decisions in order to navigate the jungle of cars and motorcycles.

The game requires users to carefully consider whether they should, for instance, cross the street or wait, answer their phone or let it ring, and encourages them to be ever-aware of oncoming traffic. The app educates students on a very serious matter but incorporates key comical elements to create a lighthearted tone, allowing students to learn important lessons while having fun. By letting the youngsters experience these potential dangers in an entertaining virtual world, we help them avoid the same hazards in reality. 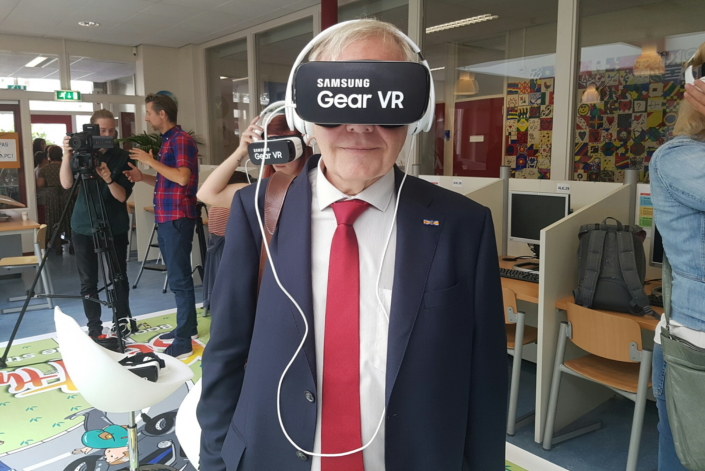 VVN Director Felix Cohen experiences Beat the Street for himself

Journalists of media outlets from around the country were on site to report on the campaign’s launch and interview participating children. They managed to catch some of the energetic young students’ more animated responses upon playing the interactive game, such as “I shouldn’t have looked at my phone! Now it’s game over for me!” 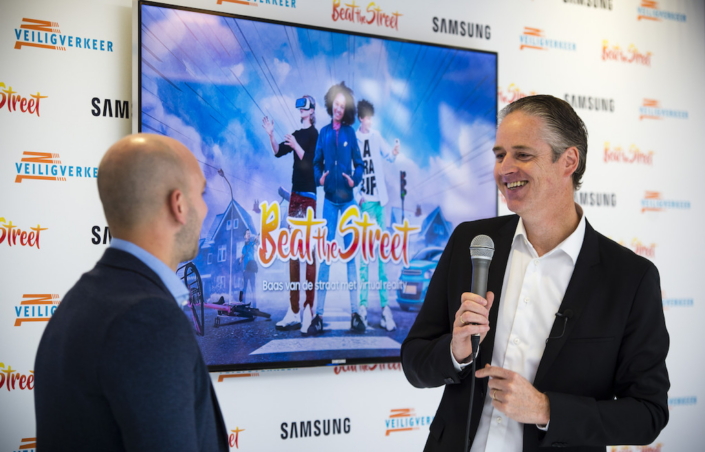 In the coming months Samsung will organize a road tour for visiting high schools across the country to allow more children to experience the Beat the Street game. Many Samsung employees have already enthusiastically volunteered to join us in the endeavor and help share the immersive safety experience with more students.

Hoon Chung, President of Samsung Electronics Benelux, says “Technology and innovation have a big impact on the society. It is important for us to invest in, contribute to and be involved with the society you are a part of.” With this initiative, Samsung hope to help raise more awareness on the dangers of distracted smartphone use in traffic situations and create safer roads for all to enjoy. Together, we can Beat the Street! 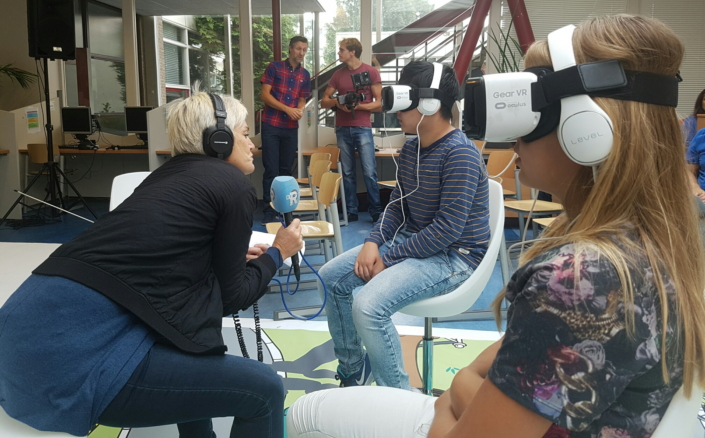