For over 30 years, Samsung Electronics has carved out a position as a leading provider and innovator of mobile telecommunications technologies.

The company is now bringing its drive and passion for innovation to next-generation mobile advancements, playing a leading role in 5G development and standardization. Samsung has already begun trialing technology in the field in cooperation with pioneering service providers in the United States, Japan and Europe.

Paul Kyungwhoon Cheun, Executive Vice President and Head of the Next Generation Business Team, explains the company’s most recent 5G developments and what the future of mobile communications has to offer. 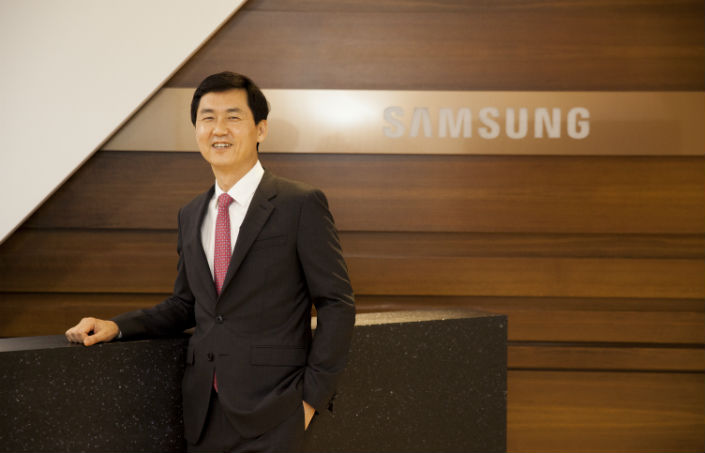 A. 5G means a lot of different things to different people within the industry. The aspects that are most talked about today, such as improvements to throughput and latency, are parts of a much larger puzzle that the telecommunications industry is working hard to construct. The end goal of 5G is to fundamentally transform the way we make use of mobile connectivity.

That, of course, means a significantly faster and more responsive user experience for people. However, it also means enabling an entirely new dimension of use cases that go beyond the traditional boundaries of the mobile industry by pulling in dozens of previously unconnected or under-connected industries – from automotive and home entertainment to city planning and public safety. In fact, our earliest 5G trials have already begun to explore use cases that have not typically leveraged wireless connectivity in the past.

Q. How will 5G impact the people’s user experience?

A. For the typical mobile users, 5G will enable a much richer media experience overall. Next-generation networks will be capable of delivering multi-gigabit throughputs and extremely low latencies, even in highly dense locations. Some of the first major use cases will be highly responsive 4K video content and 360-degree virtual and augmented reality experiences.

For example, musicians from across the globe will now be able to pick up their instruments and play together, while fans watch in real-time. Such scenario requires both bandwidth to support multi-way UHD video streams and extremely low latencies that allow players to remain in-sync and on-beat.

Additionally, a defining goal of 5G is to introduce an entirely new paradigm of connectivity. A key focus for service providers will be development and introduction of revolutionary new services beyond traditional mobile industry offerings to a new set of customers.

Q. What is Samsung doing to differentiate itself from other vendors exploring 5G?

A. Most importantly, Samsung brings unparalleled, end-to-end expertise to its 5G efforts. The company is ideally positioned to explore the Internet of Things, for example, with established strengths in network infrastructure, device manufacturing and chipset development, as well as market leadership in household appliances and consumer electronics.

Samsung has established a Next Generation Business Team to recruit talented staff from every part of the company, including chipset, mobile device and networks divisions, in order to specifically focus on the challenges and opportunities of the fast-approaching 5G era.

We also have been one of the strongest contributors to the standardization of 5G technologies, working closely with operators, academic organizations and international standards bodies such as ITU-R and 3GPP.

Q. What kinds of technology is Samsung using in its 5G trials and what are the challenges the trials are designed to explore?

A. One of the core focuses of our early 5G trials has been the delivery of high throughput and high capacity connectivity over relatively dense footprints. Today’s LTE networks generally communicate using radio frequencies between 600 and 2600 MHz, which has now become a very crowded space. In order to meet the goals of our 5G vision, Samsung has been exploring the usage of ultra-high frequency spectrum, commonly called millimeter waves (or mmWave). There are extremely large portions of this spectrum that are unused or under-used – easily five to ten times more than the total amount available for LTE.

Until a few years ago, millimeter waves were a large unknown for the industry. They have a unique set of characteristics and challenges. For example, mmWaves have a more difficult time penetrating solid objects and are much more easily absorbed in the air when compared to the lower LTE frequencies. Because of this, the potential of mobile communications at these high frequencies has been at the core of our research and development over the past four years, and is now playing a significant role in our 5G field trials.

Adaptive beamforming is one of the technologies designed to overcome the challenges at high frequencies. Beamforming works by tightly focusing the radio waves into individual beams that are targeted independently at each device. A combination of small antenna arrays and advanced signal processing makes this possible, enabling high quality signals and incredible data throughputs.

Q. Samsung recently completed a demo of multi-cell handover capability in 5G. Can you describe why this is important?

A. Handover is a defining aspect of mobile networks. Samsung’s early successes in this area demonstrate our focus on practical technology innovation.

Base stations have a limited range depending on their frequency and output power. As users move around the network, they will inevitably move beyond the coverage area of a given base station and will need to connect to another station. In LTE, the network and the device need to coordinate this transition perfectly to avoid dropped calls or service interruptions.

With 5G, this becomes even more complicated because radio signals are being actively beamed to users. Thus 5G networks also need to coordinate the beam formation between the base stations during the handover to maintain signal quality, throughput and user experience.

Samsung is the first vendor to develop a solution for this challenge, and has successfully showcased the ability to handover in a fraction of a second without any negative impact on user experience. Recently, our three-cell field test network demonstrated average throughputs above 1 gigabit per second, while the device moved through the network at a speed of 25km/h.

Q. Speaking of chipset developments, what is Samsung doing in this area?

A. While there has been a lot of emphasis on mmWave spectrum and beamforming, chipset development is also a key focus of Samsung’s end-to-end mobile strategy. Up until now, trial equipment has been fairly large, including the cabinet-sized base stations and “user devices” that must be mounted on the top of a vehicle. Advanced chipsets will allow smaller devices and base stations and enable the ultra-broadband throughputs expected from 5G.

Samsung’s pioneering research efforts have included the development of key technologies for 5G-capable RFIC chipsets, which are integrated chipsets small enough to fit into typical smartphone devices. At MWC this year, we showcased a 5G-ready smartphone prototype featuring the 60GHz version of this chipset. In the near future, we will follow suit with a prototype 28GHz chipset.

Q. What does the introduction of 5G mean for other technologies, such as LTE and WiFi?

A. 5G will transform the way we think about mobile networks, and the deployment of end-to-end 5G infrastructure will positively impact existing and future radio access technologies. Keep in mind that the radio enhancements, we’re focused on today represent just one among of the several key components of what will make 5G so transformative.

With the implementation of several other technologies, such as virtualization and software-defined networking, Samsung is exploring the potential of what we call a “Multi-Link architecture.” Built for next generation networks, this architecture will introduce powerful and adaptive interworking between 5G and virtually any other modern radio access method – from LTE and WiFi to LPWA technologies and more. With Multi-Link, the network can efficiently meet the connectivity needs of any given user, device or service in real-time. To accomplish this, next-generation networks will be able to automatically leverage available network resources and technologies – each of which excel in different use cases – without manual configuration or network service planning.

Q. When can we expect to see 5G commercialization?

A. Samsung is now working very closely with service providers, governments and standards bodies alike to accelerate the standardization and readiness of 5G technologies. We are expecting to see some of the earliest implementations of 5G – focused on fixed wireless applications – go live in late 2017 or early 2018. Fixed wireless applications will enable more people to access gigabit per second internet connections at home by providing a compelling alternative to fiber-based connectivity. Samsung is taking a leading position in defining this market which is expected to grow to tens of billions dollars in the US market, with even greater opportunities globally.

The first mobile broadband applications are being developed in parallel, and Samsung is preparing to deliver 5G trial service by early 2018 in PyeongChang, Korea. By 2020, broader commercialization will take place in Korea and similar markets, including Japan and the United States. 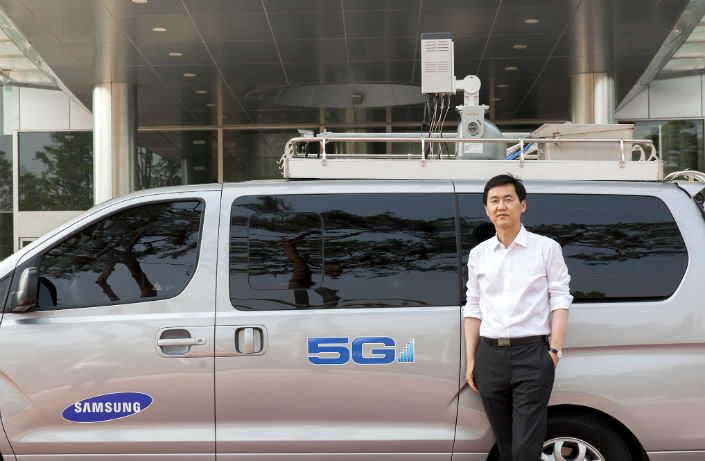 Samsung and KDDI Collaborate to Create Next Generation 5G Technologies