What size will your next TV be? That was the survey question posed in May to members of the AVS forum, an online community and platform for display device professionals. Out of seven hundred respondents, 38 percent chose 70 to 79-inch, while 29 percent selected 60 to 69-inch TVs. More than 90% of the total participants, including these two groups, said they are willing to purchase 60-inch and larger TVs.

A big screen TV is one of the most talked-about items among Korean consumers as well. On Korean online communities, many consumers show excitement for home theater and indicate that they would prefer to stay home and watch 4K movies, instead of going to a movie theater. Others think that construction companies will soon start to sell apartments with a 100-inch or larger TV installed on a wall. 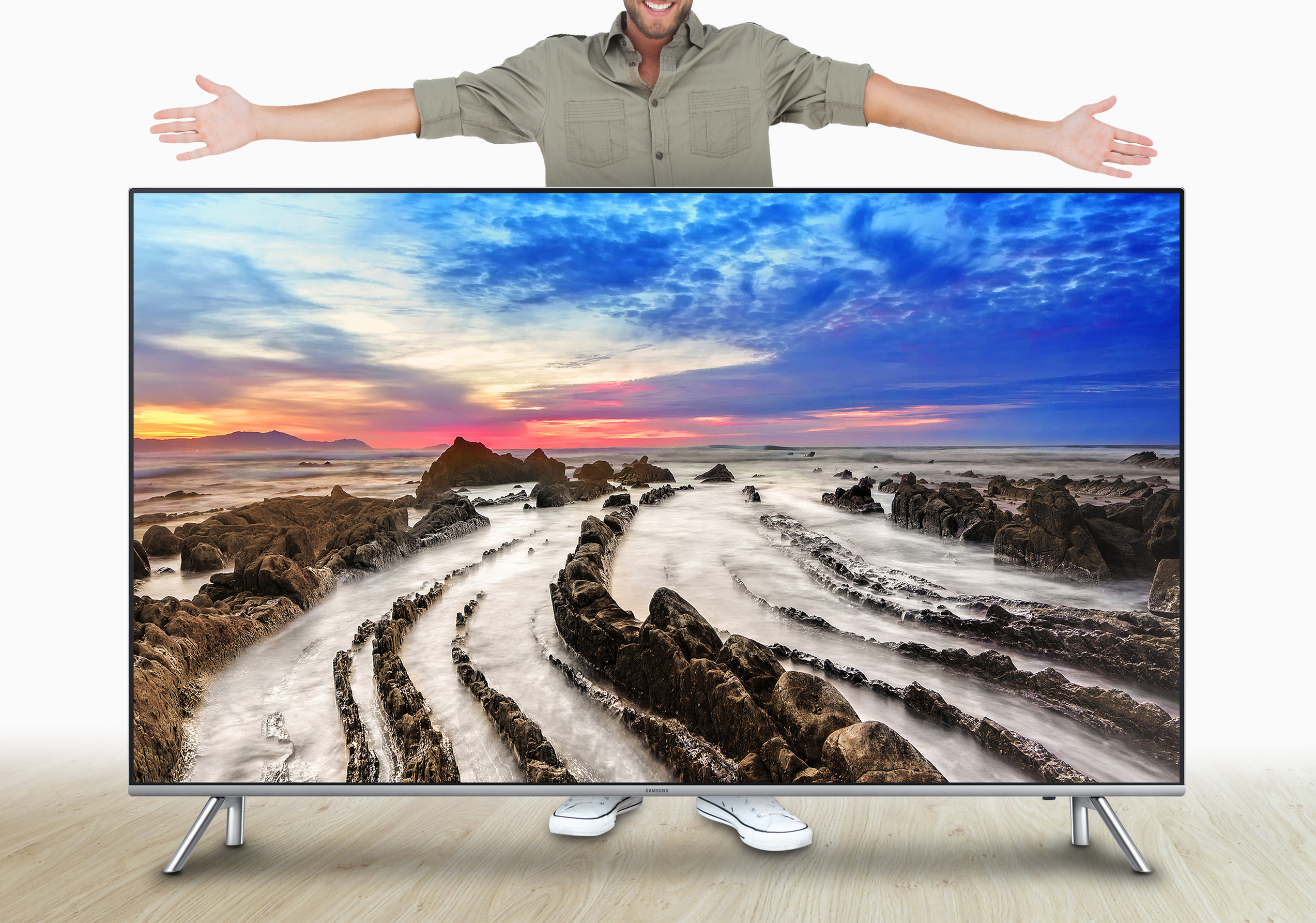 TVs Are Getting Bigger

Big screen TVs, 50-inch and larger products, are becoming a major trend among consumers worldwide. A quarter of TVs sold in the global market last year were in this category, making up more than half of the total sales. Indeed, the big buck is going toward big screen TVs. 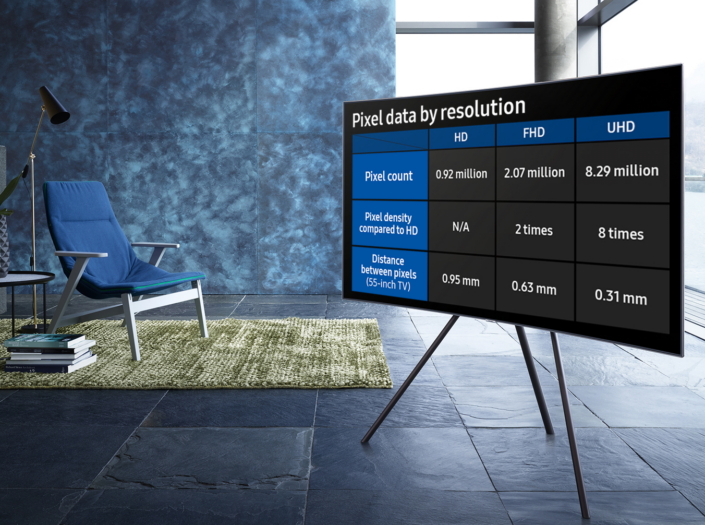 Why should a UHD TV be 1.5 times bigger than a FHD TV? There is a big difference in resolution. A UHD TV has 8 times higher resolution than an HD TV, and 4 times that of a FHD TV. In other words, the number of pixels on an UHD TV is a lot higher than an HD or FHD TV. That is why TV viewers can enjoy clearer images with richer colors that look almost like a real image on a UHD TV without their eyes getting tired easily.

As a pioneer of the big screen TV trend, Samsung has recorded a solid market share in the global large screen TV market. According to market research firm NPD, 47.6 percent of 60-inch and larger TVs sold in in the U.S. during the first quarter was a Samsung product1. The company also recorded that a very similar numerical value in market share was made in the European markets, solidifying Samsung’s position as a leader in the global premium TV market.

Samsung’s efforts continue this year as it launches a variety of big screen TV products, giving the consumer an ever wider selection to choose from. Samsung recently launched the 82-inch 2017 UHD TV after introducing 49, 55, 65, and 75 inch models previously. Samsung also launched its 55 and 65-inch QLED TV, Samsung’s premium TV model, followed by a 75-inch version in May. In August, Samsung plans to launch an 88-inch Q9 QLED TV, a model that will lead the big screen market.

“Samsung’s big screen TV products are ahead of their competitors,” said HS Kim, the President of Visual Display Business at Samsung Electronics. “They are made with the highest ranked technology in the industry and feature design elements that blend in with our lifestyle, giving consumers a whole new home theater experience that they have never seen before.”