In recent years, there have been huge advances in gaming. Console manufacturers are producing systems that support 4K graphics and High Dynamic Range (HDR), taking gaming to a new level. In line with this trend, TV makers have also been producing new TVs to come alongside these consoles in producing the crisp, bright and colorful images expected by gamers, and ultimately elevate the gaming experience.

Samsung Electronics’ new QLED TVs provide insight what makes for a great gaming TV, for example being free from the troublesome issue of image retention (commonly referred to as “burn-in”) which can occur after longtime game play. Here are the specific requirements that make for a great gaming TV: 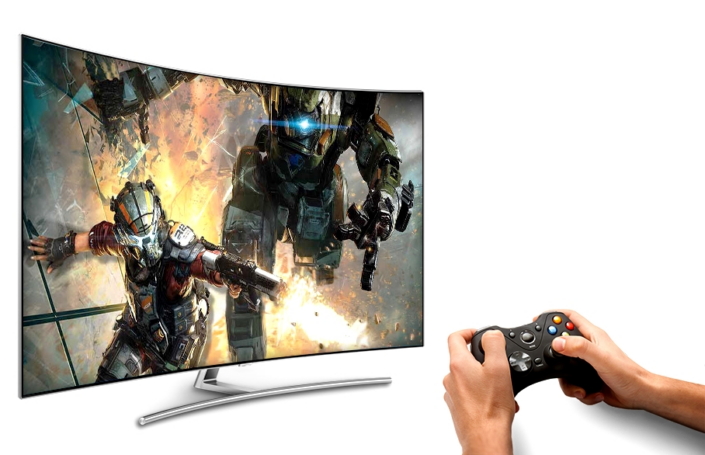 One of the serious problems plaguing gamers is image retention. Image retention is a phenomenon that occurs when a static image gets imprinted on a TV screen after being displayed for an extended period. When this imprint becomes permanent, it is then referred to as “burn-in.” As a well-known consumer tech publication RTINGS has pointed out, it is a problem for gamers because they often have parts of the screen that are static, which are more likely to cause burn-in.

While image retention is not an issue for QLED TVs, OLED TVs where each pixel is individually controlled continue to suffer from the problem. Since a thread on OLED screen’s burn-in problem was posted on AVS Forum, an online community and platform focused on home-based audio and video entertainment, there were hundreds of postings actively discussing issues of image retention. For OLED, each pixel has different lifespans because they are lit individually. The longer the pixel is turned on, the shorter its lifespan, compromising the brightness of the light and causing part of the image to be retained. 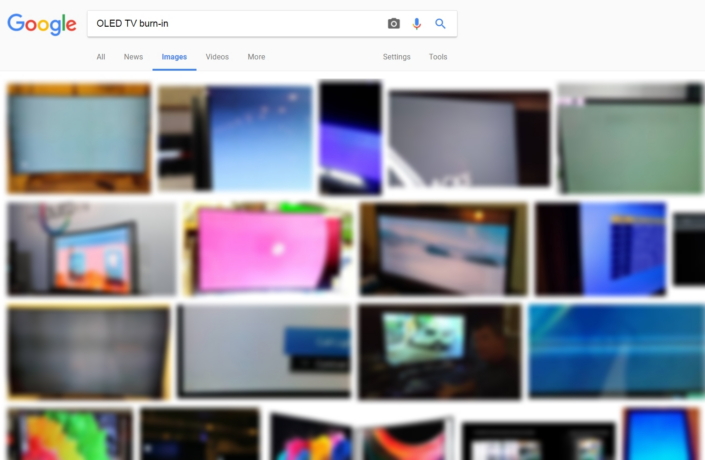 Recently, articles, images, and videos on OLED TV burn-in are easily found on Google, AVS Forums and other online outlets.

OLED TVs provide a high contrast due to their ability to render deep blacks in a dark room. However, while this quality may be an attractive option for watching movies in darkness, it is less of a concern for gamers. Unlike people who primarily use their TVs to watch movies, gamers tend to use their devices in rooms with some ambient lighting.  QLED TVs on the other hand offer better performance in terms of peak luminance. Most OLED TVs offer peak luminance levels in the 600-700 nit range while QLEDs can get significantly brighter, with the latest models reaching 1500 nits and even 2000 nits.

Input lag is the delay between performing an action (pressing a button or moving a joystick) to the intended affect occurring on screen. When measuring input lag, a high number means the more sluggish the game will feel, especially first-person shooter or racing games. Too much latency can literally kill your videogame character if the TV is too slow to process the action. Samsung QLED TVs consistently deliver the lowest input lag, with times measuring between 20ms and 25ms once Game mode has been engaged whereas current-generation OLEDs are hampered by high input lag when compared to QLED displays. 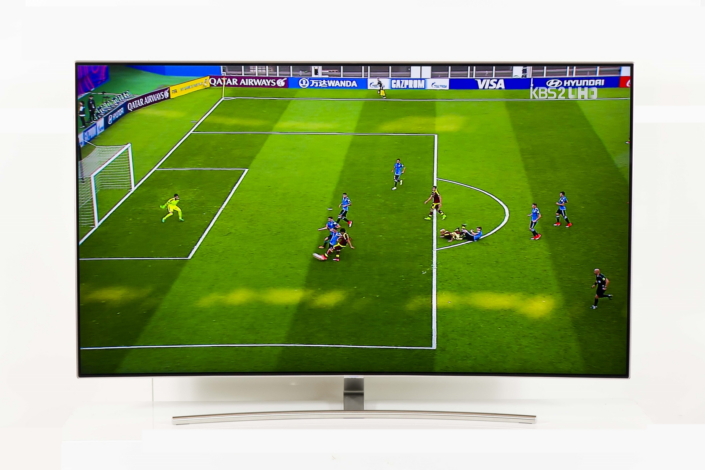 Many video games are more colorful than movies, so gamers should look for TVs that can provide enhanced color volume for better picture quality. QLED TVs can provide higher levels of color saturation in highlights compared to OLED TVs. Samsung’s 2017 QLED TV unveiled at CES 2017 received verification from world-class testing and certification association, Verband Deutscher Elektrotechniker (VDE), for its ability to produce 100 percent color volume, meaning it can capture even the subtlest differences in color pertaining to brightness. 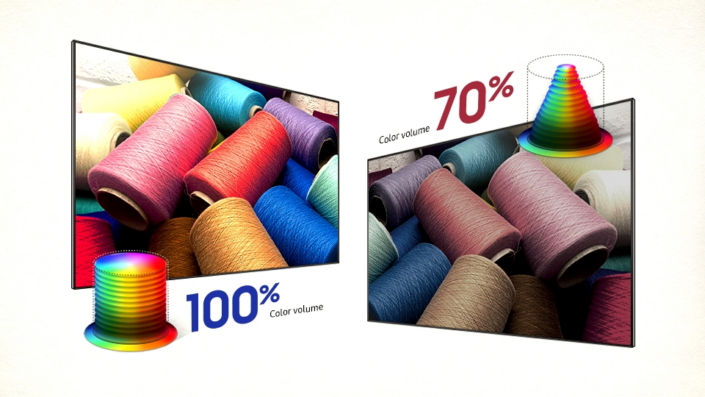 Additionally, Samsung has also made it easier for users to activate Game Mode – a feature that optimizes image settings when connected to a PC or a game console by disabling the standard image processing the TV normally performs and allows the game itself to adjust the settings to provide the best picture for that game. Previously, Game Mode was buried deep in the user menu, making it difficult to activate. Samsung’s 2017 models have made it more accessible, placing it within the Picture menu.

At Samsung, we strive to deliver products that reflect a consumer’s lifestyle. For gamers, we are proud to create a variety of QLED TVs that meet their needs and provide crisp, bright and colorful images for the next generation of video games.