THIS IS QLED TV, Part 1: 2017 QLED TV Sales Getting into Full-swing

This year’s global TV market sales are heating up. Now in the second quarter of 2017, global TV manufacturers are vying for the attention of consumers by showcasing their latest premium TVs – products that are presently driving the entire television market. Among them, Samsung Electronics, the world’s No. 1 TV maker for 11 consecutive years, is looking to yet again take the lead with its 2017 QLED TV.

In the first segment of the “THIS IS QLED TV” series, Samsung Newsroom will illustrate how the company is working to lead the premium TV market with the QLED TV.

Premium TVs that utilize Quantum dot technology are rapidly becoming more popular in China – the largest TV market in the world – thanks to the efforts the QLED TV Alliance, led by major distributors and manufacturers including Samsung Electronics.

Quantum dot TV sales made up around 1 percent of the total TV market in the first quarter of this year. By second quarter in early May, however, the sales volume increased to 2.4 percent. With the launch of Samsung’s 2017 QLED TV, the sales again increased to 3 percent by China’s May Day holiday, which is typically when the market reaches its highest point in terms of sales. Currently, Samsung makes up 80 to 90 percent of the Quantum dot TV market share in China.

On the other hand, OLED TV, the leading competitor in the premium TV market, made up 0.3 percent of sales in the first quarter and has yet to exceed 1 percent in the second quarter.

In fact, Quantum dot TV sales have been four times higher than those of OLED TV this year. This number is expected to grow, due to the advantages of Quantum dot technology, such as superior picture quality, a long lifespan and more accurate colors at varying levels of brightness.

Full-fledged Sales in the US and Europe

Samsung commenced QLED TV sales in the US and Europe this past February and March, respectively. Now, Samsung is preparing to roll out its entire QLED TV line-up, with products including 49, 55, 65 and 75-inch models. Weekly QLED TV sales rates accelerated by more than four times in early May compared to the beginning weeks of the sales launch.

Other global markets are also responding positively to Samsung’s premium TVs. During the first quarter, Samsung obtained more than half of the shares in the premium TV market in Latin America, particularly in Mexico, where the company showed strong sales exceeding 60 percent.

In addition to the expanded range of QLED TV products and screen sizes that will hit shelves worldwide starting in May, Samsung is also preparing to launch The Frame, further transforming the premium TV market.

“QLED TV not only offers superior picture quality, but is also a product that beautifully reflects consumers’ lifestyle in its design and functions,” said Yoon Lee, Senior Vice President of Visual Display Business at Samsung Electronics. “By introducing The Frame, which elevates the television to a work of art, we will set a new standard in the global premium TV market.” 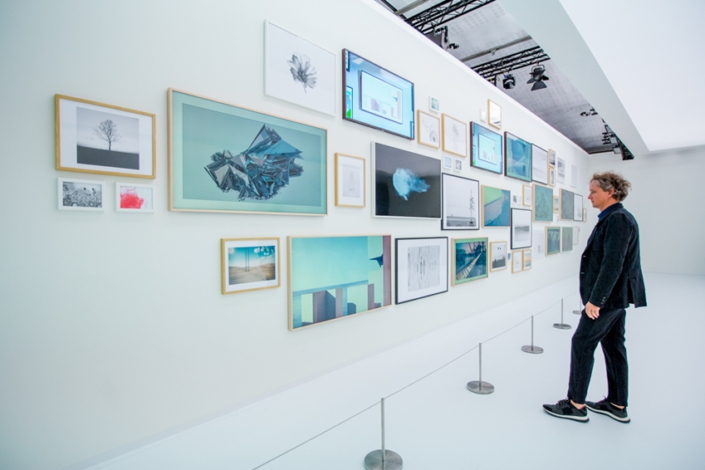