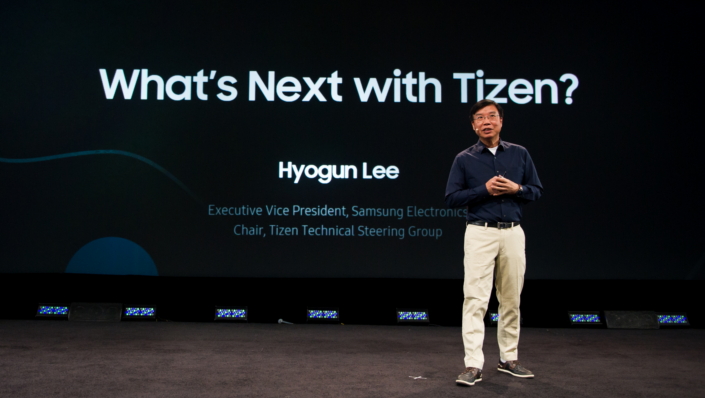 Samsung Electronics together with 30 partners, kicked off this year’s Tizen Developer Conference (TDC) 2017 at the Hilton Union Square Hotel in San Francisco, running from May 16-17. In addition to software developers, more than 1,000 service/content partners, device manufacturers and others engaged in the Tizen ecosystem will be participating at the conference.

Centered on the theme “Ready To Connect, Get Involved!”, TDC 2017 will present a vision for the IoT era via expanded opportunities for the attendees to experience the key features of the Tizen 4.0 platform, various technologies and products, and the evolving development environment required for UX and product/application development.

TDC, as an annual technical conference for global developers, is a showcase of Tizen’s new technologies and products. It was held in San Francisco in 2012 for the first time when Tizen 1.0 was launched as an open source project. Since then, and over the past five years, the Tizen OS has evolved into Tizen 4.0 supporting a wide variety of Tizen devices.

“Since launching, Tizen has become the OS for nearly all of Samsung’s products, and with its record of sales growth, proven itself as the most successful Linux-based embedded OS in the world. Among open collaborations, and as we enter the IoT era, we expect Tizen will open new opportunities for the future of IoT,” said Hyogun Lee, Executive Vice President of the Visual Display Business at Samsung Electronics and Chair of the Tizen Technical Steering Group. 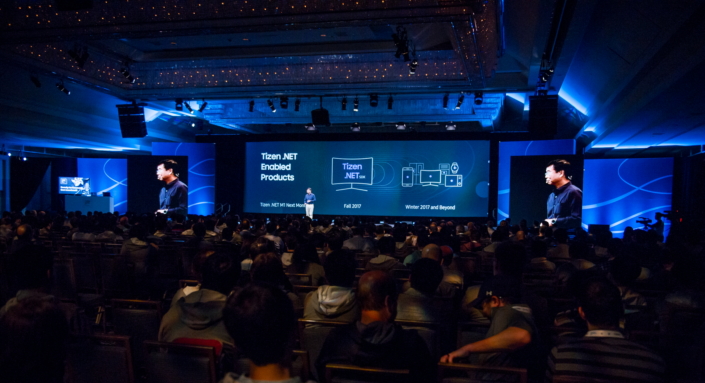 The key changes in Tizen 4.0 are optimizations made on the platform for IoT developers to enable rapid creation and commercialization of various applications. While the existing Tizen platform was limited in distribution to devices such as TVs and smartphones, Tizen 4.0 will provide a development environment that can be refined according to the characteristics of various devices by subdividing functional modules. In addition, the Tizen 4.0 platform has been extended to Tizen RT (Real-Time) to involve high-end products such as TVs and mobile devices as well as low-end products such as thermostats, scales, bulbs, and more.

With Tizen Project’s collaboration with Microsoft, developers are now able to more easily develop Tizen applications with popular programming languages. Specifically, the Microsoft .NET and Xamarin UI framework have been introduced to Tizen so that C# language-based applications can be developed in the Visual Studio environment for increased productivity.

In order to expand the ecosystem of Tizen-based IoT devices, Samsung is planning to strengthen cooperation with chip makers such as Samsung ARTIK™ and Broadlink in China; smart home device manufacturer Commax in Korea; and the location based service provider Glympse in the U.S.

Around the introduction of the ARTIK™053 module, an IoT Hands-On Lab session will also be held to develop software for the IoT on the new module utilizing Tizen Studio for RT, which is a lightweight real-time operating system (RTOS) based application development environment.

The Samsung Z4 smartphone will also be showcased at the conference. The Z4 is equipped with a front and rear camera optimized for social media and a wide range of features focused on convenience and productivity, including quick and easy access to the most frequently used functions.

In addition, for Tizen ecosystem enhancement, the Tizen Mobile Incentive Program has been introduced for global application developers to offer a one million dollar prize every month when the app is sold and placed in the Top 100 on the Tizen Store from February to October 2017.

Samsung will also showcase a variety of its recent products at the TDC 2017 Exhibition Zone. In particular, attendees will be able to experience display products including QLED TV, and the Frame introduced at CES 2017, as well as Samsung’s diverse and expanding smart TV ecosystem. Additionally, attendees will be able to see various smart home scenarios where products such as Family Hub 2.0 are integrated with IoT standard technology.

Also, a Game Zone within the Exhibition Zone will offer even more fun, allowing attendees to take part in a Gear Maze escape game using a Gear S3.

In addition, a 1:1 Tutorial Zone that enables developers to instantly develop smart TV applications and run them on the TV with the help of experts is also available for developers to experience the benefits of using the Tizen .NET development environment.