Installing the new Tizen Studio allows developers to select necessary platforms and profiles. It will also allow developers to experience a fast and stable development environment, as well as a new UX and UI.

Applications for the recently released Gear S3 can be developed using Tizen Studio 1.0.

The existing Tizen SDK was released in accordance with the Tizen platform. Since there was an SDK program for each platform, this meant developers had to install several SDK programs if they wished to develop for several platforms. Therefore, it was often difficult for some to maintain, and managing related updates was also time-consuming.

Accordingly, following the release of the Tizen 2.4 SDK, attempts were made to integrate the whole process. Starting with Tizen Studio 1.0, users can select and install necessary platforms and profiles with a one-time installation. In addition, Tizen Studio has been made stable and lightweight through a platform version-up, and its usability has been improved through the overall improvement of both its UX and its UI.

From now on, version control will be used separately for the Tizen platform and Tizen SDK, and Tizen Studio can be downloaded from the Tizen Developer site (developer.tizen.org).

The information structure that made it difficult (beginning with the installation process) has been simplified, and heavy graphics have been scaled down. 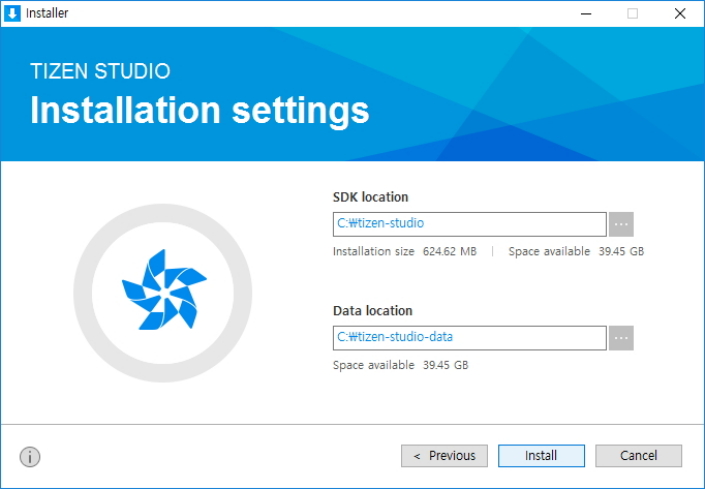 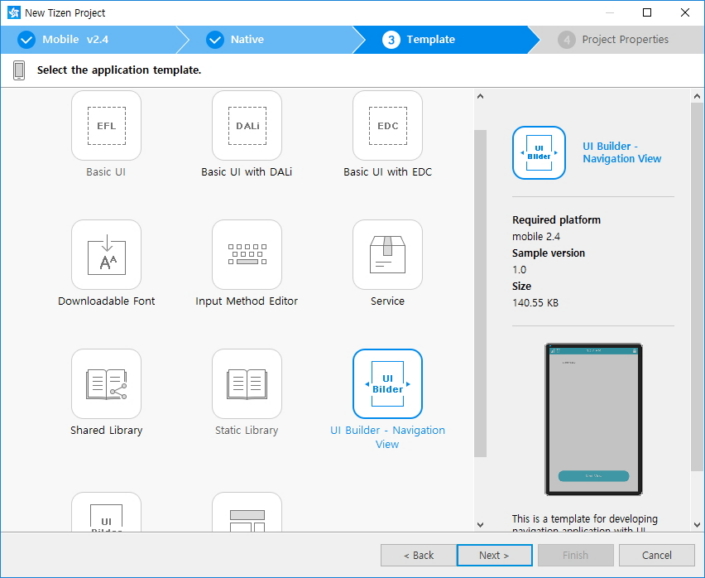 Before the new improvements, usability was low since each UI tool had a different UX. With the new Tizen Studio, however, consistent UX and GUI have now been applied. Features have also been rearranged in order of common usage, allowing UI applications be developed easily, based on WYSIWYG. 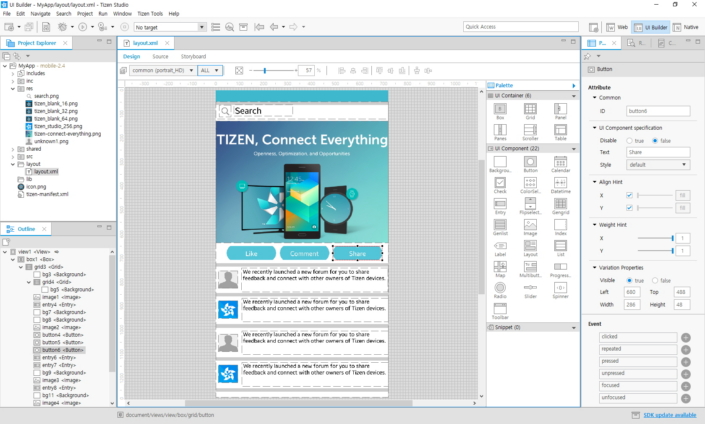 Before Tizen Studio, complex menu names and screen layouts in the previous SDK incarnation made it difficult for users to understand the emulator environment. In the new Tizen Studio, a consistent UX has been applied, a device template feature has been added and the filter feature for each profile has been improved. 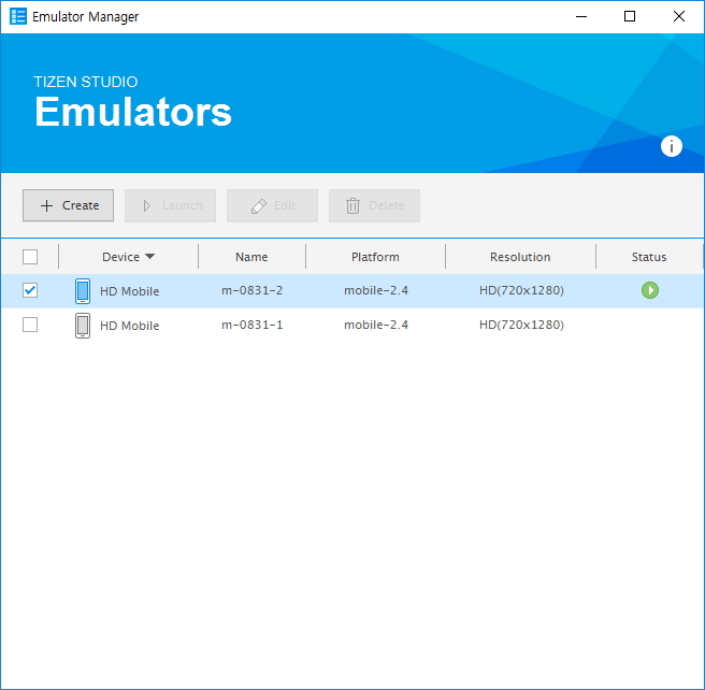 The layout of each feature has been improved and the graphic elements have been redefined. In addition, the layout scalability has been secured for new features (such as memory profiling and CLI). 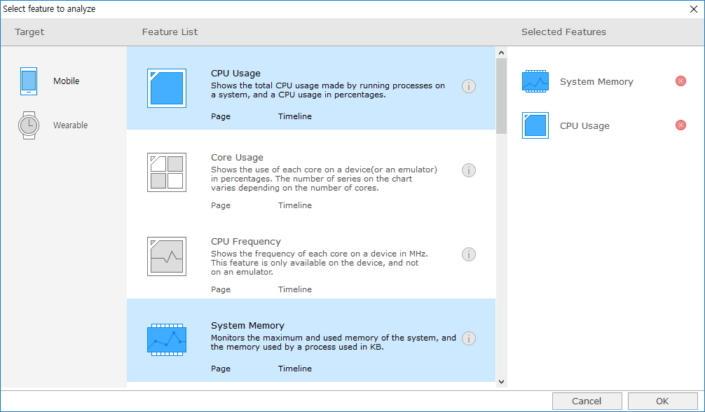 Tizen continues to strive to provide an application development environment that satisfies the needs of developers as the platform continues to evolve.