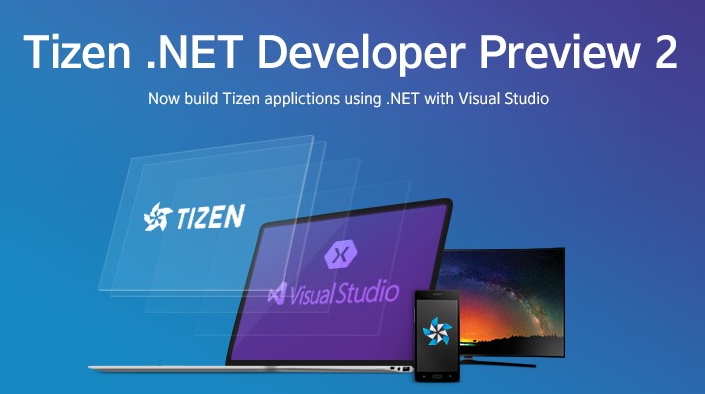 Last November, Samsung announced a collaboration with Microsoft on .NET open-source projects such as .NET Core and Xamarin.Forms, and released the first preview of Tizen .NET. An official version will be released in the second half of 2017.

The second preview supports TV application development in addition to the mobile support introduced in the first preview. Visual Studio Tools for Tizen has also been improved with several new features, including project creation wizards, manifest editors, emulator managers, an emulator control panel and a certificate manager. Tizen .NET developers can now apply their skills with C#, standard APIs, Xamarin.Forms and Visual Studio to build both mobile and TV applications.

“Samsung is excited to release the second preview of Tizen .NET, and will release newer versions of previews every two months until the official version is shipped later this year,” said Hong-Seok Kim, the Vice President of Samsung Electronics’ Software R&D Center. “We are fully committed to delighting Tizen developers with .NET.”

Tizen is an open-source operating system based on Linux that is hosted by the Linux Foundation and open to all developers. The operating system powers 50 million Samsung devices, including Smart TVs, mobile phones, wearables and other IoT devices.