An Exclusive Look Inside Samsung’s Memory Exhibit at MWC 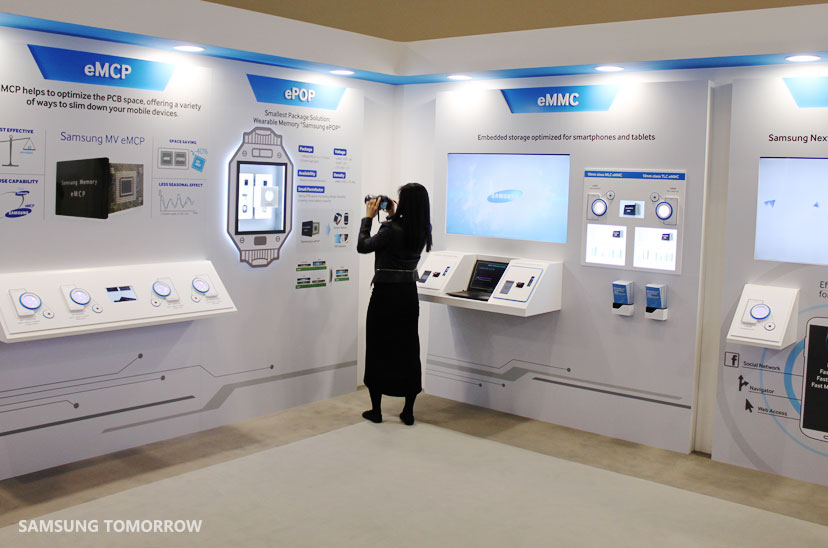 Each memory station held attention by showing the products underneath a magnifying glass to offer a closer look into the compact size while emphasizing the high power output and performance on the displays around them. 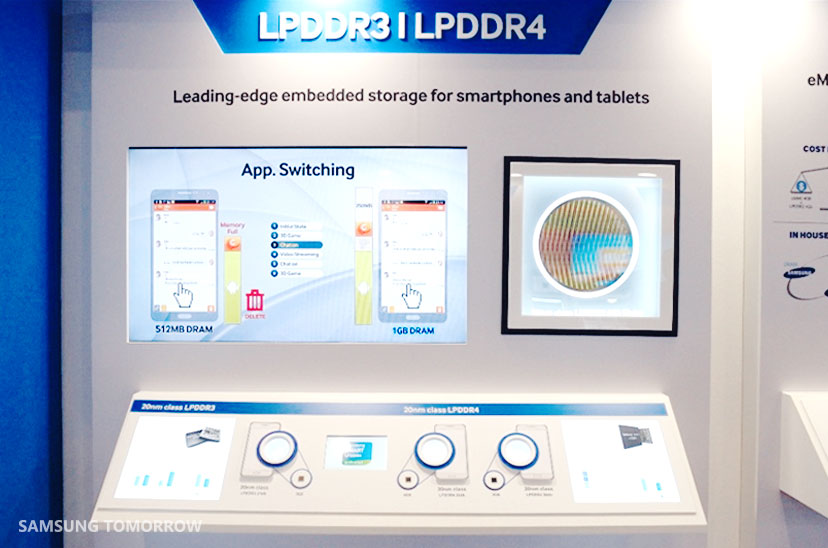 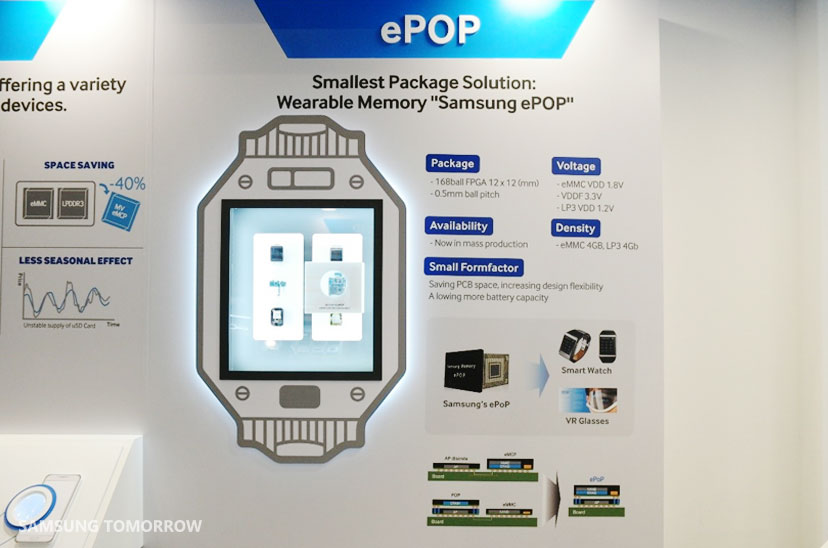 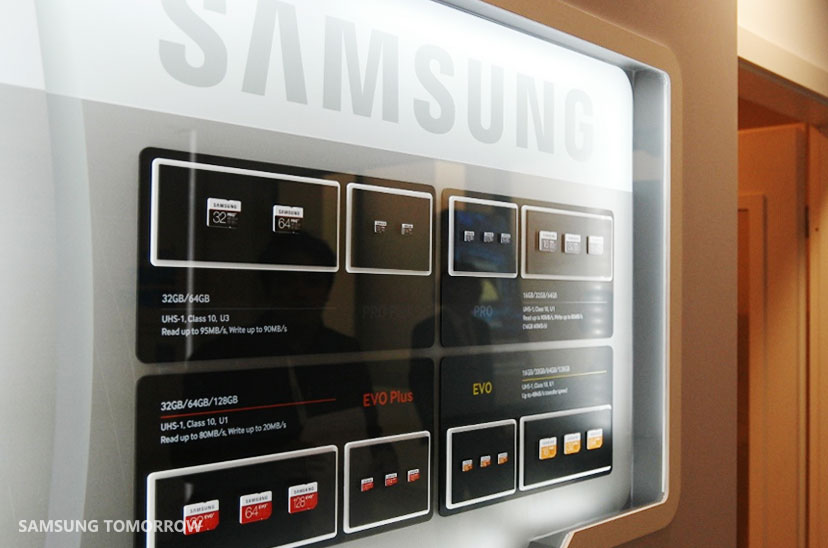 EVO, EVO Plus, PRO and PRO Plus Memory Display

Within Samsung’s memory cards, the PRO, PRO Plus, EVO and EVO Plus were showcased. Memory capacity ranged from 16GB/32GB/64GB memory capacity in the PRO, 16GB/32GB/64GB/128GB in the EVO, 32GB/64GB in the PRO Plus and 32GB/64GB/128GB in the EVO Plus. Samsung’s newest line of memory will allow consumers to choose the best memory solution, tailored to their specific needs and requirements.

One of the most excited displays, however, came from Samsung’s SSD memory station. The T1, is the world’s first portable SSD drive, offering a sleek design and immaculate memory storage capacity of 1 Tb, as well as speed and functionality. Every valuable file can now be stored in a beautifully designed, portable SSD drive than can fit easily and discretely into a pocket. 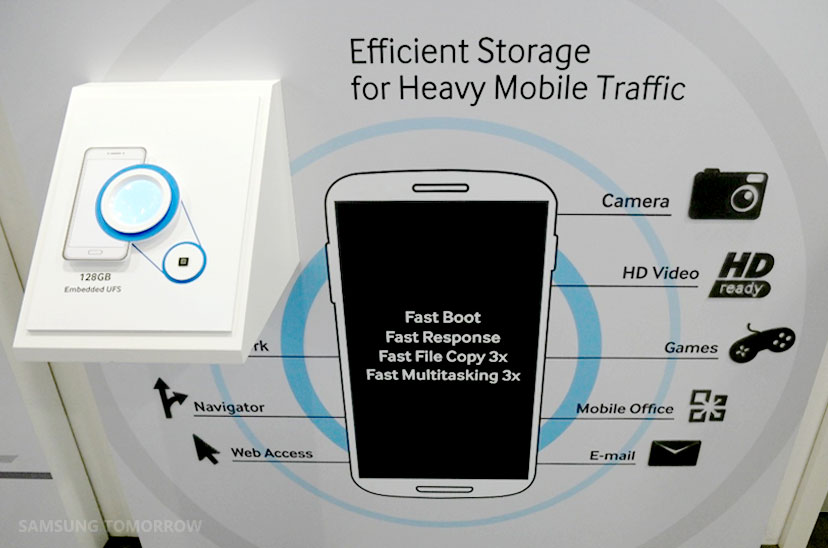 Samsung’s Universal Flash Storage offered attendees a closer look at how the advantages of eMMC and SSD can be brought together to create the next generation of solutions within the memory ecosystem. Samsung’s UFS is fast to boot, fast to respond, fast to copy (3x faster), and will allow users 3x the multitasking capabilities. 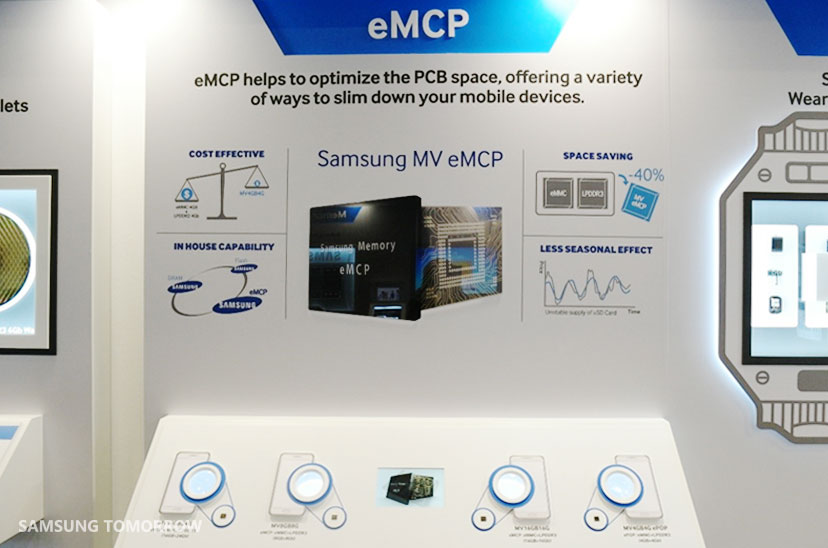 Samsung’s Memory Solutions exhibition at MWC is a true example of how a technology company is pushing the boundaries in memory innovation and keeping the consumers’ best interest in mind, while also considering design and efficiency to produce the best products available.