An Unexpected Path: From a Go Player to a Marketer – Soolim Lee

Go, also known as Baduk in Korea, is believed to be the oldest existing board game in the world, with a legacy that stretches back some 3,000 years.  Go requires skill, strategy and subtlety to navigate its infinite move combinations, and yet its rules are so simple that a child can play.

One individual who has played since childhood is Samsung Electronics employee Soolim Lee, whose professional life almost took a very different turn – she was an up-and-coming member of the Hanguk Kiwon [Korean Baduk Association] at the young age of 14. The unique story of Lee’s journey to Samsung is just one example of the diverse range of backgrounds the people that make up Samsung come from. 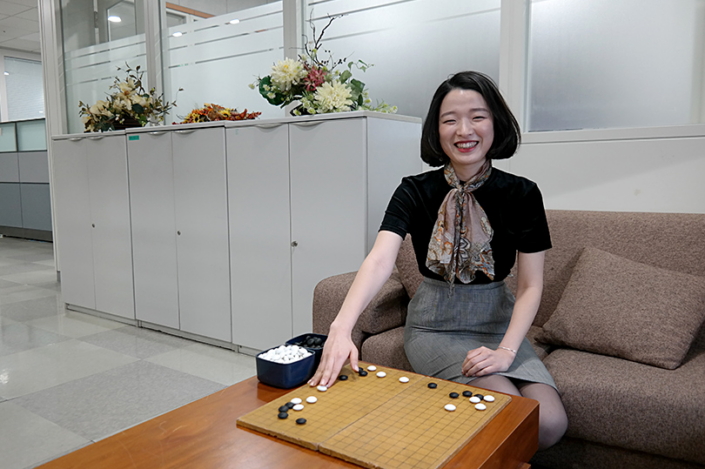 Aspiring Go professionals typically begin apprenticeships at a young age and train for many years. Having encountered the game when she was a child, Lee obtained a 4 dan advanced amateur ranking at just age 14, the fourth highest among the 25 levels of amateur Go in Korea.

A Go player from a young age, Lee won her first award even before hitting her teens

This passion led Lee to eschew traditional education and enter the Hanguk Kiwon instead of middle school. Lee aspired to be a Go commentator and decided that she needed to properly learn the trade in order to achieve this. “I wanted to be around the game,” says Lee. “To be good at Go, I believed I shouldn’t divide my attention between it and studying, so I chose to go to the Kiwon.”

Daily life was very different for Lee in the Kiwon than it was for other 14-year-olds. Instead of days spent studying a variety of subjects, Lee and her fellow Hanguk Kiwon members only played Go. This training granted Lee precision, discipline and, with her 4 dan advanced amateur ranking, the skill to embark on a professional career. But this was not the path Lee was to take.

After a year of life in the Kiwon, Lee had a realization. “Everyone’s dream at the Kiwon is to become a pro,” she notes. “But it is not that easy. I couldn’t help but notice the big gap between what I wanted and what everyone else was pursuing.” The culture that emphasized ‘Soodam’ (手談, to communicate with only hand gestures during gameplay) over verbal conversations also impacted the 14 year-old aspiring commentator. And so, Lee left the Kiwon and returned to the classroom.

Life for Lee back in regular education was not simple; not only did she struggle academically because of her time away from school, coming 300th out of 500 students in standardized tests, she also felt displaced, having turned her back on the career as a commentator she had pursued for many years. She felt lost – until a new opportunity arose in the form of a year of studying abroad in the U.S. 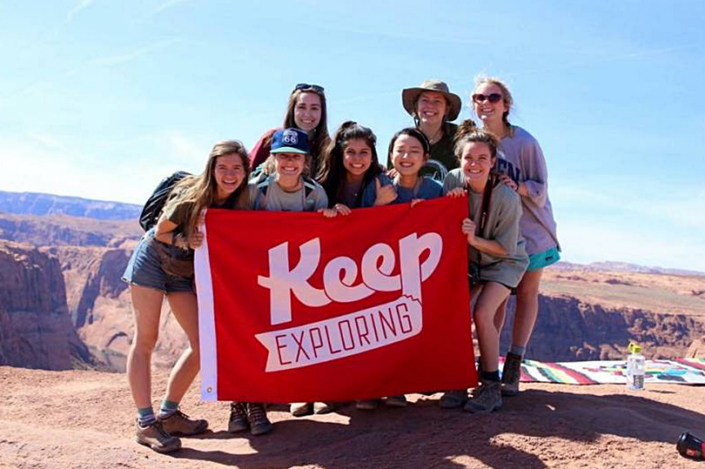 Lee poses with friends on a trip to Horseshoe Bend, Arizona, during her year abroad

Lee recalls this time in the U.S. as especially formative. “I remember how amazed and proud I was by the Korean brands I came across during my travels. I visited New York City and saw the Samsung billboard in the heart of Times Square. My heart beat so hard when I saw that.” Returning to Korea, Lee found motivation in her new goal – to contribute to a global brand and to make her mark there.

Much like how the dedication she’d exhibited for Go had led her to the Hanguk Kiwon, Lee’s new focus drove her to work harder than ever. “I don’t remember working so hard in my life,” she recalls. “I ate lunch as I was studying to save time.” Consequently, her high school ranking went from 300th to 1st, and she was then able to study French at the university of her choice.

After graduating, Lee was accepted into the Europe & CIS Product Marketing Group of the Mobile Communications business at Samsung Electronics. “Our products are essential electronics that affect people daily,” says Lee of Samsung’s global impact. “From the alarms that wake people up in the morning to the smartphones they go to bed with, our products are things that people can’t do without.” 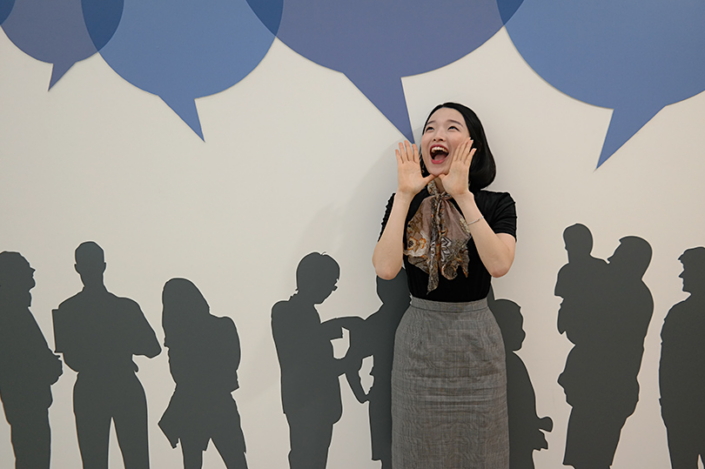 Lee still values the things she learnt during her time spent in the Hanguk Kiwon, but now she boasts not just a prolific past in Go but also a promising future in international marketing

Now Lee is able to bring her passion for worldwide integration into the work she does every day. “It makes me proud to see people on the streets using a Galaxy smartphone, especially when they’re on the other side of the globe.”

The character-building experiences had by Lee are what make her a dedicated and valued part of the Samsung family. Lee’s story is an example of the complex and diverse journey individuals take in order to achieve their goals, and also that a change of heart is not always a bad thing.