I’ve had the great opportunity to be a part of Baselworld for the past 20 years.  The show is the yearly mecca of luxury watch and jewellery brands and those that admire their products.

This year there’s a new player in town causing quite a stir: Samsung.  The tech leader is first with a significant presence at the show. It’s a historical milestone and a sign of change that the traditional watch industry must embrace.

For the past 500 years the Swiss have been focused on honing the craft of watchmaking. They have been dominant and really focused on competing against themselves. Other than a brief interim with the Quartz watch, the industry over the last thirty years has not made any drastic changes and rather focused on small refinements.  Now we are seeing a new era, that is requiring the industry to re-think the definition of “the watch”. Is the watch simply a timepiece, a masterpiece in design and a feat in craftsmanship? Or in todays connected age, should it offer its user the ability to do so much more?

Younger generations are less focused on traditional watches and are shifting the demand. They are looking to the lifestyle benefits of smartwatches. And at first these watches weren’t considered serious by the industry, but now they are taking notice – and many realizing there is a place for both tradition and innovation.

We are in very interesting times in the watch industry, where the two spheres of artistry and technology are moving closer together. Technology has shifted from being an industry associated purely for gamers and coders, to one that affects everyone – no matter profession or hobby. As the worlds of horology and technology converge, fresh ideas and prospects can be created, that both traditional watchmakers and newcomers can mutually benefit from.  The link between traditional watches and smartwatches is becoming stronger as technology and lifestyle become intertwined – and the Gear S3 is a perfect example of this. The Gear S3 speaks both languages: design that can easily be mistaken for a classic Swiss timepiece and technology such as GPS and music streaming enhancing various lifestyles of all users.

That’s why I am thrilled to collaborate with Samsung and to be with them here at Baselworld. It’s been an exciting journey to collaborate with a company that is committed to delivering a product that draws on craftsmanship and blends it with innovation. To me it’s just one part of how the industry can, and really must adapt.  If you stick to the same thing, the industry will be left behind.
A watch creates a sense of a tribe, a community, a badge, an identity – it’s about the emotional connection.

I think that feeling can come from a classic timepiece or smartwatch. That’s the beauty of a watch collection – there is room for both. And as tradition and digital innovation continue to marry, the watch industry has a fantastic opportunity to evolve and progress towards a smart future. 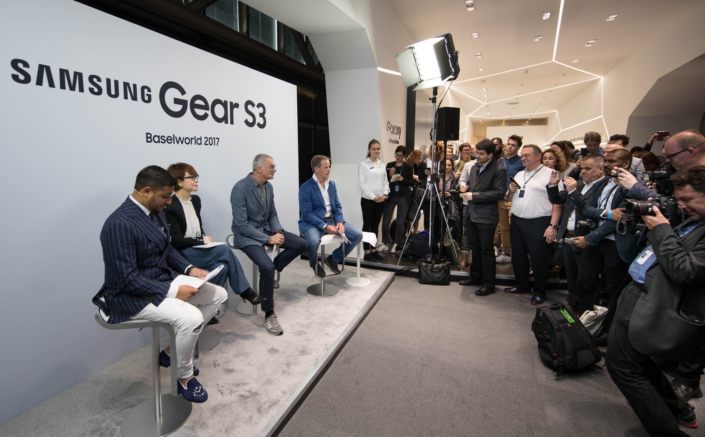 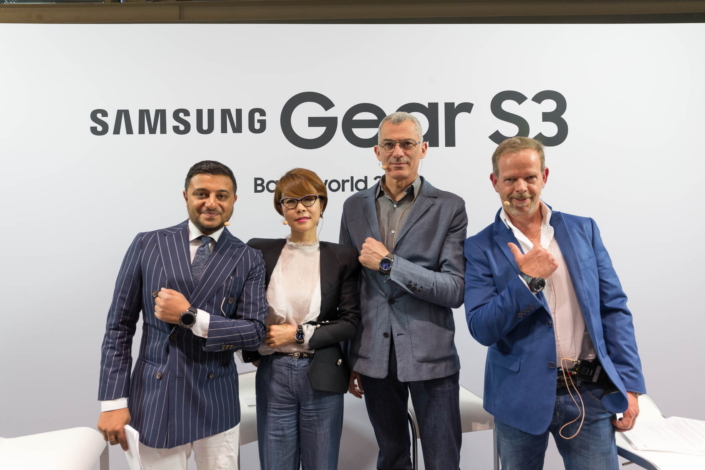 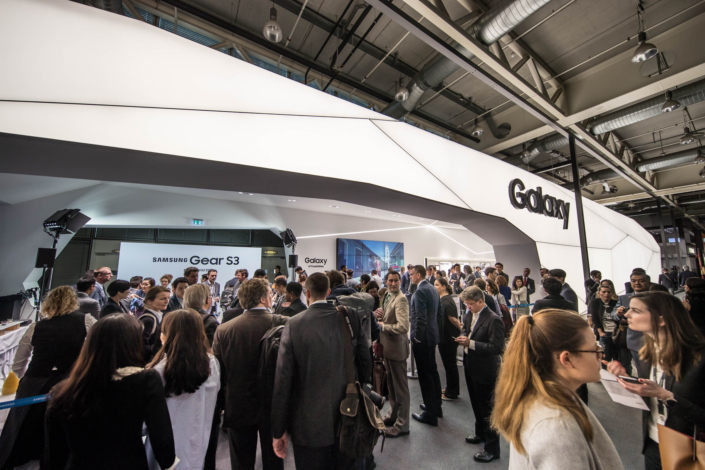 Samsung’s Galaxy Studio at Baselworld 2017 displays its latest smartwatch, the Samsung Gear S3, as well as concept watches and other innovative variations of the device. 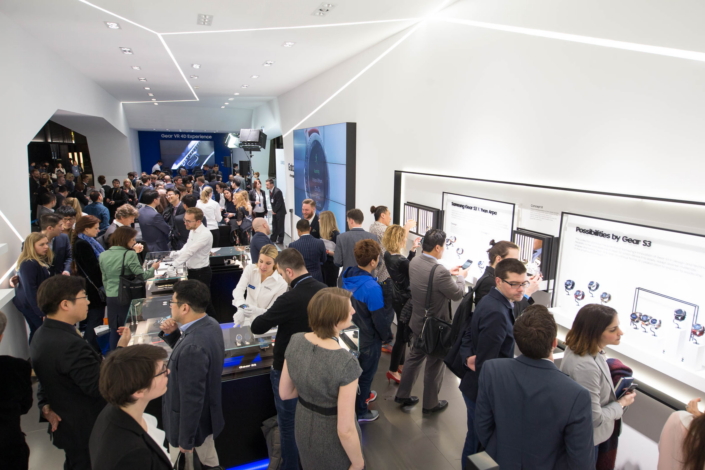 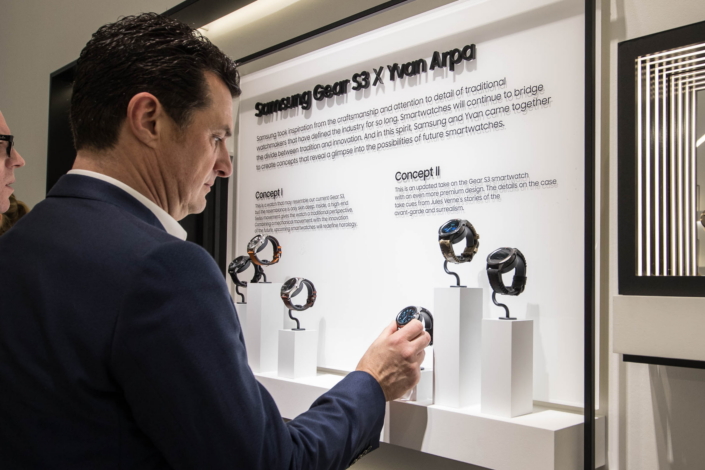 A participant observes different variations of the Samsung Gear S3 in the Samsung Galaxy Studio at Baselworld 2017. 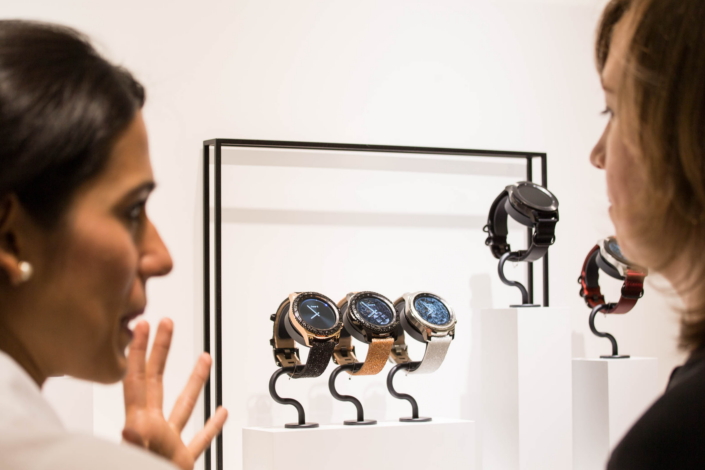 A participant examines a selection of Gear S3 concept watches, which combine the smartwatch’s aesthetic with Swiss-made movements and detail. 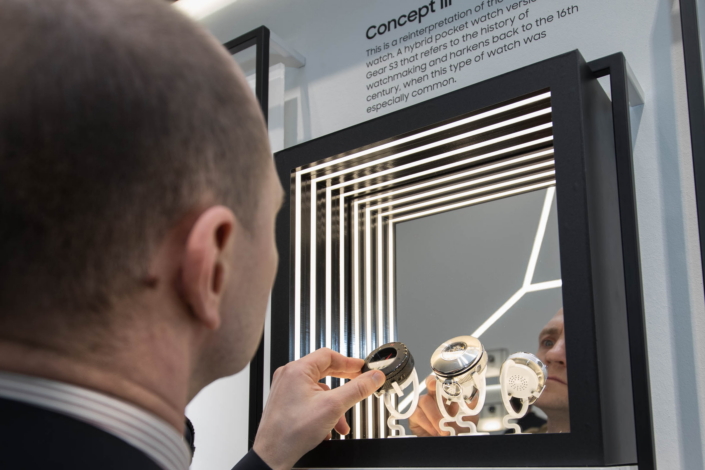 A visitor to Samsung’s Galaxy Studio at Baselworld 2017 gets up close and personal with the hybrid pocket watch version of the Gear S3, the third concept watch developed by esteemed luxury watch designer Yvan Arpa. 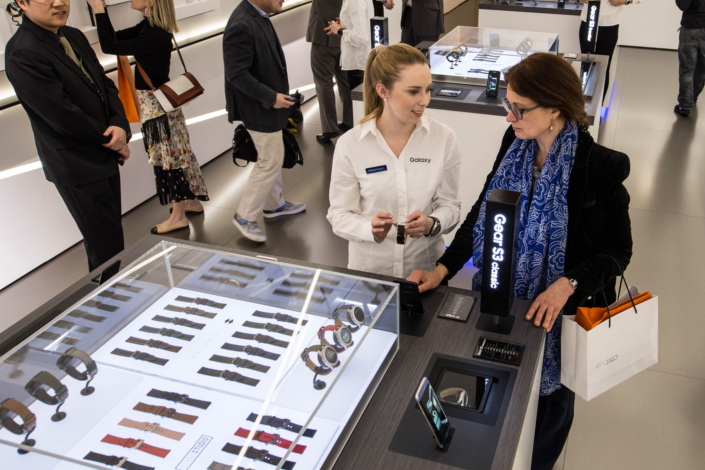 A participant examines the Gear S3’s wide selection of available straps, which allow wearers to customize the smartwatch to suit their personal style.