Kicking off the Samsung SpaceSelfie campaign, Cara’s stratospheric shot sees the launch of her first solo selfie in space with the Earth backdrop in full view 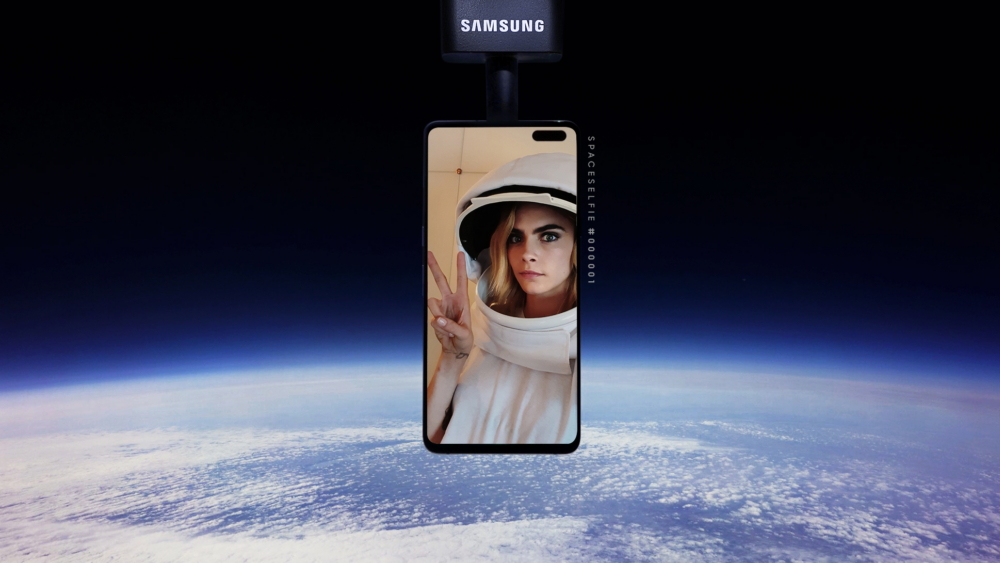 Samsung Electronics today unveiled the world’s first selfie sent to space, captured by actor, model and philanthropist Cara Delevingne and shown for the first time during a celebrity-filled event at the newly-opened Samsung KX experience space. The selfie is the first of many that Samsung will lift into the stratosphere this month as part of SpaceSelfie, a mission to give everyone the chance to get their face in space.

The event was hosted by Radio 1 DJ Clara Amfo who introduced Cara as she revealed her playful first SpaceSelfie – captured on her Samsung S10+ – with Cara holding up a peace sign and wearing an astronaut helmet. The moment was also commemorated with an epic group selfie, taken by Cara herself, and featured A-list event attendees including; Italian rapper, singer and songwriter Fedez, best known as a judge on the Italian X Factor and his 2019 hit ‘Holding Out For You’ featuring Zara Larsson.

Cara Delevingne said, “I’m honored to be Samsung’s SpaceSelfie pioneer! To celebrate, I wanted to take the first group selfie to go to space. I can’t wait for my fans to join us in space and get their hands on a SpaceSelfie of their own.” 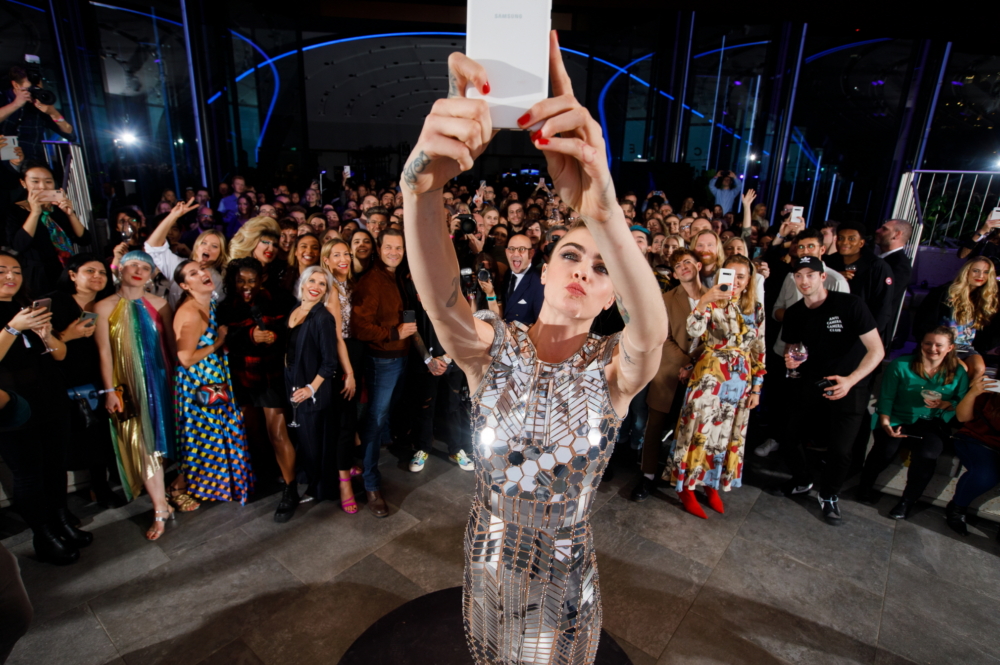 In 2014, the world’s most famous selfie taken by Ellen DeGeneres at the Oscars was taken on a Samsung Galaxy Note3. Five years later, Samsung has taken it one step further with this first SpaceSelfie, captured on Delevingne’s Galaxy S10.

SpaceSelfie gives consumers the chance to join Cara in space by uploading a photo to Samsung’s ‘Mission Control’ website: www.samsung.com/spaceselfie.

Images will then be selected at random, displayed on Galaxy S10 5G’s 6.7-inch screen and captured using a unique view of planet earth as the backdrop. This photo will be sent back down to earth for its owner to share on social media.

“Tonight, we made history by unveiling the first selfie sent into space. Our relentless pioneering spirit continues to show that amazing things happen on a Samsung screens – even from the stratosphere.” says Benjamin Braun, Chief Marketing Officer, Samsung Europe. “Our ethos is Do What You Can’t and the Samsung SpaceSelfie is just that. We continually break the boundaries of what is possible with innovation and tonight’s SpaceSelfie launch is no different.”