[Essay] Samsung OneWeek: Sharing the Gift of Education with Children in Kazakhstan

This article is based on an original essay by Eunsung Lee from Samsung Electronics’ Mobile Communications Division,
and was edited by Samsung Newsroom

Last February, Samsung Electronics announced its vision for its global citizenship program – Enabling People. The company has been running numerous volunteer youth education programs for over a decade, and since the recent announcement has been strengthening the programs it offers in the interests of enabling young citizens the world over. 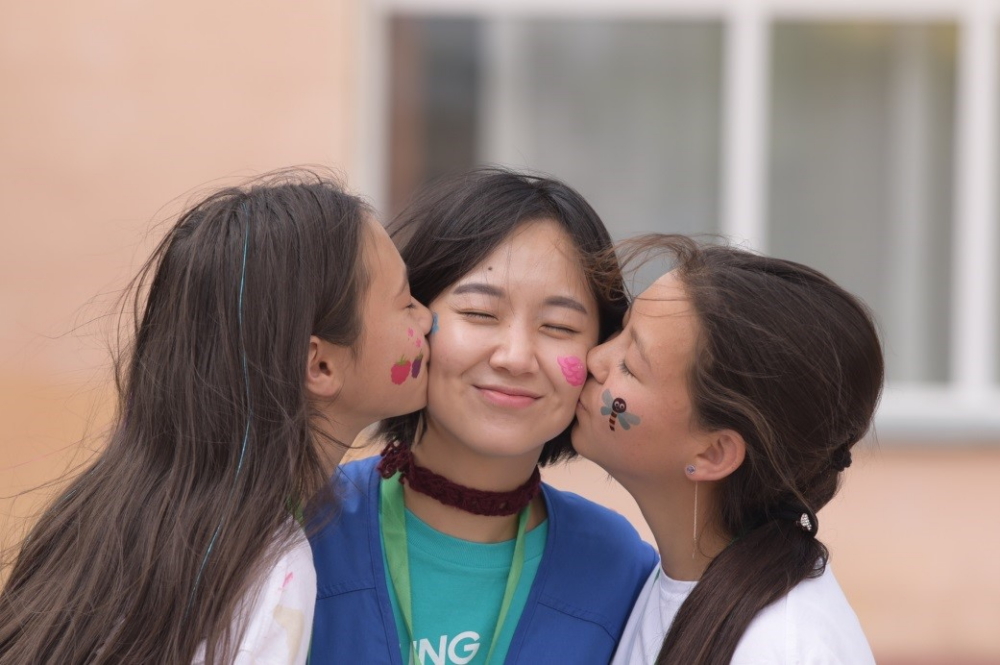 I was part of the second volunteer team to travel who visited Kazakhstan, a country 27 times the size of my native Korea but with less than half the population. There, we participated in activities like showing children how to use computers and teaching them about coding. I was pleased to have been given the opportunity as, in order to take part in Samsung OneWeek, employees have to be ready to use up five days of their annual leave – but competition for the program was still fierce.

Getting to Know the Kazakh Community

Despite extensive preparation and constant review of our education materials during the long journey to Kazakhstan, we were still inevitably nervous once we arrived to greet the children we would be volunteering for and spending time with.

At first meeting, they appeared cautious, but even as we formulated the best way to introduce ourselves, they quickly broke out into boisterous cries of welcome.

Following that, the local students entertained us with songs and dance performances they had prepared. Us OneWeek members provided snacks and toys to the mix, and quickly, our nervous first meeting had become a party.

One member of our team even broke into funny faces to make the children laugh, and soon enough we were chatting and having fun as if we had known each other much longer than a matter of hours.

Education Against All the Odds 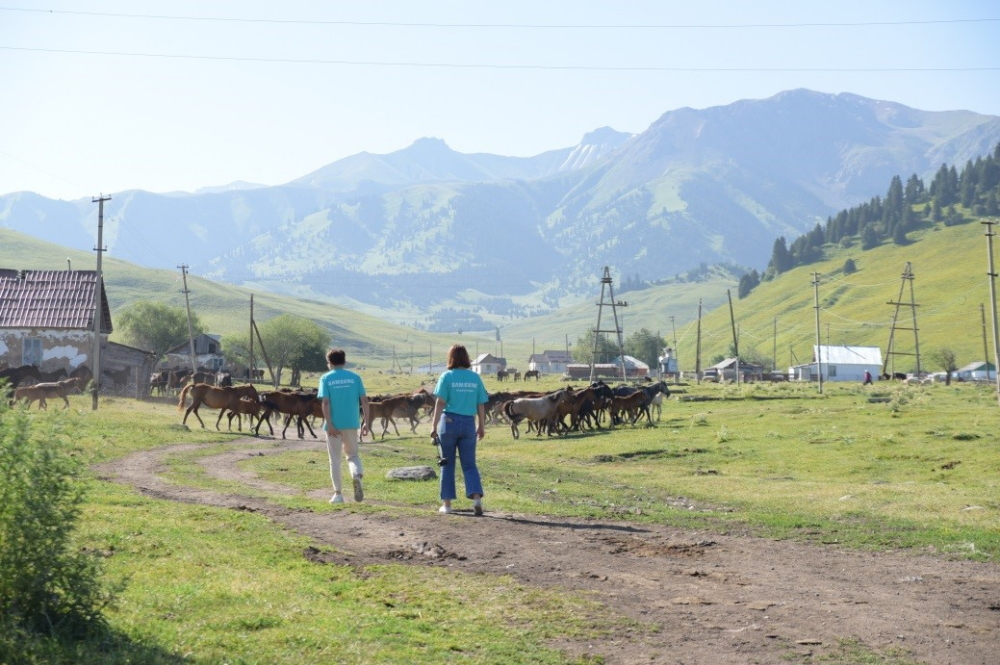 After this opportunity to get to know the children, we busied ourselves with immersing ourselves in their daily lives. By contrast to the school start times we were accustomed to back in Korea, we learnt that these Kazakh children arrived to school around 10am. 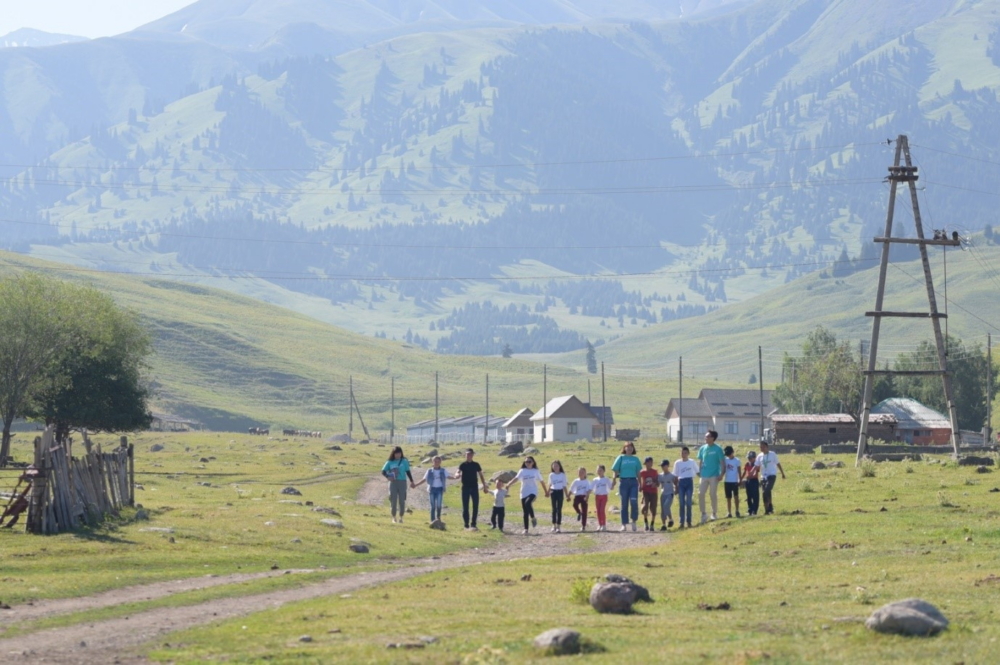 In order to fully understand this daily routine, we traveled on the school bus that departs their area, a village near the border, at 6am every morning. Having traveled along a dirt road for hours to reach the Mynjylyk area, we encountered a military barrack complete with guard checks, an obstacle in this daily journey that is due to the proximity of the border. Having gone through this sobering experience, we were happy to finally greet the children and join them as they began the school day.

Once at the childrens’ school, our volunteering activities began in earnest. We taught children how to use Scratch, a universal coding methodology. Despite the difficulty of the subject, the language barrier and the resulting slow rate of progress, the children were enthusiastic and eager to learn throughout – we found ourselves often conveying key messages to each other through body language alone.

Given that a primary means of employment in this mountainous area of Kazakhstan is livestock rearing, we also held educational IT sessions for local nomads, many of whom had never even seen a computer before but who approached the task with just as much enthusiasm and determination to learn as the children had.

Experiences from the Heart

Our time in Kazakhstan was a gift to all of us who went, but we were especially touched when, upon the conclusion of our time with them, one child brought us a gift of hand-milked local horse milk. Such generosity inspired us to return, and to work harder at our next volunteering opportunities to give back and share as much as we can.

Every member of the Samsung OneWeek in Kazakhstan team had a great time sharing their knowledge to the best of their abilities and engaging with the local community despite obstacles. We hope that the Kazakh people we met will remember us, the teachers in blue, just as we will never forget the heartfelt gifts and experiences they gave us. 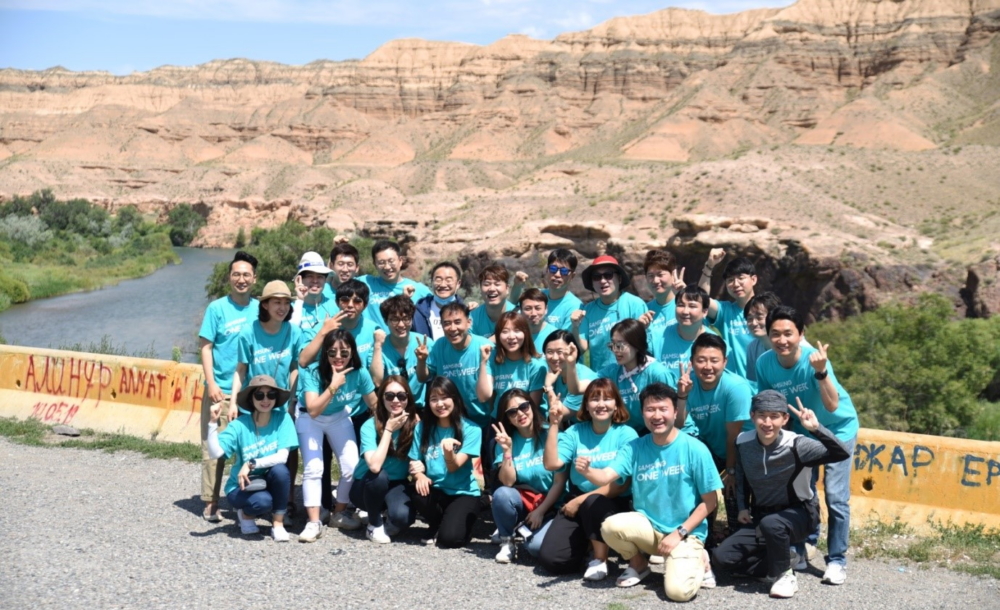