December is half over and New Year’s Day is just around the corner. Getting into the holiday spirit of “in with the new,” Samsung launched a new out of home (OOH) advertising campaign. Seasonal signage, interactive billboards, metro station takeovers and pop-up stores celebrate the new wearable and the new year to come.

As part of the festivities, Samsung is releasing a wide range of holiday-themed watch faces, including winter landscapes, snowflakes, snowmen and snow globes. There are even faces that look like Christmas sweaters, Christmas trees and more. And as usual with the Gear S2, you can customize the faces, and try out a variety of colors and looks. 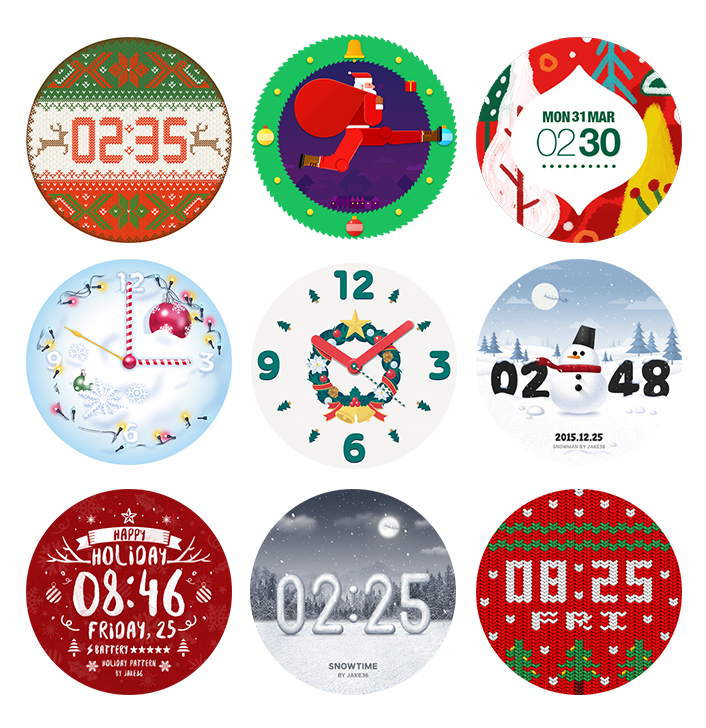 In addition, the festive Gear S2 greetings, showcasing the special watch faces for both the Gear S2 and the Gear S2 classic, are surfacing all over Europe and Asia. A coffee shop on Seoul’s popular Garasugil Street, in the famous Gangnam district, is operating a fanciful Gear S2 pop-up store until the end of the month, full of holiday cheer. It features such attention-getters as an entrance decorated like a giant present, a large LED installation depicting the Gear S2 and a Christmas tree full of watch-face ornaments. There is also an experience zone on the first floor for visitors to try the Gear S2.

Take a look at some of the colorful ways that the Gear S2 is appearing around the world this holiday season. 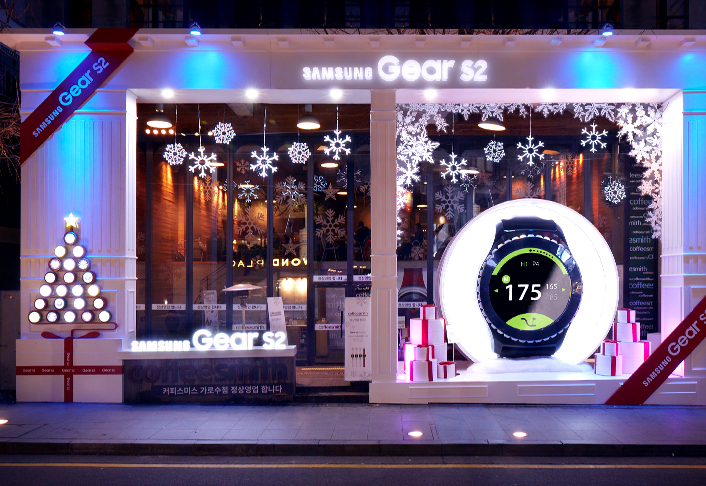 A coffee shop in Seoul. 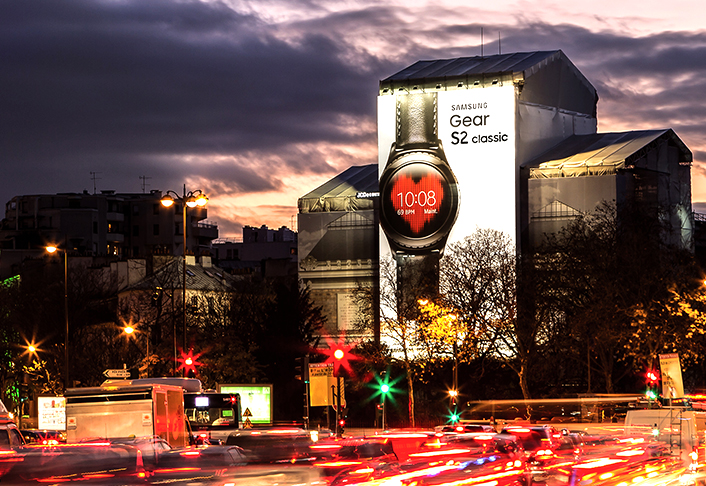 Gear S2 on the wall of one of the world’s top museums, the Natural History Museum in Paris. 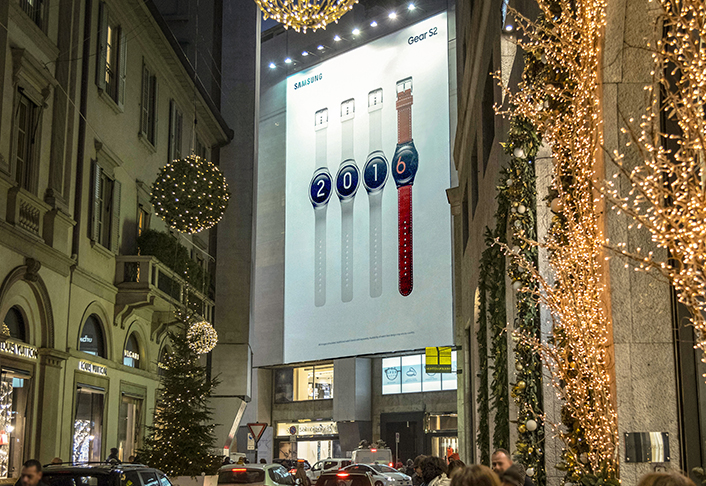 Gear S2 at the center of Italian fashion, Via Montenapoleone, where luxury brands and products are showcased in Milan. 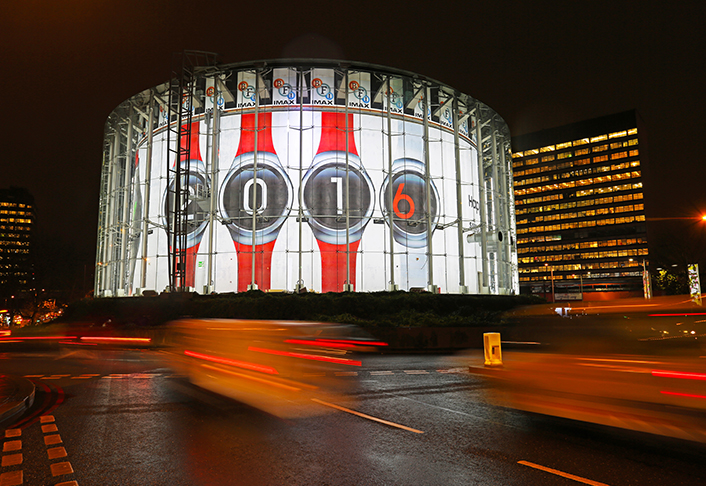 Gear S2 filled the walls of the BFI IMAX cinema in London. 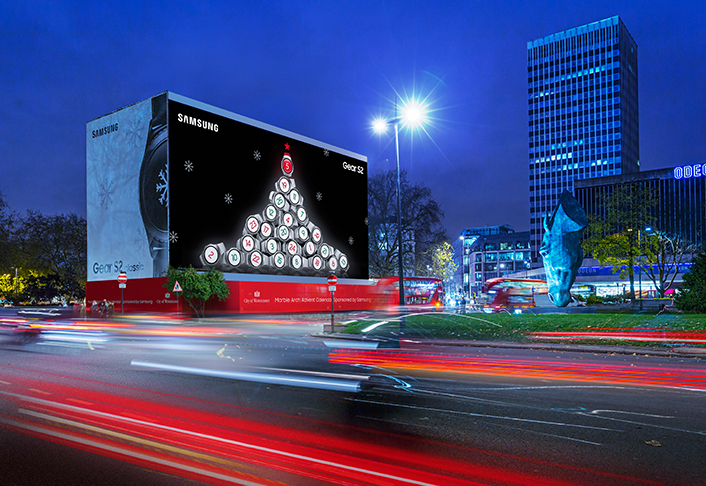 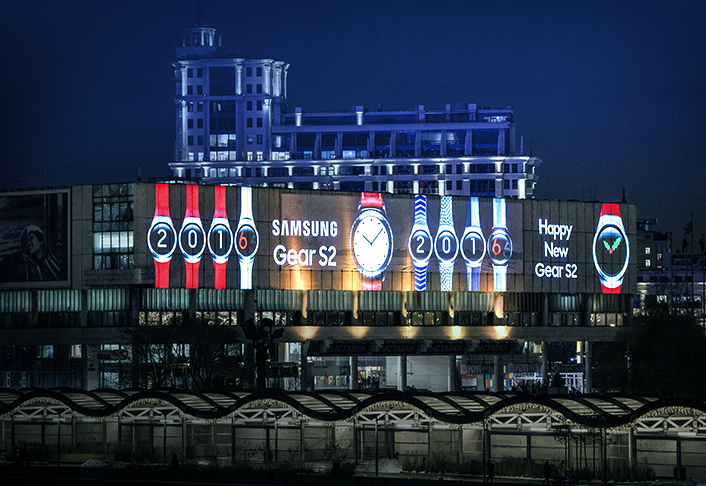 Central House of Artist in Moscow.