Design is more than just visible beauty, it is a philosophy. From the Curved UHD TV to the latest Galaxy Note Edge, Samsung products have been creating value and making meaningful changes to our lives through their design. 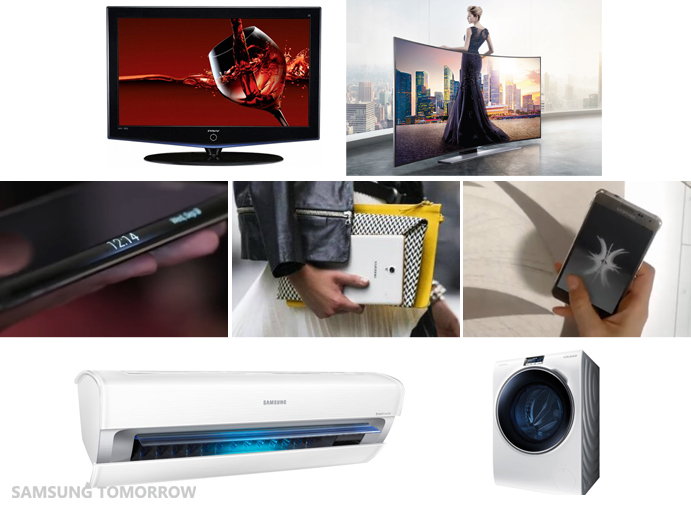 While focusing on a better product design for users, Samsung also has been fostering design talents. Samsung took initiative to develop design talents in the 1990s; In 1993, it launched ‘Samsung Design Membership,’ an internship-type program for college students. In 1995, it established ‘SADI (Samsung Art and Design Institute)’ in Seoul. We’ve put together a series of articles showcasing SADI alumni and the Samsung Design Membership, but in today’s first installment we want to spend time on what ‘SADI’ is all about with help from the President of SADI, Youngjun Kim.

Establishment of SADI: “Design, core competitiveness in the 21st century”

“Design is the key to the next innovation, and cultivating talented people is at the heart of the Samsung’s corporate philosophy. Therefore, we established SADI,” said Youngjun Kim, the President of SADI. In partnership with Parsons, a prestigious design school in New York, SADI implemented an advanced curriculum and has provided practice-based education since its establishment.

President Kim is also currently the Senior Vice President of Advanced Design Team at Corporate Design Center, Samsung Electronics. “By taking the both roles, I’m trying to make use of my experience of thirty years as a designer in order to help understand the rapid changes of design industry and offer insight on developing future designers,” said Kim. 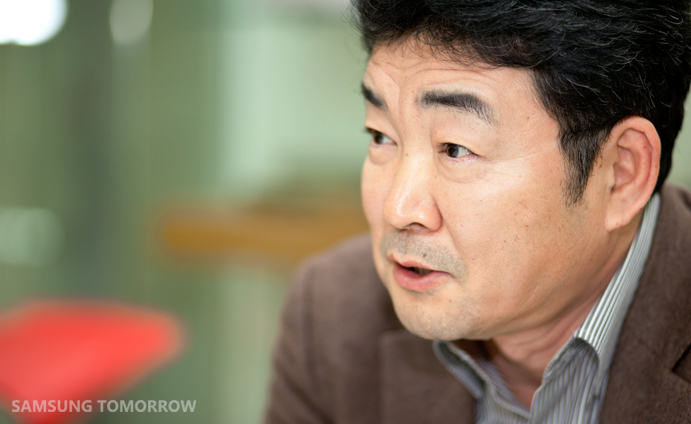 When we at Samsung Tomorrow asked about the characteristics of SADI, President Kim mentioned three main things:

1) Ample opportunities for students from various backgrounds,
2) ‘Foundation Course’ for developing logical and critical thinking skills in fundamental design theories and activities,
3) A student-centered curriculum that is designed to meet students’ needs.

Curious for more details, we asked President Kim to elaborate —

In terms of admission, the evaluation procedure includes a non-performance test and a performance test so that both non-major students and major students in design and/or arts can apply. Even if you’re an engineering major, for example, but want to start studying design, you are able to apply for SADI by simply submitting your documents. 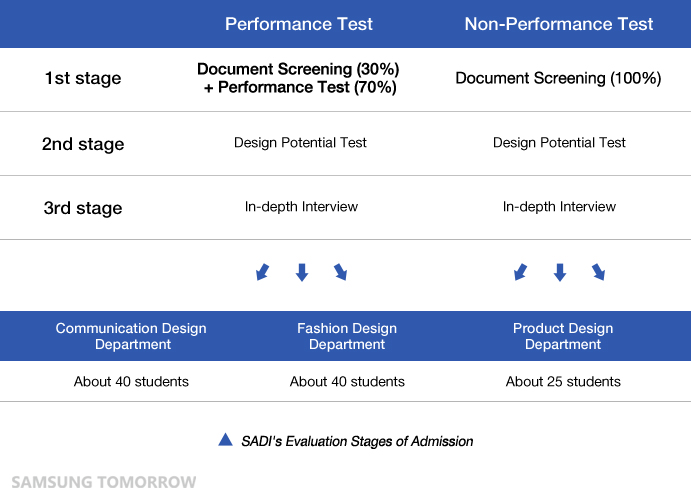 Thanks to the flexible admission policies, students can meet other students with diverse backgrounds at SADI, which helps broaden their perspectives. According to Kim, students who had to make the tough decision to change their major or enrolled in SADI after quitting previous jobs tend to be extremely passionate.

“Age or major, SADI doesn’t set any limit for its admission. Passionate students of various ages and backgrounds are one of the unique assets and characteristics of SADI,” Kim emphasized. 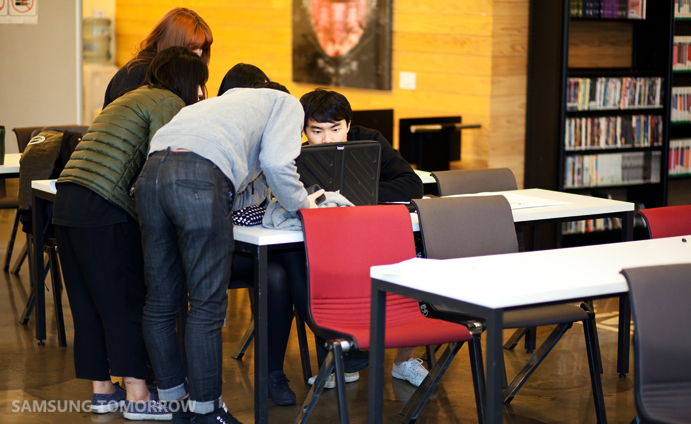 ▲Students in the SADI Library

Every SADI student is required to take a Foundation Course in the first year. Consisting of the fundamentals of drawing skills and visual analysis, the Foundation Course provides students with the opportunity to strengthen the basic skills of design. Building a solid foundation is one of the key objectives of SADI.

“Except for SADI, there are no design schools offering courses that teach the basic design elements such as dot, line, and face. Skills can be developed over time, but creativity comes from solid foundation. SADI’s Foundation Course encourages creativity and critical thinking skills which are essential for designers in the long term,” Kim explained. 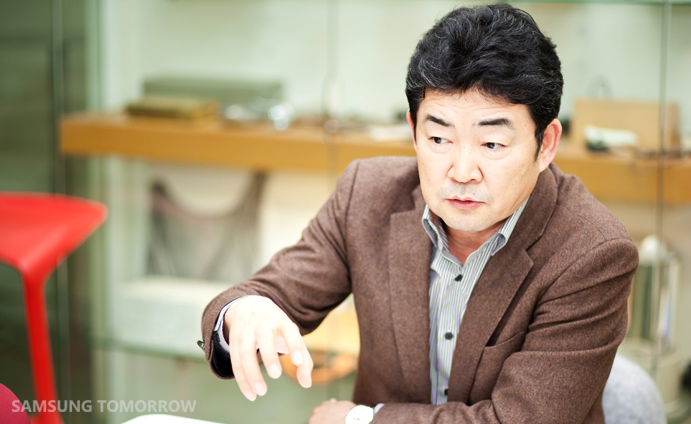 ▲“Foundation Course is the core competency of SADI,” said the President.

Each department at SADI has education planners who are engaged in field work. They understand the industry’s needs and organize the courses accordingly for the students.

SADI makes it mandatory for the 3rd-year students to complete a 4 to 8 week internship to give them opportunities to apply what they learned to actual work. Also, industry-academia partnership projects allow students learn and train based on design theories that are actively used in the industry. 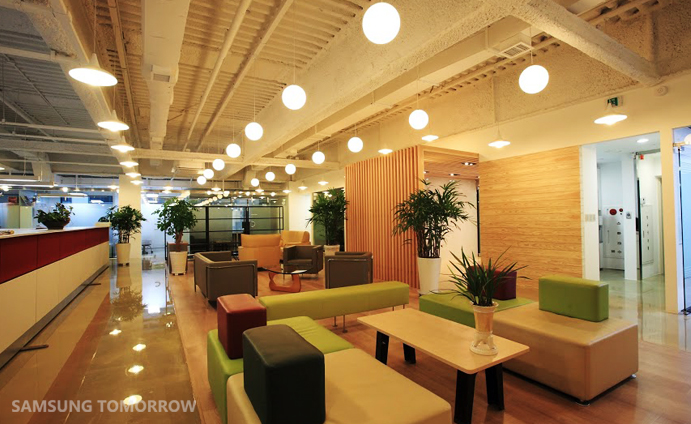 “In July 2010, SADI opened the Master’s course (MDes program) in partnership with Cardiff Metropolitan University,” added Kim. The MDes program is delivered jointly and has been designed to allow students to study at Cardiff Metropolitan University, for the first semester, and in SADI for the remaining two semesters. Students are able to take advantage of the expertise and knowledge present in each institution to enhance their understanding of the global product and experience design employment market.

SADI’s influence in the industry

So far, SADI has produced 972 alumni in total. Comparing to its history, the achievements are quite remarkable. From a title sequence designer who worked on famous films like “Spider-Man 3” and “Iron Man” to a fashion designer who won the first prize at H&M Design Award 2013, SADI graduates have been actively working in the field of design. Also, the current students have won more than 100 international design awards in total (24 iF Awards, 11 IDEA Awards and 68 Reddot awards, as of 2013). 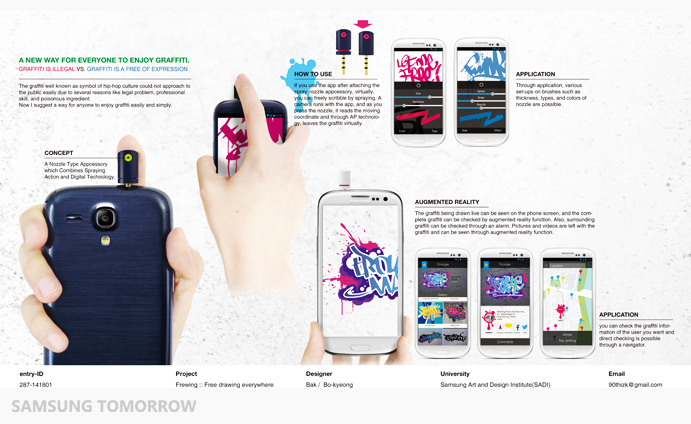 ▲Frewing by Bokyeong Bak (Winner, iF concept design award 2014)
Smartphone App and Accessories for enjoying Graffiti. After attaching the spray nozzle to the smartphone, the graffiti is drawn on the phone screen as you scribble by spraying. Using the app, you can adjust the types, thickness, and colors of the brush. The graffiti information is saved and you can share it with other users. 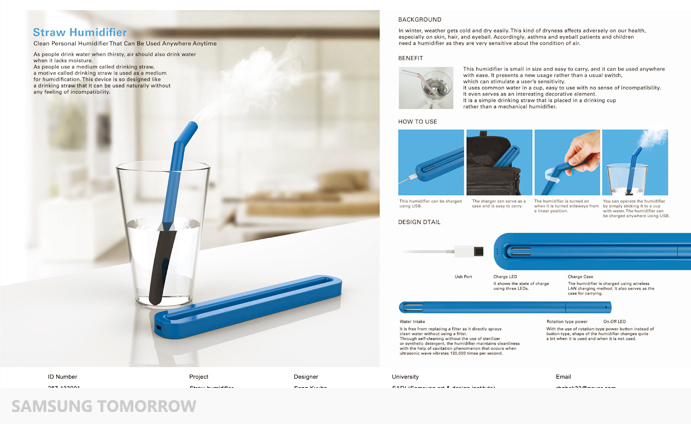 ▲Straw Humidifier by Kyuho Song (iF concept design award 2014)
A personal air humidifier that can be used anywhere, anytime.
Designed to look like a drinking straw, it fits naturally into any environment. 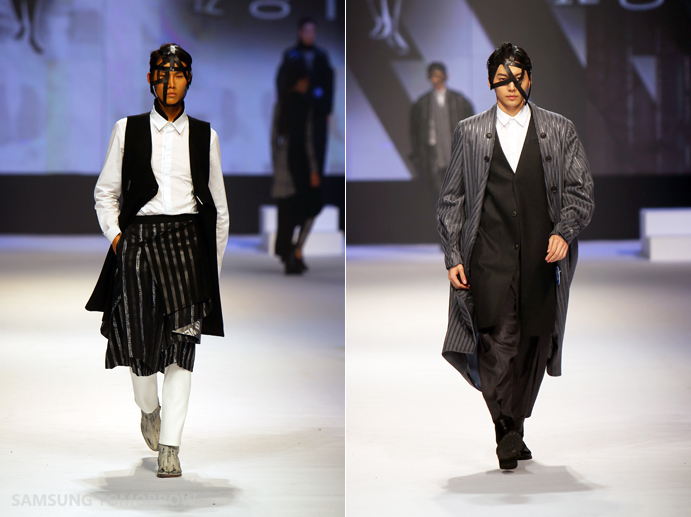 ▲We Are Not by Jung Ku Young (Winner, Korea Fashion Design Contest 2014)

Stripes are used to express the gradual change of flat elements in the Korean traditional dress.

Kim concluded by restating the purpose of SADI. “I think it is important for a company to recruit talented people but developing talent also matters. Sure it is called ‘corporate responsibility,’ but corporations really have to commit to education and cultivating talent. I expect SADI to be a cornerstone of this.”

At SADI, Smart Education using Samsung Electronics’ Smart School products is also in preparation. With tablets and mobile devices, courses can be more interactive and students’ artworks can also be organized into digital archives. With the most advanced IT infrastructure Samsung supports, SADI is looking to shift the paradigm of design education.