The company recently received the official HDR10+ logo certification for its 2018 Premium UHD and QLED TVs, including QLED 8K – a testament to the displays’ ability to produce lifelike images that depict content as creators intended. Samsung also continues to forge partnerships that are delivering premium viewing experiences to more consumers’ homes.

Samsung Newsroom recently sat down with Yeong-Taeg Kim, Vice President of Samsung Research America’s Digital Media Solutions Lab, to learn more about what the company is doing to expand this technology, and offer more people access to the best HDR content available. 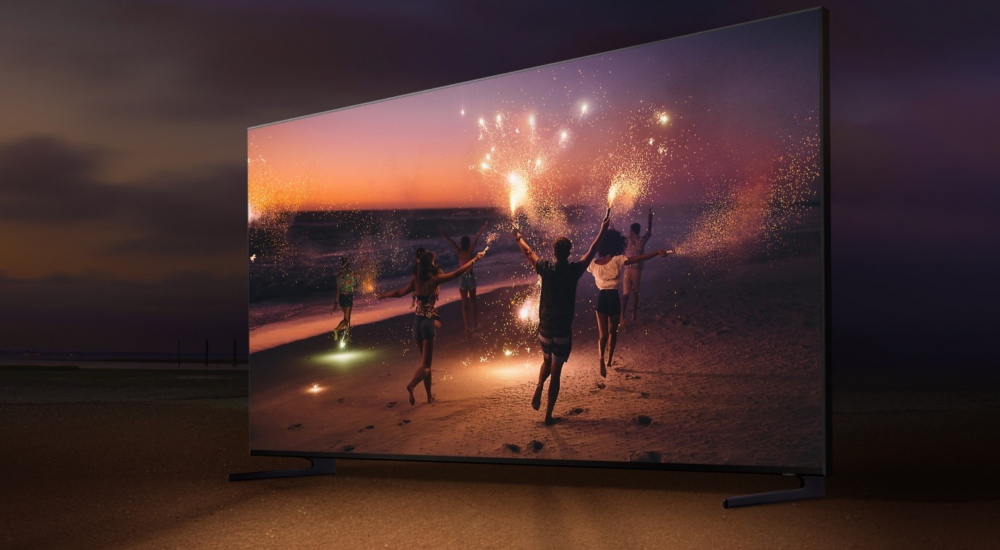 Introduced in 2017, HDR10+ reproduces colors with a level of accuracy that was previously impossible to achieve.

With most TVs, there’s an inevitable gap between the dynamic range of colors that the display is capable of producing, and the depicted content’s true colors. Traditionally, in order to approximate the appearance HDR, TVs with limited dynamic range have utilized a process known as ‘tone mapping’ to amplify images’ color. However, unlike previous HDR10 iterations, which utilized static tone mapping, in which color enhancement is uniform from scene to scene, HDR10+ employs dynamic tone mapping, which allows scenes to be optimized individually.

In a nutshell, the technology enables TVs to preserve creators’ intent in dark scenes and produce brighter highlights, adding a sense of depth to images that makes content seem more realistic and immersive. It works by embedding content with dynamic metadata, which creates an optimized tone-mapping curve based on a mathematical concept known as a Bézier curve. As Kim explained, “While the concept may be somewhat complex, the results are clear: the image optimization creates rich contrast that brings content’s color to life through the beauty of math.”

How It All Started

It all started with a proprietary tone-mapping technology that was developed by the Digital Media Solutions Lab back in 2016.

The tone-mapping algorithm was unique as it was the first in the industry to automatically optimize colors in each scene on displays with limited dynamic range. While the team had originally planned to use the technology as a picture quality differentiator for future products, later that year, when the idea of dynamic tone mapping being the next big thing for HDR10 was the subject of intense debate within the Society of Motion Picture & Television Engineers (SMPTE), the team decided to utilize the technology to develop a new industry standard. A standard that would accommodate device manufacturers, studios and chipmakers, and offer each the freedom they need to innovate.

“We didn’t set out to build an industry standard from the beginning,” Kim explained. “It was the result of having the right technology in our hands at a time when it was most needed. We knew that by opening it up to the industry, we could accelerate the adoption of a ground-breaking innovation that would truly do justice to creators and their content.”

Despite the team’s optimism, creating a new standard was a challenge at first. Even with headquarters and managements’ support at the time, some within the company were skeptical as to whether Samsung would be able to create a viable industry standard that could be adopted by studios, chipmakers and device manufacturers.

The biggest technological challenges laid in creating a mathematical curve that could be used as a base for tone mapping each scene, and figuring out a way to parameterize it into a set of data that could serve as a universal descriptor to represent the tone mapping behavior for a given scene. The mathematical curve not only needed to be optimized for every possible scene, it also needed to be flexible enough to do so. It was therefore important that the team find a curve that would cater to the way studios tend to map their tones: fragmented. 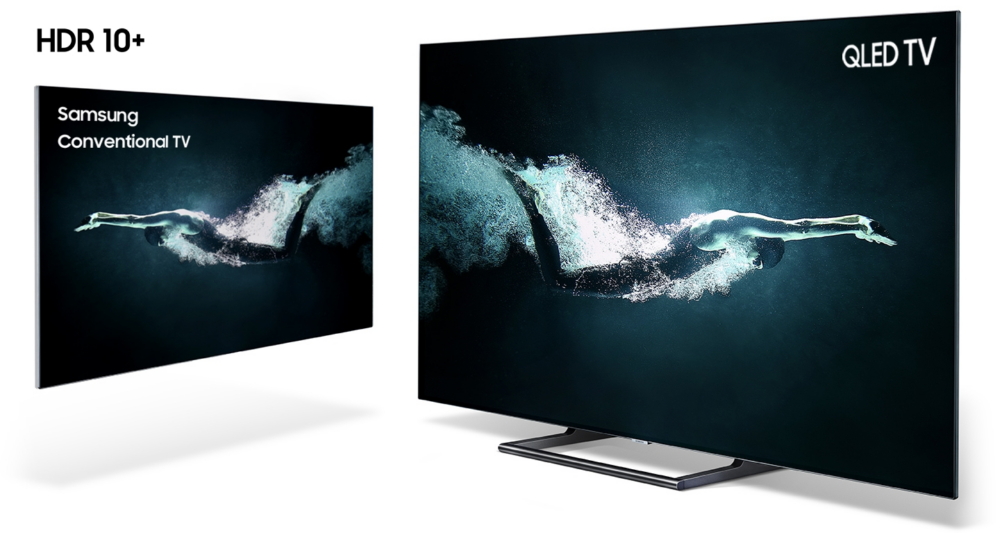 After months of research and multiple simulations, the team, led by Dr. Li Tao, finally landed on a mathematical curve that was flexible enough to do the job.

The idea was to mimic the way that studios edit scenes. The Bézier curve turned out to be the perfect choice for replicating fragmentation, which meant that it would represent creators’ intentions more precisely. However, before they could utilize the curve as a base for creating dynamic metadata through mathematical optimization, the team would have to modify it first. It was at this point that they had the innovative idea to enhance its flexibility by transforming the two-dimensional curve to a one-dimensional data set.

With this increased flexibility came the ability to create optimized tone-mapping curves for each scene. By combining this with an algorithm that automatically transforms each curve into metadata, the team created a powerful tool that would allow Samsung’s TVs to offer consumers truly immersive viewing experiences.

Using the analogy of a master chef sharing a prized recipe, Kim explained the technology’s potential to change the way consumers experience content. “Imagine a chef’s culinary masterpiece, turned into a recipe for the ordinary household kitchen,” said Kim. “Imagine that the recipe is so precise that anyone can use it to create a near-perfect dish. Now, imagine a tool that writes this recipe automatically – instead of the chef – and for all types of cuisines. Finally, imagine that, once they buy the ingredients, the recipe becomes available to anyone.

“Samsung has not only created the standard for writing the ‘recipe,’ but the tool as well,” Kim continued. “But in order for this to happen, we need the ‘chefs’ (the studios), the ‘groceries’ (content providers) and the ‘cooks’ at home (device and chip manufacturers) to all work together.”

Since its official launch last year, HDR10+ has seen rapid expansion, spurred by Samsung and its partners’ decisions to (1) make the technology available to chip and TV manufacturers royalty-free, and (2) make the HDR10+ platform and metadata freely available to content companies, as well as UHD Blu-ray player and set-top box manufacturers.

As a result, we’re witnessing the establishment of a strong ecosystem of HDR10+ offerings, with the power to revolutionize home entertainment. In order to deliver immersive, lifelike visuals to more consumers’ living rooms, Samsung has been hard at work forging HDR10+ partnerships – spanning the worlds of cinema, software and device manufacturing – that are expediting the technology’s widespread adoption.

As Kim explained, the HDR10+ platform was designed to support seamless adoption without substantial economic or technological hurdles. “We have been collaborating with third-party software developers, including Colorfront and Blackmagic Design, among others, as well as encoding-system companies to embed HDR10+,” said Kim. “We’ve demonstrated the quality of HDR10+’s performance, and emphasized the economic aspects of implementation. Compared to HDR10 or other competitors, there are no additional costs associated with implementing HDR10+ for content creation, nor are there additional hardware costs for HDR10+ displays. The new platform’s contents are retroactively compatible with existing HDR10 devices.”

As noted by Kim, with more HDR10+ TVs, SoCs (System on Chip) and AVR and projector manufacturers set to join the fold soon, and more and more HDR10+ content coming down the pipeline, the official HDR10+ logo certification marks an important milestone, and represents the beginning of a new era for picture quality.

“The introduction of the HDR10+ certification logo represents the groundwork that we are setting for the ultra-high picture quality TV market,” said Kim. “Utilizing our leading technology and expertise, we will continue to extend our valuable partnerships while maintaining our commitment to providing consumers with the best HDR content possible.” 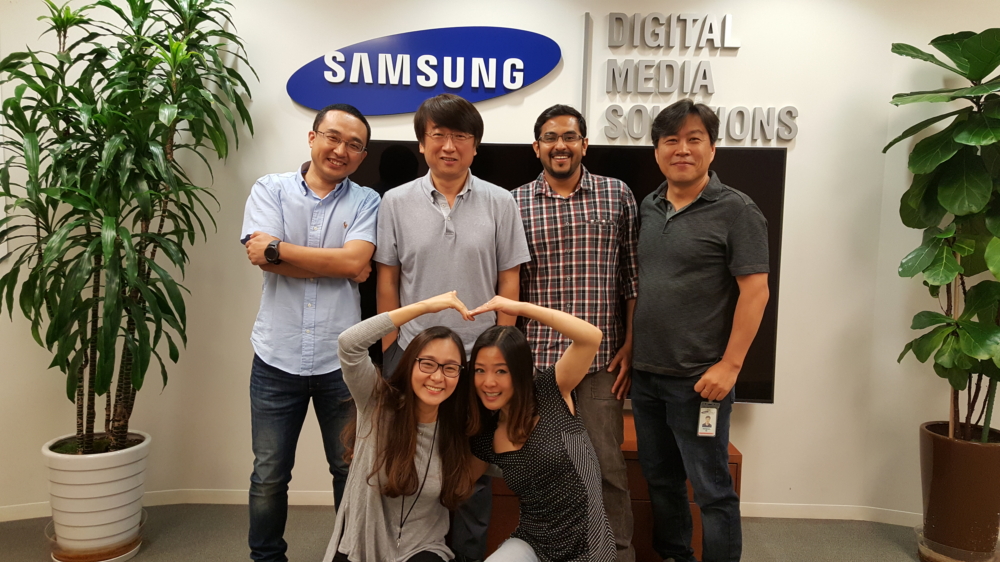