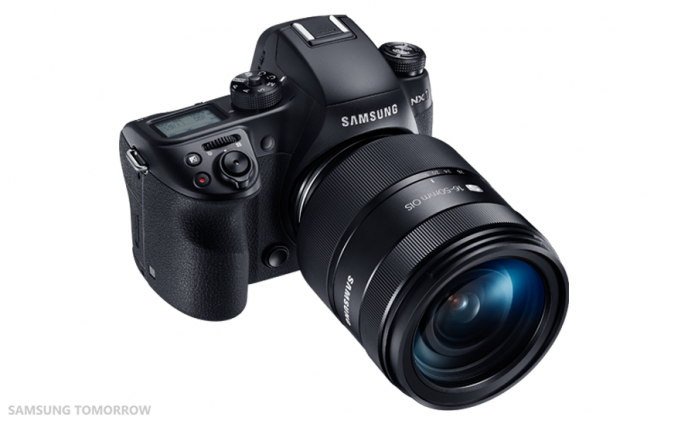 Samsung Electronics announced a firmware update for the Samsung NX1, its premium compact system camera. The new firmware enhances and refines the Samsung NX1’s capabilities, allowing it to operate with even greater precision and speed. Key enhancements focus on movie functions and controls, the user interface and wireless capabilities.

Both budding and experienced film makers will enjoy the variety of Movie mode refinements, which deliver an even more professional filming experience. Not only can users now adjust audio levels while recording video, they can also control ISO and choose from two Gamma modes with Master Black Level Control and three luminance levels, enabling greater control over the look of footage. AF controls in movie mode have also been enhanced, allowing users to select from three AF speeds. A new feature for controlling continuous AF behavior also helps track focus on a moving subject while shooting.

The Samsung NX1’s interface is also upgraded, making it easier than ever to navigate through the range of features. Users can now set the AEL button to lock focus, and use manual focus in AF mode during recording. The customizable UI refinements provide a host of benefits, including reversing the functions of the Mobile and Record buttons, reversing the functions of the AF On and the AEL buttons, and reversing the direction of the Command dials based on preference.

The range of connectivity options available on the Samsung NX1 has received a boost, and users can now activate Bluetooth as a simple remote trigger. Speeding up and simplifying the process for using a smart device as a remote control, this new feature can trigger the shutter release as well as stop and start video via Bluetooth rather than Wi-Fi. The Samsung NX1 can now also store multiple paired smart devices with no need to re-register when moving between different devices, allowing greater consistency and convenience.

Other updates include Trap Shot, an addition to the popular Samsung Auto Shot mode. Users can now adjust the settings so that when a moving object hits this line, the camera will automatically take a picture. PC tethering via USB is now a reality for those using Samsung Remote Studio software and developers can take advantage of Samsung’s Software Development Kit for Windows PC, meaning they have remote access and control software for the Samsung NX1.

The firmware update will be available in middle of January through www.samsung.com.
* All functionality, features, specifications and other product information provided in this document including, but not limited to, the benefits, design, pricing, components, performance, availability, and capabilities of the product are subject to change without notice or obligation.