Samsung Developer Day at MWC 2012: Gathering developers from around the world!

The 28th of February, Samsung Electronics will host its Developer Day at the Mobile World Congress 2012.   Samsung Developer Day subjecting to developers around the world will be conducted at the event which will be held on the second day of the Application Developer Conference (ADC) of App Planet at the MWC, scheduled from February 27 to March 1 in Spain.

This is the second consecutive year Samsung hosts its developer day at the MWC under the theme of “Learn, Share, Network”. The Samsung Developer Day and bada are broadening the range of open platform technologies and services offered by Samsung in an effort to increase cooperation with developers.

To secure continuous leadership in this fast-changing of the mobile market, Samsung’s various products and contents should be fused organically and evolve to strengthen the competitiveness of Samsung’s contents and services.  To this end, building close cooperation with outstanding external developers is core and it is expected to ensure commitment of win-win and strengthen cooperative relations between Samsung and developers through Samsung Developer Day event. 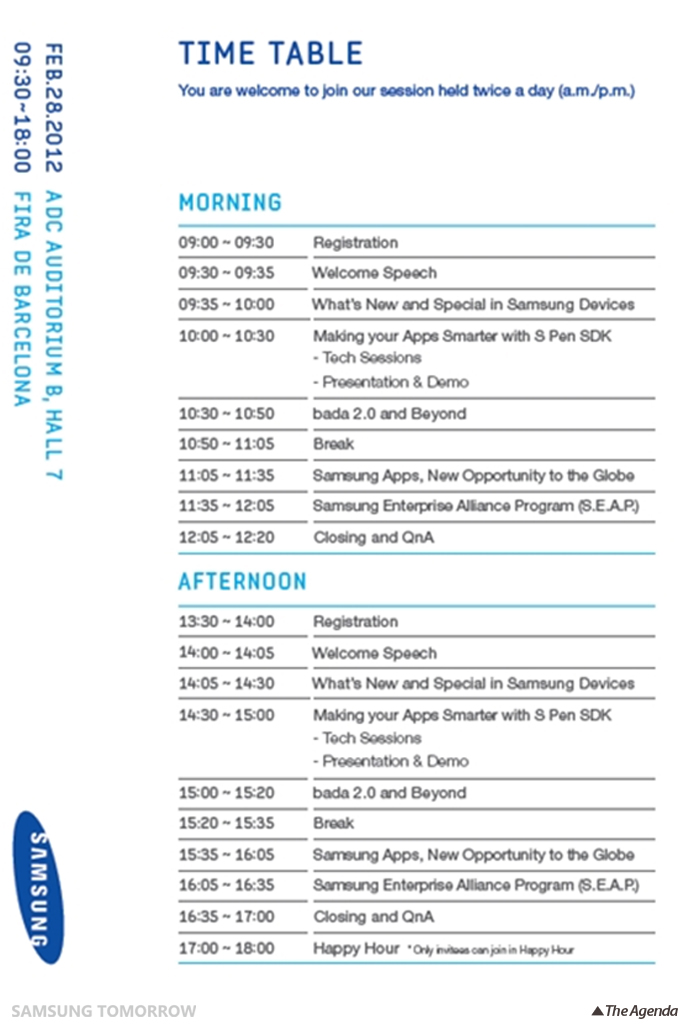 In this event, Samsung platform technology will be demonstrated such as S-Pen SDK and bada 2.0 which are practically usable on development as well a variety of business and partnership benefits that is offered to developers will be presented.   Event contents and specifics can be found at Samsung Developer Day event page.