Undergoing joint evaluations with chipset and server manufacturers to drive the transition to the PCIe 5.0 interface in next-generation servers 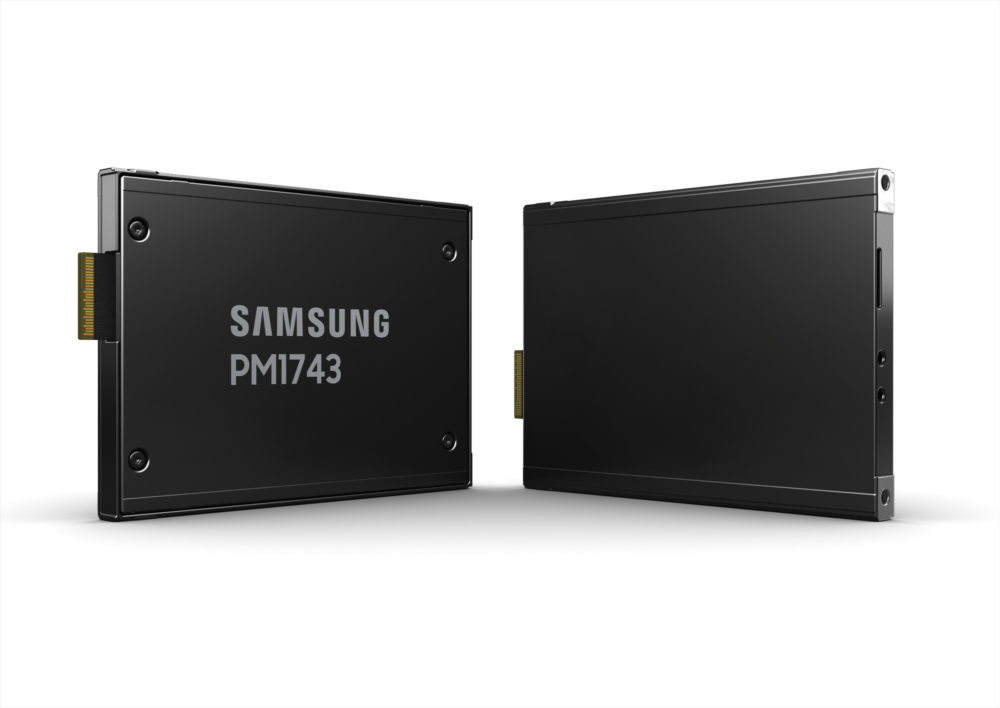 “For over a decade, Samsung has been delivering SATA, SAS and PCIe-based SSDs that have been recognized for outstanding performance and reliability by leading enterprise server customers including corporations, governments and financial institutions,” said Yong Ho Song, Executive Vice President and Head of the Memory Controller Development Team at Samsung Electronics. “The introduction of our PCIe 5.0 SSD, along with PCIe 6.0-based product developments that are underway, will further solidify our technological leadership in the enterprise server market.”

“Intel has been working with Samsung to test Samsung’s newest PCIe NVMe SSD, the PM1743. Together, we have jointly resolved complicated technical issues encountered with PCIe 5.0 during this initial evaluation period. The performance potential of Gen5 is truly impressive. In the near future, we strongly believe that PCIe Gen5 systems with high-speed NVMe SSDs will have the ability to transform applications such as AI/ML and high-performance databases,” said Jim Pappas, Director, Technology Initiatives, Intel Corporation. “Looking ahead, we are confident that Intel and Samsung’s continued commitment in industry leadership will provide these and other benefits to our mutual customers.”

PCIe 5.0 offers a bandwidth of 32 gigatransfers per second (GT/s), doubling that of PCIe 4.0. Leveraging a proprietary controller designed to support the latest PCIe standard, the PM1743 will deliver outstanding read and write speeds to accommodate the rapidly increasing performance requirements of data centers. 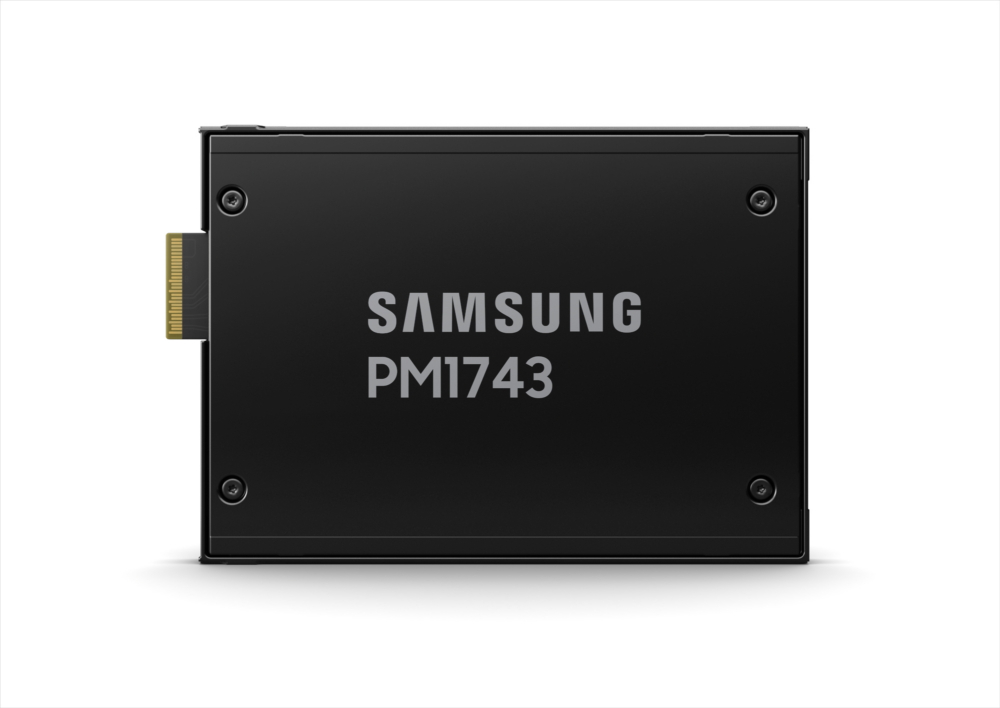 Samsung’s PM1743 will feature a sequential read speed of up to 13,000 megabytes per second (MB/s) and a random read speed of 2,500K input/output operations per second (IOPS), offering 1.9x and 1.7x faster speeds over the previous PCIe 4.0-based products. Moreover, write speeds have been elevated significantly, with a sequential write speed of 6,600 MB/s and a random write speed of 250K IOPS, also delivering 1.7x and 1.9x faster speeds, respectively. These remarkable data transfer rates will allow enterprise server manufacturers deploying the PM1743 to enjoy a much higher level of performance.

In addition, the new SSD can provide improved power efficiency of up to 608 MB/s per watt, which represents about a 30% boost over the previous generation. This is expected to lower server and data center operating costs significantly, while also helping to reduce their carbon footprint.

Available in a wide variety of capacities from 1.92 terabytes (TB) to 15.36TB, the PM1743 will be offered in the conventional 2.5-inch form factor, as well as in a 3-inch EDSFF (E3.S) — an increasingly popular SSD form factor designed specifically for next-generation enterprise servers and data centers. Customers deploying 7.5mm EDSFF SSDs will be able to double the storage density in their systems, compared to when the 15mm 2.5-inch form factor is used. Coupled with excellent signal integrity and thermal efficiency, the EDSFF is ideal for most PCIe 5.0 enterprise solutions.

Furthermore, the PM1743 is expected to be the industry’s first PCIe 5.0 SSD with dual-port support, guaranteeing server operational stability and high availability when a connection to one port fails.

Recently, the importance of data security has been growing stronger in the enterprise server market. To ensure that these needs are addressed, Samsung’s PM1743 will implement advanced security features that were traditionally only available at the server level. By embedding a security processor and Root of Trust (RoT), the SSD will protect against security threats and data forgery to provide data confidentiality and integrity, while also enabling Secure Boot in server systems through attestation.

Samsung is now delivering samples of the PM1743 to global chipset and server manufacturers for joint system development. The company plans to begin mass producing the PM1743 in the first quarter of 2022, as it continues to foster a highly robust ecosystem for the new PCIe 5.0 standard.

The PM1743 has been designated a CES 2022 Innovation Awards Honoree in the category of Computer Hardware & Components.

* This description has been updated for clarity.