• Samsung extends its partnership with the International Paralympic Committee (IPC) through to the PyeongChang 2018 and the Tokyo 2020 Paralympic Games.

Samsung Electronics, the Worldwide Paralympic Partner in the Wireless Communications Equipment category, has announced that it has signed an agreement with the International Paralympic Committee (IPC) to extend its partnership through to beyond the Tokyo 2020 Paralympic Games. 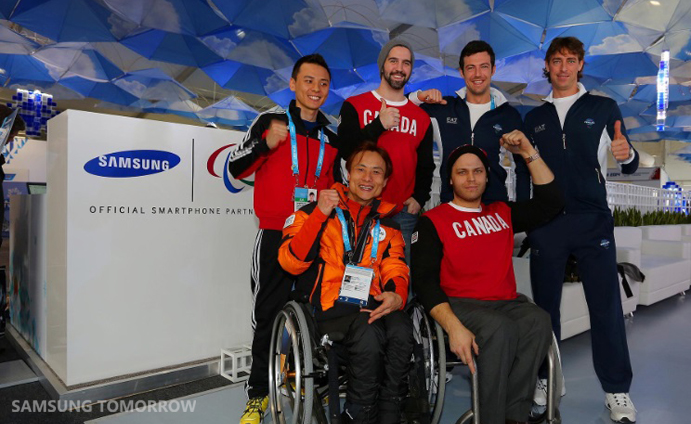 For the next six years of this agreement, Samsung, who has sponsored the IPC since 2006, will remain as one of the IPC’s Official Worldwide Paralympic Partners and will expand after 2016 its category of sponsorship to the “Wireless Communications Equipment and Computing Equipment,” including smartphones, tablets, laptops, personal computers and other computing equipment, and desktop printers.

“Samsung aims to empower athletes to spread their passion and dedication through our wireless technology, inspiring Paralympic Games fans worldwide,” said Younghee Lee, Executive Vice President of Global Marketing, IT & Mobile Division at Samsung Electronics. “We are thrilled to extend our partnership with the IPC, and we plan to develop a variety of meaningful programs together with the Paralympic athletes, to honor their competitiveness and Paralympic spirit.”

The IPC President Sir Philip Craven said, “Samsung and its wireless technology have a long and rich history in delivering unforgettable moments for the last five Paralympic Games. Through various campaigns, Samsung has led the way in engaging the wider public in the day-to-day lives of para-athletes in the lead-up to and during Games time. We are delighted to be able to continue inspiring more people to become engaged and involved in the Paralympic Movement and Paralympic Games together with Samsung”

Samsung’s Involvement in the Paralympic Games

In partnership with the IPC, Samsung honors the commitment of Paralympians by encouraging people to view them as athletes with the same shared passion for sport. Central to that mission is Samsung’s Sport Doesn’t Care video campaign, which was updated for the Sochi 2014 Paralympic Winter Games following its success during London 2012. Through Sport Doesn’t Care and other programs, Samsung and the IPC aim to change people’s perception of Paralympic athletes.

Samsung and the IPC will continue the Samsung Paralympic Blogger program, where Paralympic athletes have the chance to connect directly with fans via social media. Samsung provided Paralympic athletes with Samsung Galaxy devices to chronicle and share their personal behind-the-scene Paralympic Games experiences through exclusive video blogs during London 2012 and Sochi 2014. For the Sochi 2014 Paralympic Winter Games, Samsung also introduced the Accessibility Map mobile application, enabling people with disabilities to easily find barrier-free facilities across Russia and nearby locations where they can practice Paralympic sport.