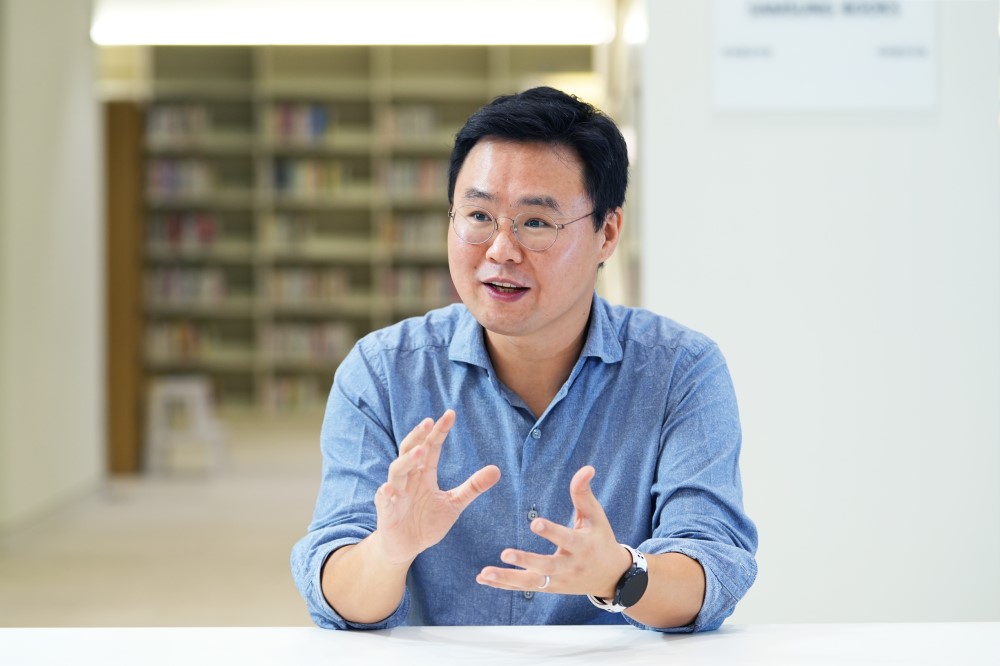 This project was carried out in partnership with the Ajou University’s team of Mechanical Engineering, led by Professor Je-Sung Koh (corresponding author) based in Korea. The joint research team developed an artificial muscle actuator that can be applied on augmented reality (AR) glasses and naturally fit haptic gloves.

With the increasing popularity of the metaverse, actuator and sensor technologies are evolving rapidly to create even more immersive experience in virtual worlds. Actuators and sensors integrated into wearable devices must be compact and lightweight as the devices are worn by users and often require mobility. The conventional actuator had certain limitations as to the realization of more advanced functionalities, as thin form factor and high-power density would be difficult for conventional types to achieve.

“This new actuator that we suggest is lightweight, compact yet powerful in terms of force-to-weight ratio. It is significant that the new actuator has overcome the limitations of the conventional actuators, while bringing the potential for its expanded applications ranging from robotics to wearable devices,” Dr. Bongsu Shin at Samsung Research said. “We anticipate that the outcome of our latest research will be the core hardware technology for more immersive and interactive experience for the next generation.”

The team also demonstrated how the actuator enables image depth control. Binary depth switching is adopted to reduce vergence accommodation conflict (VAC), which can cause visual fatigue to some of AR glasses users, by directly adjusting distance between the display and the optical system of the AR glasses prototype based on the focusing distance of the object to be projected.

CASA triggers an action to an object with pressure and measures pressure without a sensor by using a characteristic of the artificial muscle of which electrical resistance varies in response to outside pressure. The haptic glove prototype equipped with CASA is so slim and pressure-sensitive that it has the potential to be applied to telehaptics which recognizes expressions made by the tactile writing system and converts them into electric signals.