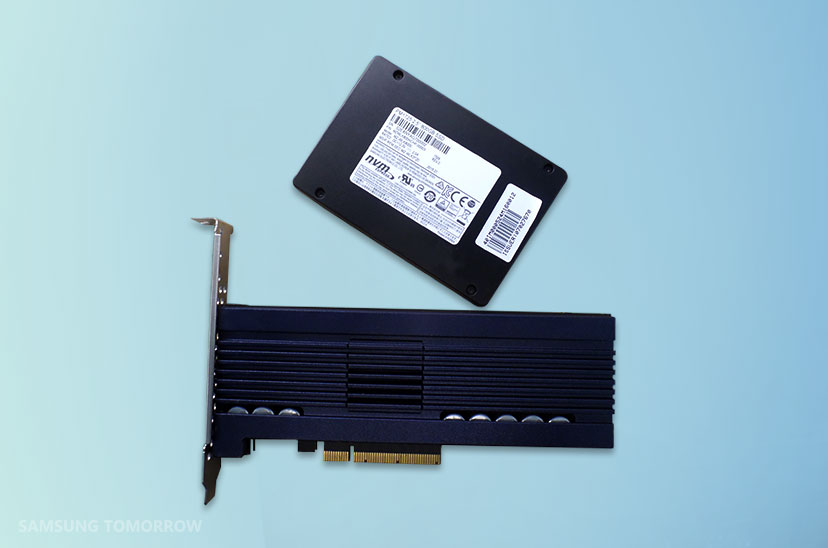 Samsung Electronics, the world leader in advanced memory technology, announced that it is adding three TCO-optimized, high-performance SSDs, based on 3-dimensional (3D) Vertical NAND (V-NAND) technology, to its industry-leading portfolio of advanced enterprise and data center SSDs in the US. The drives are available now.

“We are providing high-end capabilities and capacities for all of our latest SSDs, something we believe will elicit a high degree of interest from OEMs and computer enthusiasts throughout the world,” said Jim Elliott, Corporate Vice President, Samsung Semiconductor, Inc. “We understand the performance needs of our customers in a rapidly expanding SSD universe and are determined to meet those needs.”

In addition, the 6.4TB PM1725 features outstanding reliability with five DWPDs (drive writes per day) for five years, which translates to writing a total of 32TBs per day during that time. This means users can write 6,400 files of 5GB-equivalent data or video every day, which represents a level of reliability quite sufficient for enterprise storage systems that have to perform ultrafast transmission of large amount of data.

Samsung is introducing an update to the industry’s first NVMe SSD (SM951) in an M.2 form factor that was announced earlier this year.

The new PM953 comes in NVMe interface and is available in both M.2 and 2.5” form factors to satisfy a variety of next-generation system requirements such as large-scale data centers and mobile workstations as well as ultra-slim notebook PCs and high-end desktops. The M.2 version will be offered with either 480 or 960 gigabytes (GBs), while the 2.5” version will be out in 480GB, 960GB and 1.92TB capacities.