Samsung Electronics has been at the forefront of this signage evolution – leading the display market for ten consecutive years while pushing the industry further, through a number of technological transformations. Samsung has overcome numerous challenges along the journey and has introduced innovative, new products year after year.

Samsung Newsroom has explored how Samsung SMART Signage has evolved in the last decade and tracked its journey through to today.

“What is the necessity for installing large digital signage indoors just to display information? And why is this different from or better than a TV screen?” This was the most frequently asked question for Sungtae Lee in the early 2000s when digital signage first emerged. Lee was one of the trailblazers in designing commercial signage products at Samsung Electronics’ Visual Display Business.

In many conversations, before explaining how Samsung products were different from the others, he had to introduce the value proposition of digital signage and the different ways of utilizing the products: “We had a firm belief that digital signage would profoundly change the way people communicate. But it was not accepted as easily as we had initially thought,” noted Lee. 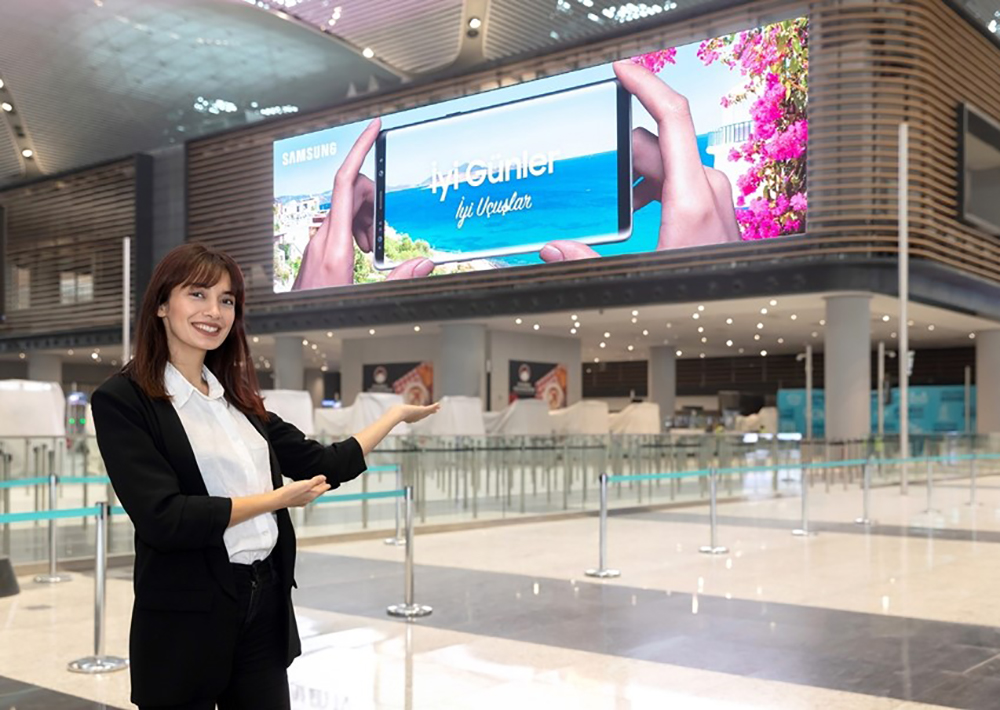 Perceptions changed as digital signage began to create new markets by converging with new technologies. For Samsung, this convergence and opportunity started with airports, according to Lee.

An airport is a large and complex structure that requires the processing of substantial amounts of information in real-time – from check-in counters to baggage claim. Naturally, digital signage products and solutions were inevitable. “Offering our proprietary software, Samsung was a pioneer in introducing a Flight Information Display System (FIDS) that was designed to remotely process video clips and deliver information through the data networks 24 hours a day. This implementation laid the groundwork for Samsung SMART Signage,” said Lee.

3.4 Times Bigger and 54 Percent Slimmer, a Decade of Efforts to Go Beyond the Limit

In the early 2000s, Samsung introduced its LCD signage, 32-inch in size. Comparing this early model to the 110-inch LCD signage, unveiled in 2014, the size of Samsung’s digital signage had increased by 3.4 times in a decade.

It became slimmer as well. Samsung’s latest 4K signage, introduced in 2019, is 49.7 mm thick. Compared to the first model, which was 109 mm thick, the thickness of Samsung’s digital signage has more than halved through the company’s extensive research and continuous efforts.

In addition, the locations to install digital signage are being diversified from airports and inside of buildings, to offices, clothing shops, bus stops, subway stations and large-sized outdoor billboards.

As Samsung digital signage expanded into different spaces, it required technologies that addressed the challenges presented by various environmental factors, including temperature, humidity and solar heat, such as UV rays and infrared rays. 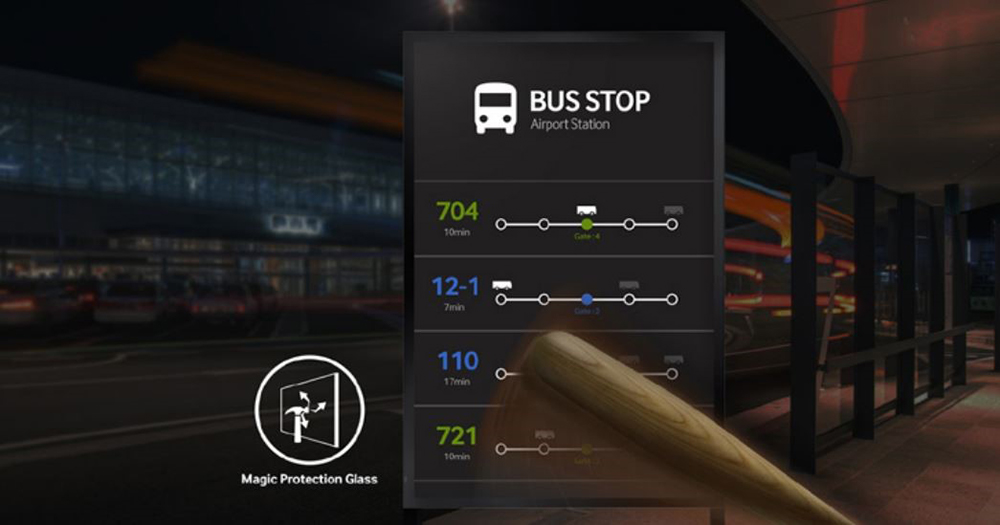 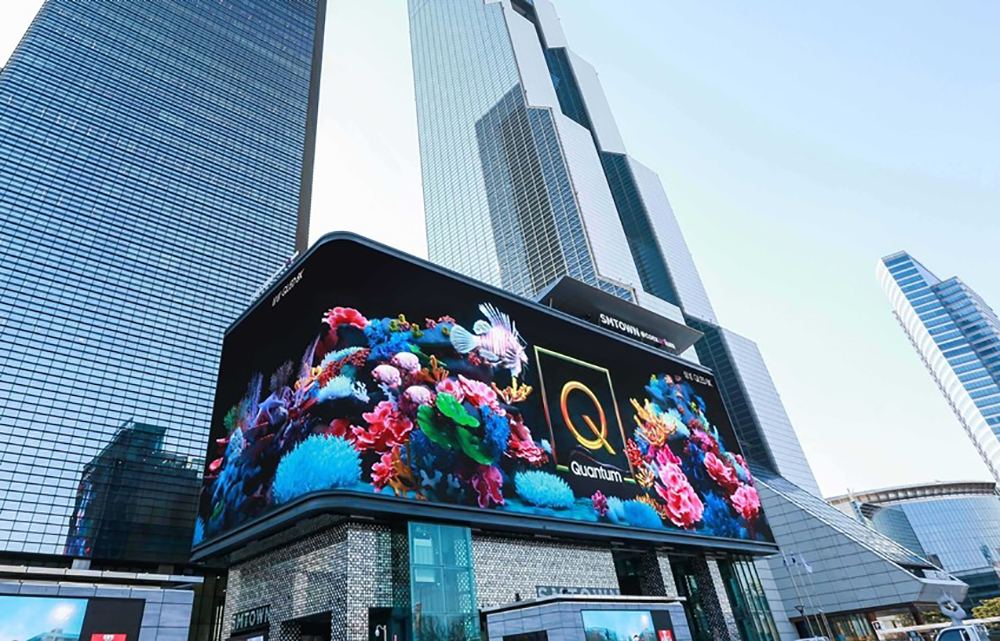 Samsung has shown its innovative leadership in the digital signage industry, most notably with the installation of its large-scale LED signage at the COEX Shopping Center in Seoul in March 2018. Connecting two walls using a single continuous screen with curved corners, the signage is comprised of approximately 31,000 LED display modules attached 10mm from each other, demonstrating an impressive level of precision and accuracy. This product is a perfect example to demonstrate Samsung’s expertise and leadership in digital signage technology.

“We incorporated an optimized waterproof solution into every connecting part of the display for maximum durability. Our proprietary picture quality processing technology allows the display to express colors vividly for a long period of time,” said Seungjae Soh at the Visual Display Business’ Product Strategy Team.

Additionally, by acquiring YESCO Electronics in 2015, a company specializing in commercial LED display, Samsung has solidified its leadership in the LED market. 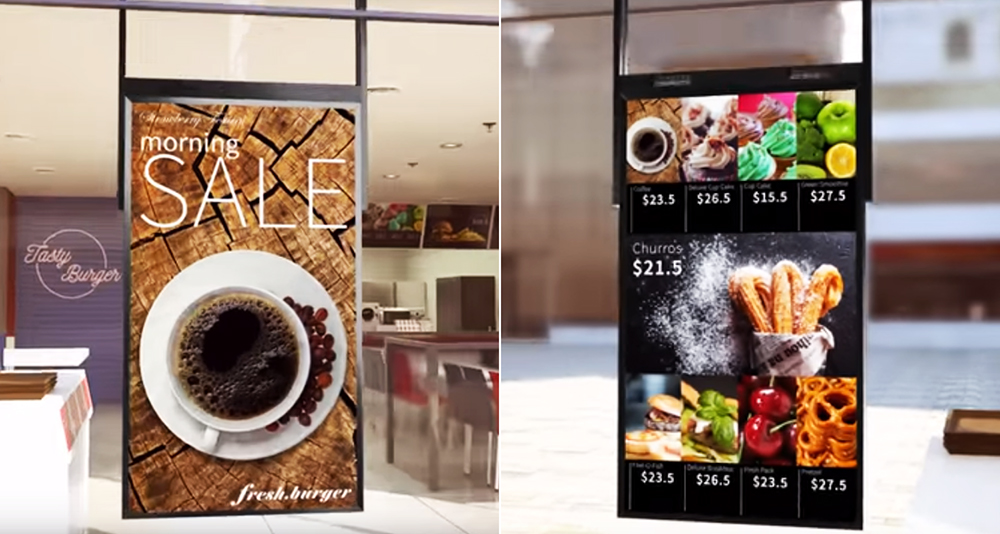 Retail spaces have also presented opportunities for Samsung. Since outdoor signage is used to attract shoppers, it must immediately grab their attention and catch their eye, further demonstrating the importance of both vivid and vibrant colors.

To meet such needs, Samsung unveiled a high brightness signage lineup in various sizes. In particular, double-sided high brightness1 signage has been well-accepted by retail shops and Quick Service Restaurants (QSR), as it supports up to 3,000 nits for outdoor screens and 1,000 nits for indoor screens. Moreover, the latest 85˝ double-sided display can be installed at bus stops for street advertising, targeting commuters and passers-by. 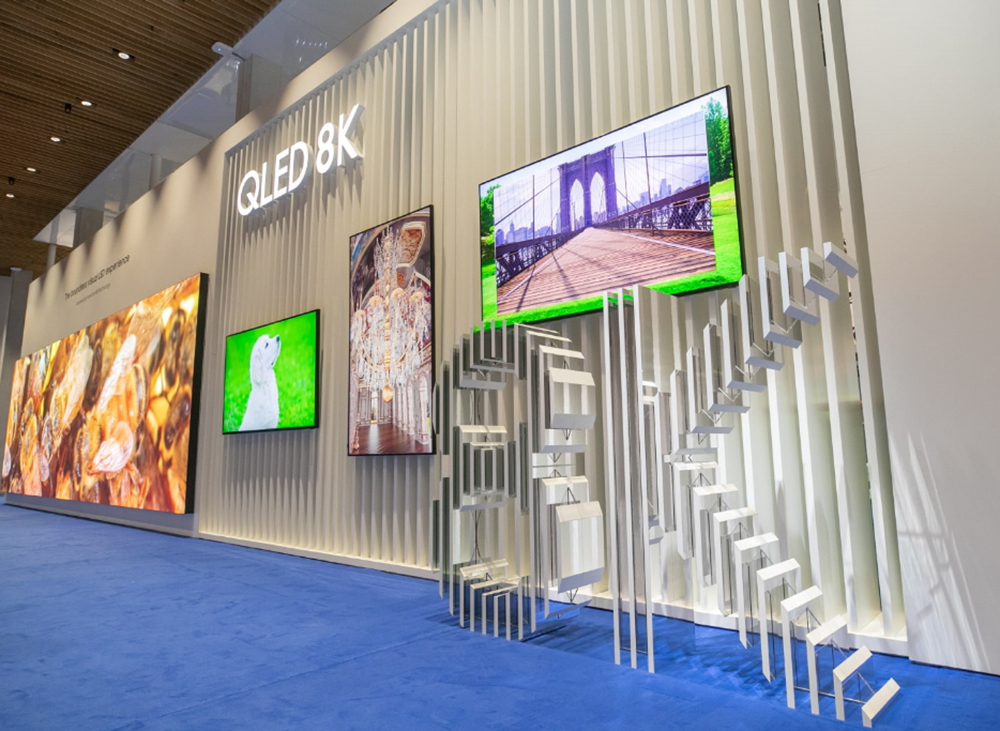 In an ever-evolving industry, one of the latest trends is QLED 8K signage. Samsung is leading this innovation as well, as it was the first company to introduce an 82” ultra-high resolution 8K signage product, taking a step forward in signage innovation. Moreover, the AI-based quantum processor allows any video clip – no matter the resolution – to be converted into 8K resolution, providing a truly vivid expression of color. Samsung’s 8K product lineup is poised to expand its horizons in the second half of this year.

“There is a strong need for our latest 8K signage amongst luxury retail stores which want to display vivid images. In addition, thanks to our AI upscaling technology, which converts any content to 8K regardless of the original resolutions, the 8K signage is being well-received by customers. Just like we did in the last decade, we will always continue to provide industry-leading products and services,” stated Seog-gi Kim, Executive Vice President of the Enterprise Business Team, Samsung Electronics.

As digital signage is rapidly becoming a next-generation communication platform, Samsung is aiming to push forward with new solutions. Stay tuned to our next episode to discover the future of digital signage.

1 This technology extends Dynamic Range to make bright spots brighter and darker spots darker so that color range and contrast appear much closer to reality.