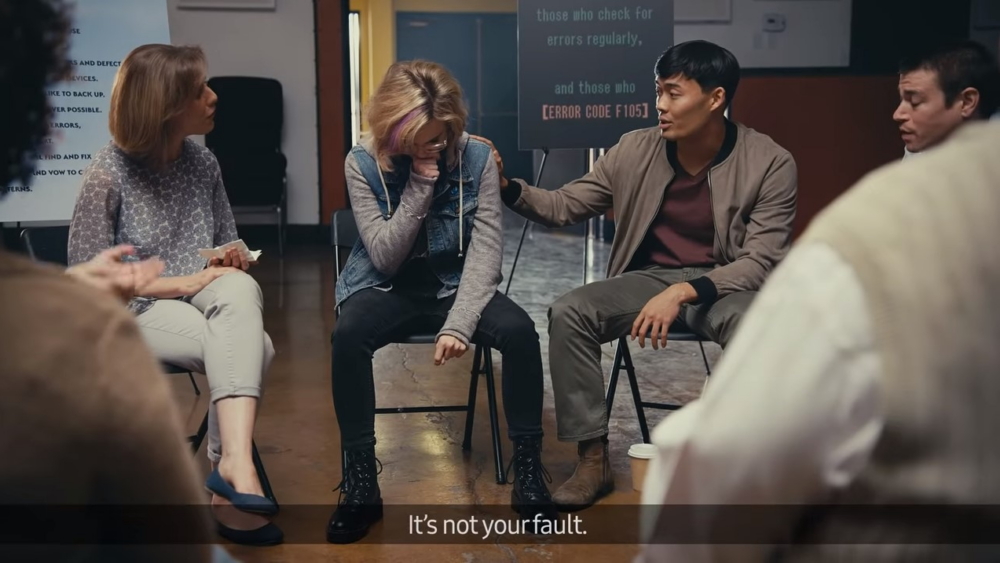 To anyone out there who’s struggling to come to terms with their computer’s slow performance, Samsung Electronics has four simple words for you: it’s not your fault. Ageing hard disk drives (HDDs) have slowed so many of us down at the most inconvenient of times. We all have our stories. Fortunately, as the videos below show, Samsung has a solution.

Each tongue-in-cheek clip in Samsung’s “It’s not your fault” series opens on a group therapy session that’s unlike any other, but that so many of us can relate to. After sharing stories of how their sluggish PCs caused increasingly long boot times, crashed in the middle of a game (and erased all of their progress), and prevented a father from buying his daughter a birthday gift she’d never forget, the participants learn that it’s not their fault that their computer let them down, and that they can start the healing process by upgrading from an HDD to a Samsung solid-state drive (SSD).

When it comes down to it, most computer processing issues are caused by slow storage devices, which can limit the speeds of the fastest CPUs. Unlike HDDs, which feature internal parts that physically rotate in order to read and write data, SSDs feature no rotating parts – which makes them much more durable than HDDs – and store data on semiconductor chips that support much faster processing.

To offer HDD users insight into their computer’s health, Samsung has created a fun and simple questionnaire that allows you to find out whether your computer is stuck in the Jurassic or Middle Ages, or firmly in the SSD era. Head over to Samsung’s official PC Age Calculator to see how your computer stacks up.

Don’t forget to check out each of the hilarious (and all-too-relatable) clips above, and stay tuned to Samsung Newsroom for more fun “It’s not your fault” videos.