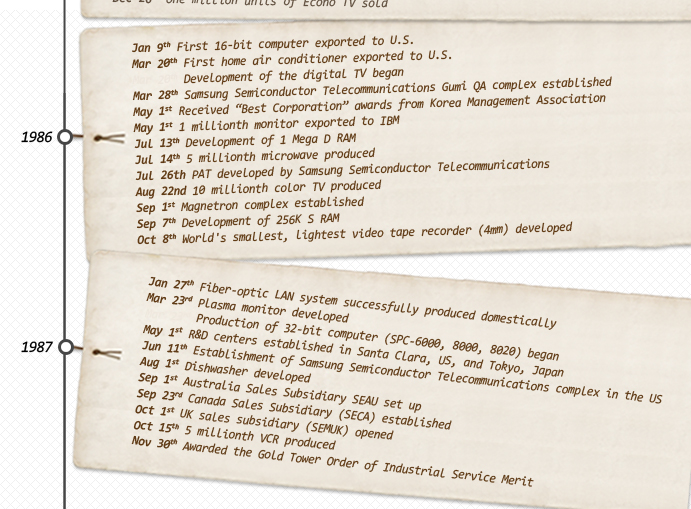 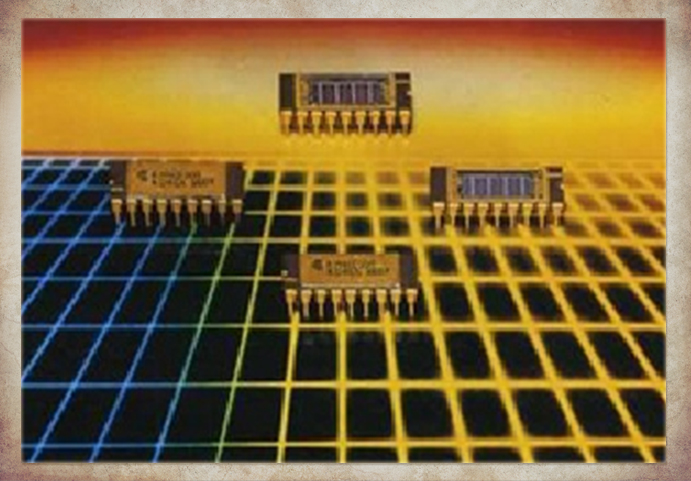 1986 saw the evidence of Samsung becoming a global force to be reckoned with, as Samsung Semiconductor Telecommunications succeeded in developing the 1 Mega D RAM. Such an accomplishment had only been reached twice worldwide, and it was one of the most successful moments for Samsung. Not only this, but Samsung’s successful development of the 1 Mega D RAM came only a year and a half after developing 256K D RAM. Talk about not resting on your laurels! In 1987, Samsung started the mass production of 1 Mega D RAM and in October 1986, Samsung launched a project to develop 4 Mega D RAM. This was a joint project with LG Information & Communications, Hyundai Electronics and ETRI. This collaboration launched Korea to the top spot in semiconductor market. 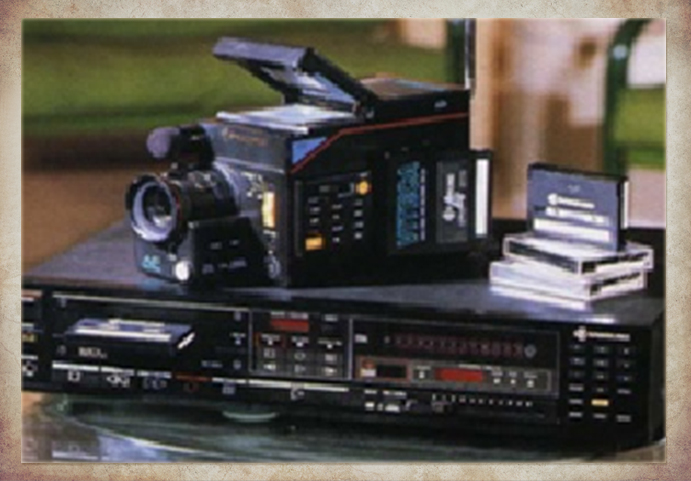 Also of note was Samsung Electronics, who developed the world’s smallest, lightest video tape recorder, a mere 4mm! With this innovation, Samsung won the President’s Award at the Korea Electronics Expo in 1986. 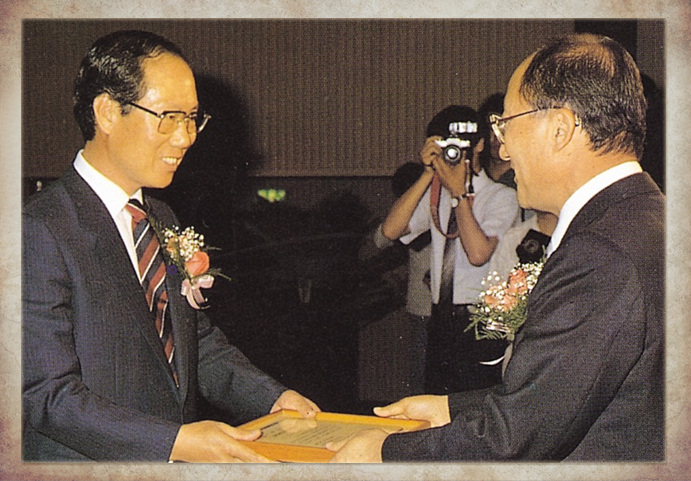 Samsung’s increasing focus on technology led numerous awards, both in Korea and around the world. Firstly, Samsung Electronics was recognized as one of the most reputable home appliances makers around the world by Nomura Research Institute. In addition, Samsung won the “Best Corporation Award” from the Korea Management Association. And in an already impressive year of awards, Samsung won the Gold Tower Order of Industrial Service Merit in November 1987.