2014 Samsung Smart TVs get Easier and More Convenient to Use

2014 Samsung Smart TVs get Easier and More Convenient to Use

Samsung’s voice interaction service, which understands natural languages, is currently available in 11 countries. In 2014, the service will expand into 12 new markets, making the service available in a total of 23 countries worldwide. Samsung has also made the service more convenient by focusing on the most frequently-used functions and taking into consideration user’s usage patterns. 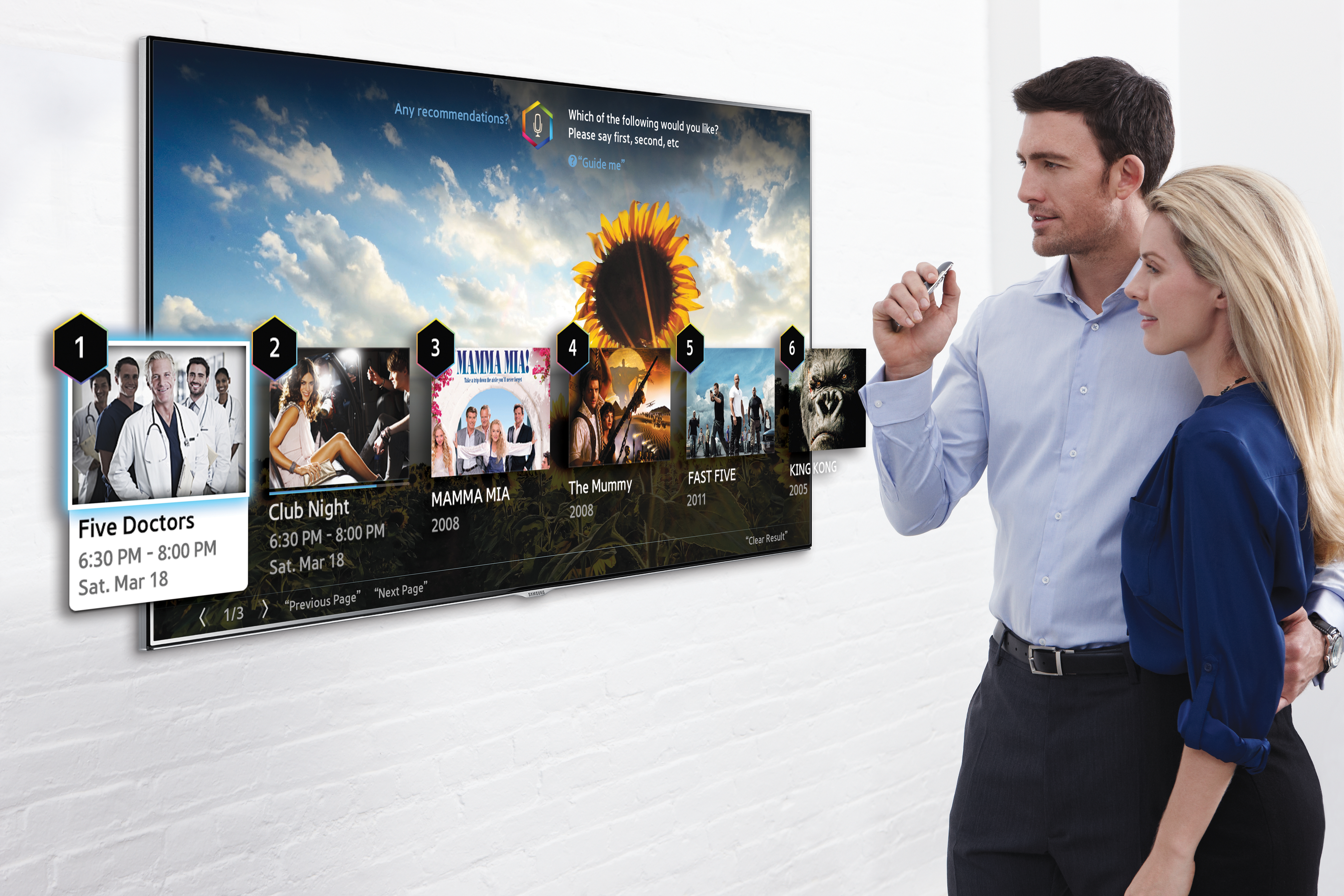 With the 2014 Smart TV, finding content is easier than ever. Users can change the channel in one step – by simply saying the channel number. They can even open a website or app using shortcuts. For reference, 2013 models require two steps to change TV channels: ‘Channel Change’ and ‘Channel Number’

The voice search feature is also more convenient to use, letting users find all content results in one place.

Further, when a consumer uses voice interaction to search for daily living information such as weather, stocks and sports while watching TV, a pop-up window appears on the bottom of the page with search results. Consumers can move to the app and see the details by clicking the pop-up.

Along with voice interaction, the motion control has been improved by adding the ‘finger gesture’ feature of the 2014 Smart TVs – a significant improvement to motion control.

Thanks to ‘finger gesture,’ users can change the TV channel, adjust the volume, find and select what they want to watch just by using their fingers. They can also go back to the previous screen and stop the video by motioning their finger counterclockwise – a more intuitive way to control the TV.

Samsung’s 2014 Smart TV models will be shown at Samsung booth #12004 in the Central Hall of the Las Vegas Convention Center at CES 2014.