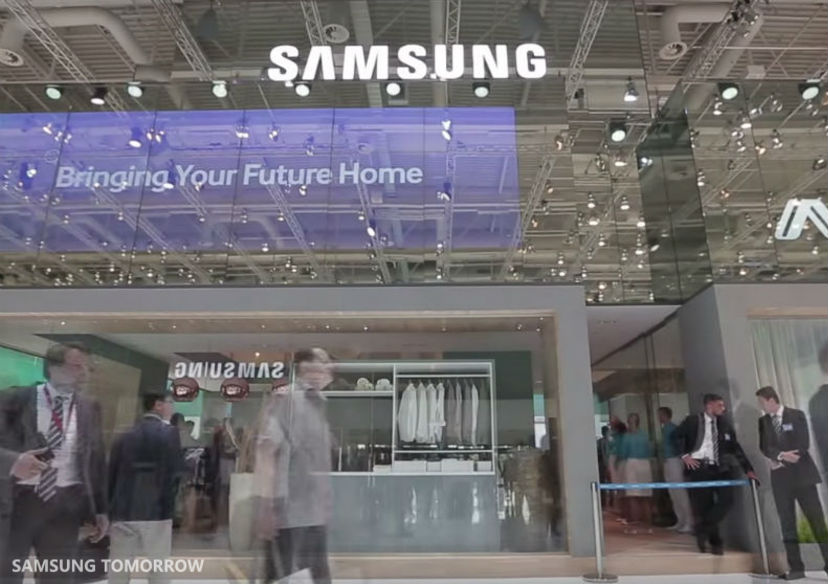 IFA, the world’s leading trade show for consumer electronics and home appliances, is just around the corner, slated to be held from September 4 to 9, 2015, in Berlin, Germany. Samsung has plenty of exciting products and events on the way, but while the world waits in anticipation, let’s take a look at some of the highlights of last year’s event.

Samsung displayed its new gadgets at CityCube Berlin for the first time. In addition to the usual layout of sections dedicated to kitchen appliances, TVs, printing solutions, mobile and wearable devices, the booth also featured two new sections, which were spread out over the building’s two floors.

The Smart Home booth was located directly in the center of Samsung’s setup, a symbolic hub of all the other segments, and the B2B Solutions section was hands-down the biggest ever in IFA history. Take a walk through the Samsung booth via the video below.

No tech trade show would be complete without a few high-profile events, and Samsung hosted several before IFA 2014 even kicked off.

Highlights of the Samsung Press Conference that followed also included loads of product announcements. Samsung Unpacked 2014 Episode 2 revealed the Galaxy Note 4, the Galaxy Note Edge, the Gear S, and the Gear VR, much to the excitement of the event’s attendees. Additionally, B2B was a big area of focus, and the press conference touched on printing solutions, digital signage and SSSP.

Finally, the IFA 2014 Keynote Address conveyed Samsung’s vision for the home of the future, and BK Yoon, President and CEO of Samsung Electronics, captured the attention of the audience when he noted that, “The biggest change, the biggest transformation, it will happen in our homes, at a speed we can barely imagine.”

Watch the highlights of the Samsung Press Conference at IFA 2014:

The Samsung Smart Lounge was the perfect place for journalists and bloggers to introduce the new products, like the Gear S, to the world.

Samsung’s achievements at IFA 2014 garnered a great deal of attention all the world over, and this year’s event promises to be just as impressive. Stay tuned!