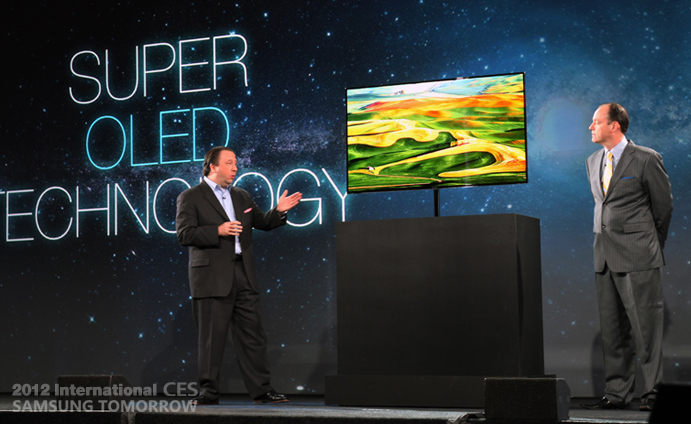 Samsung Electronics unveiled the world’s largest commercialized OLED TV, a masterpiece that will be acclaimed by home entertainment and design enthusiasts alike. The 55-inch OLED will be produced from a single pane of glass and uses Samsung’s Super OLED technology for the ultimate in picture quality. The model will begin production this year on an entirely new 8th generation fabrication line created exclusively by Samsung for OLED manufacturing.

Super OLED technology eliminates the need for a color filter as the OLED pixel unit consists of RGB sub-pixels—each emitting its own light. The technology is also able to differentiate varying degrees of blacks and shadows, so that users can enjoy unparalleled detail even in the darkest of scenes.

The Ultimate in Picture Quality and Design 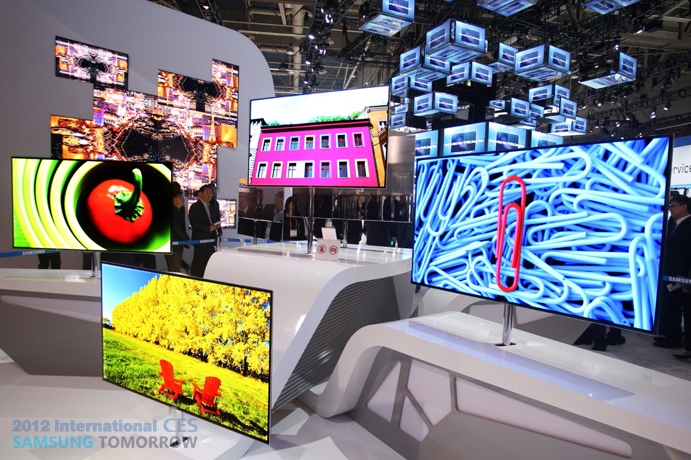 The Samsung Super OLED features unmatched vivid and true-to-life picture quality in both 2D and 3D, with up to 40% improved color accuracy compared to LED.  Since light output on the Super OLED is controlled on a pixel-to-pixel basis, the truest blacks and purest whites can be achieved.  Further, the Samsung Super OLED offers response times over 1,000 times faster than LED, virtually eliminating motion blur even in the most action-packed scenes.

The design of the Samsung Super OLED is an engineering feat that provides a breathtaking form factor that blends into any environment.  When powered on, a bright, vibrant picture illuminates the screen from edge to edge. When turned off, the TV appears like a framed piece of luxurious floating glass; when hung on the wall, it resembles a work of art more than an electronic device.

The Super OLED TV also incorporates the latest improvements to Smart Hub, Samsung’s integrated designation for accessing all types of content from a single screen. The interface has been updated for easier navigation and faster performance. With a new tabbed web browser, users can conveniently open multiple pages at a time for an improved web experience.

The Samsung Super OLED TV is equipped with Samsung’s new dual core chipset, which allows users to run multiple apps simultaneously for an uninterrupted experience, as well as a smoother web browsing experience.

Intuitive Controls and an HD Camera with Smart Interaction Technology 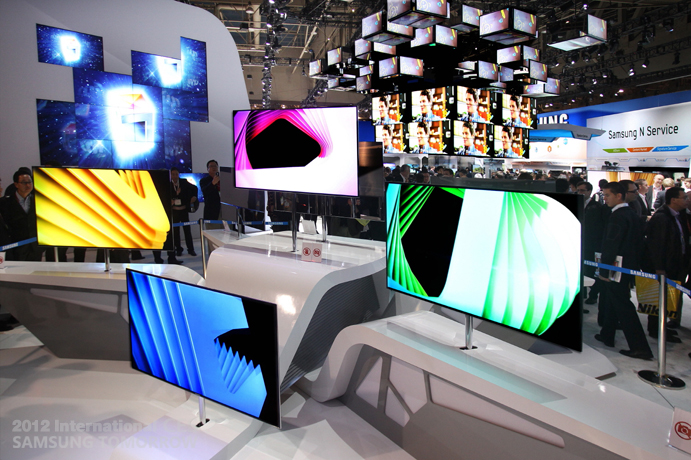 Consumers can use Samsung’s new Smart Interaction technology to easily manage their TV experience. By using hand gestures, voice controls and facial recognition features to complement the remote control, users can turn the TV on or off, adjust the volume or activate selected apps through speech. They can also use voice to activate the search function in the web browser and “tell” the TV what they are searching for. 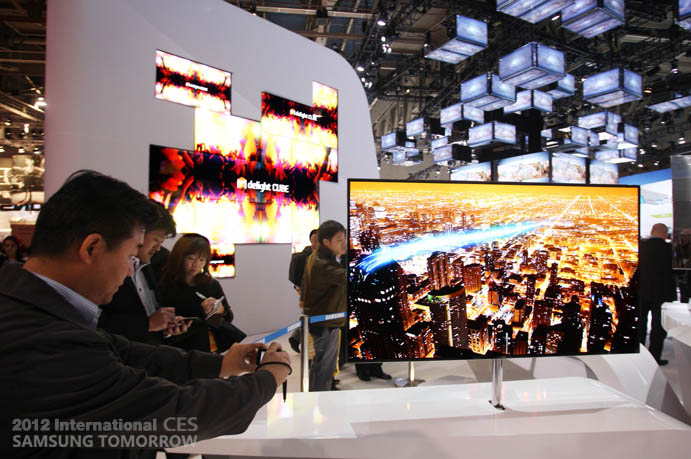 The Samsung Super OLED TV, a Best of Innovations Award Honoree at CES 2012, will be on display at the 2012 International CES, booth #12004, in the Central Hall of the Las Vegas Convention Center (LVCC) from January 10-13, 2012. It will be available commercially worldwide this year.

All functionality, features, specifications and other product information provided in this document including, but not limited to, to benefits, design, components, performance, availability and capability of the product are subject to change without notice or obligation.