on April 19, 2015
Share Share open/close
Share open/close
URL Copied.
Samsung brand ambassador Chris Evans was in Seoul on Friday to promote Avengers: Age of Ultron, ahead of the movie’s release in Korea next Thursday.

The Captain America star attended a press conference for the highly anticipated Marvel film along with fellow cast members at the Conrad Seoul Hotel before moving on to a Korea fan event at the SETEC.

After taking selfies with his Galaxy S6 with fans before the film’s premiere at the Dolby Theater in Hollywood earlier this week, the American actor was at it again during Friday’s fan event. 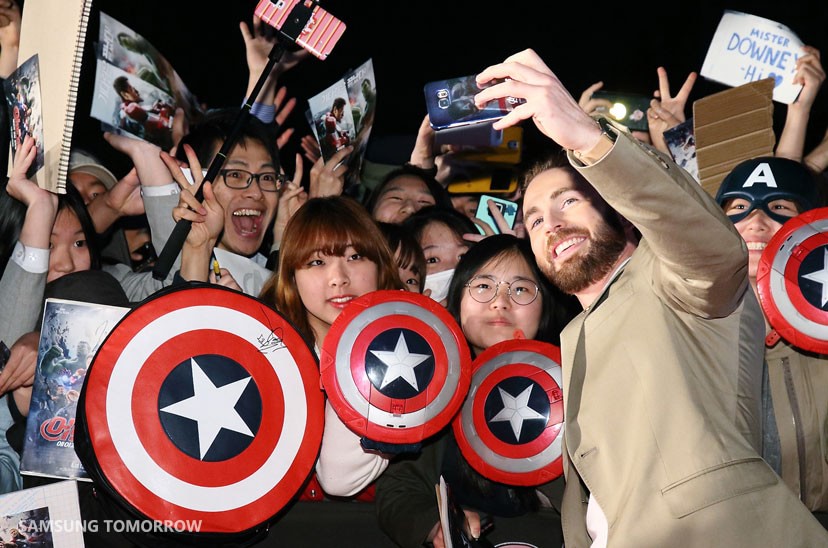 “When I go to a premiere, I like to take selfies with the fans. It’s fun to thank them for the support. The selfie camera in my Galaxy S6 is fast enough to capture the photos and the quality is great,” said Chris Evans.

As part of Samsung’s partnership with Marvel Entertainment, Samsung is offering a variety of accessories and features for Galaxy S6 inspired by the Avengers: Age of Ultron. Evans, also had the opportunity to check out Samsung’s line of Avengers-themed phone covers and Themes for the Galaxy S6 and S6 edge. The Avengers Themes allow users to give their device’s icons, applications and home and lock screens an Avengers look. 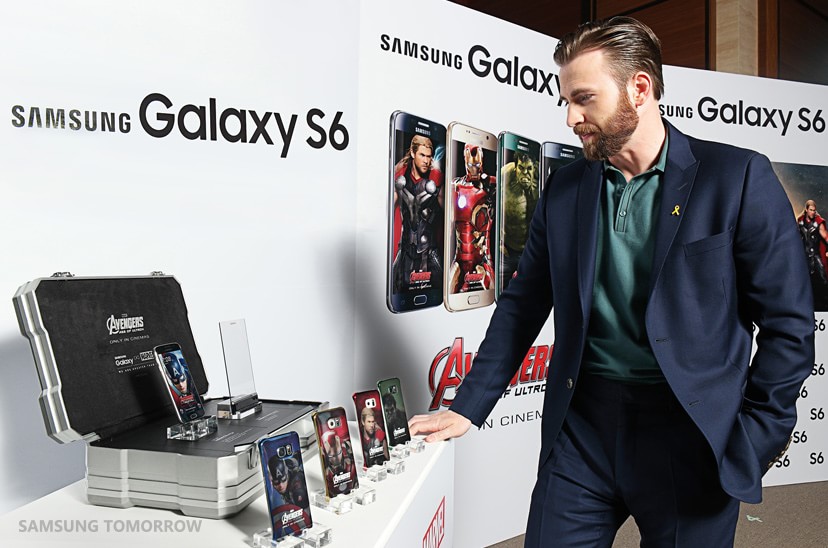 “I love the Avengers cases that Samsung created for the Galaxy S6. It’s weird to see my face on a phone cover, but I appreciate the love the Korean fans are showing using these cases,” said Chris Evans.

Viewers should also be able to spot a variety of Samsung devices in Marvel’s Avengers: Age of Ultron after it is released.