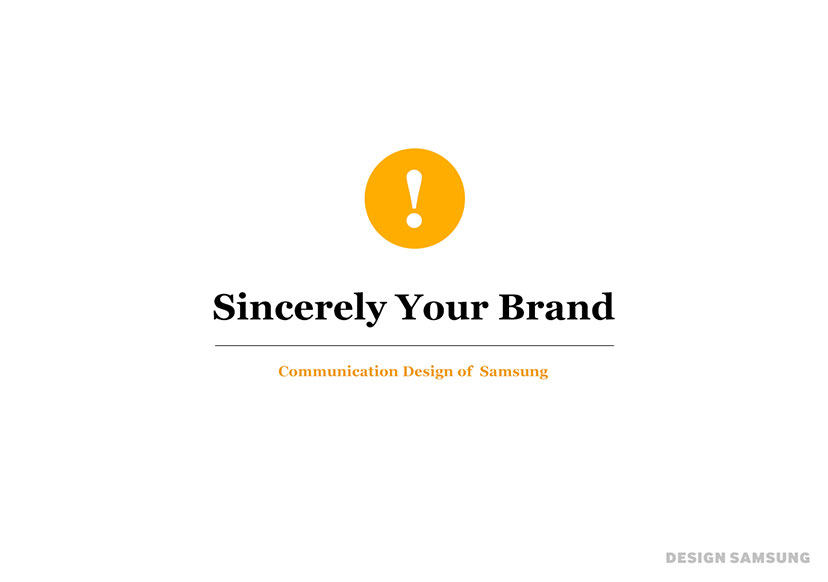 Brands are constantly communicating with you. When you’re standing at the subway station on your way to work, when you’re waiting for videos to load on your phone, when you’re watching your favorite TV shows, brands are reaching out to you.

While there was a time when this kind of approach worked, most people today see such brand promotion as intrusive or aggressive. In fact, according to one study released by Media Dynamics in 2014, an average adult spends 9.8 hours each day consuming media content and is exposed to roughly 360 advertisements. Of those, less than half of the messages (roughly 150-155) are retained. The study found that even the ads that leave a strong impression usually don’t impact sales.

When brands that are unique clearly communicate promotional messages, they become approachable and attractive, leading people to stop and listen to what they have to say.

The Medium is the Massage

Smart brands are aware of these challenges and have found better ways of getting the attention of consumers. Now, brands approach us in unexpected ways that appeal more to us, with the goal to stand out from the crowd. Brands no longer simply send generic messages hoping that they reach someone. Instead they create engaging messages customized for media channels to appeal to our sensibilities. Renowned media analyst, Marshall McLuhan’s prophetic ethos, “the media is the message” and its adapted expression, which would be the title to one of his famed publications, “The Medium is the Massage*” could not be more true today. Truly, the media has become a talented masseuse.

*Massage refers to the media’s sensorial effects on our perceptions and how they are accepted into our hearts and psyches. 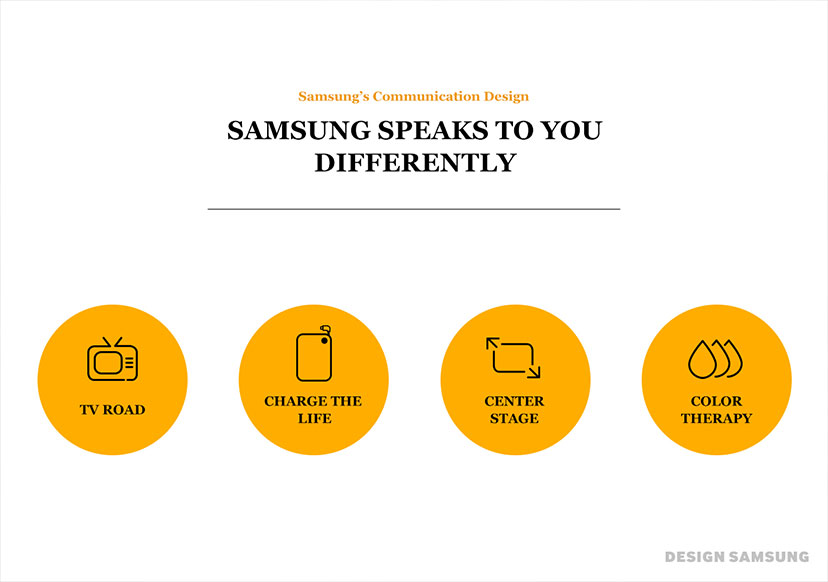 Samsung always strives to be different from the run-of-the-mill brand. When conveying sales messages or choosing the appropriate medium, Samsung aims to inform and surprise audiences.

These four campaigns combine unconventional media and technology with deep insights to bring people closer to the brand through experiences. 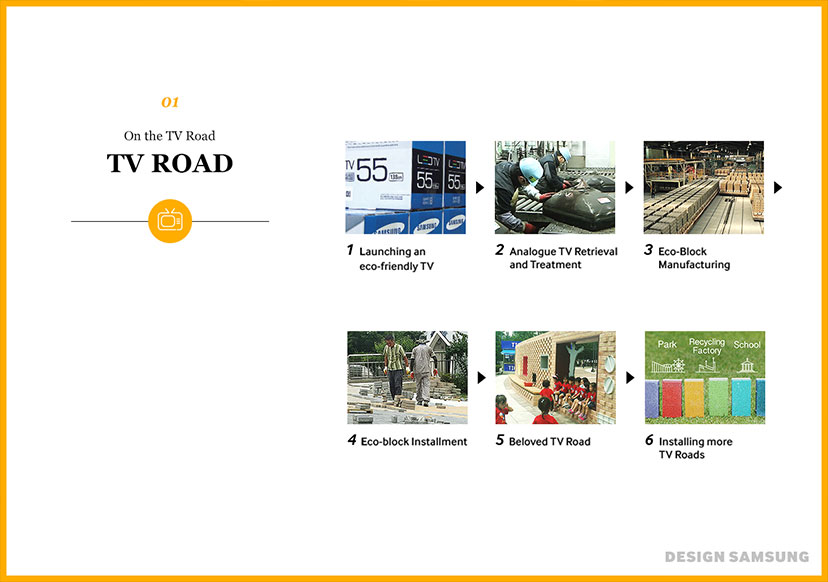 TV Road is an upcycling campaign that finds creative ways to reuse discarded TVs. As digital smart TVs replace analog ones, the accumulation of environmental waste has become a serious concern. After much consideration on what to do with discarded TVs, Samsung launched TV Road, which paves the way for a more environmentally friendly world.

Since the launch of Samsung’s energy-efficient TVs, it has been collecting older TVs from customers. After removing environmentally hazardous metals and plastics, Samsung created eco-friendly building blocks that not only drain liquids but are also anti-UHI (Urban Heat Island). With these blocks, it constructed a 1,315m cobblestone road and two 3D structures (18×2.4m), naming the project TV Road.

TV Road quickly became an attraction. Each week, without any promotional effort, 20,000 to 44,000 visitors come to walk this road. While a direct relationship cannot be assumed, sales of Samsung’s eco-friendly TVs quadrupled and the number of recycled TVs have tripled. Encouraged by such positive results, Samsung is building more roads near amusement parks, landfills and rehabilitation schools. You can take a stroll down one of these roads when you visit the World Cup Stadium in Suwon, South Korea.

As smartphones have become an important part of our daily lives, keeping batteries charged has also become a necessary task. As an industry leader, Samsung has often thought of solutions for the safe disposal of dead batteries. In doing so, it hopes to raise awareness of the many endangered animals.

Samsung used illustrations* of four endangered animals on its external battery packs. The external battery packs feature the desert fox, the giant panda, the red panda, and the golden snub-nose monkey. Samsung also developed an app, Charge the Life, to accompany these illustrations. When you connect your phone to the battery pack to charge, this app automatically opens and images of the animals appear on your screen. These virtual animals interact with touch screen devices.

As your battery recharges, the animals also feed and regain vitality, thereby increasing awareness of endangered eco-systems through everyday tasks.

CenterStage is the latest innovation platform that displays home appliances at the retail level. Large format displays show life-size appliances with a vast array of interactive functions so that consumers can experience various settings and features of the products. The Change Decor function shows products placed in different spaces, from the kitchen, the laundry room or the living room.

In June 2014, Samsung installed this platform in 15 of its exclusive stores. A platform designed around the user experience yielded positive results among customers. Seventy-three percent of customers said that CenterStage helped them when purchasing an appliance, and sales reports showed increased sales of refrigerators and washing machines. Taking up just 4.5m² and showcasing 70 items, CenterStage is set to appear in more than 100 additional stores within this year.

With the launch of the Galaxy Tab S in 2014, Samsung decided to test the capacity of the Super AMOLED display resolution by applying it to a Digital out of Home (DOOH) screen. It hoped to test the 90 percent near-natural color saturation of the display and the technology of the tablets, and highlight its features to people in an indirect, but emotional way. Samsung hoped to add color to otherwise busy lives.

Color Therapy was a billboard campaign in New York, Toronto, London, Amsterdam, Milan and Singapore. Each city had a total of 150 images of dynamic shapes and colors, all of them reacting to the current temperature, humidity and wind speed. On cold, wet days, the billboards would light up with warm, inviting colors while cool, relaxing colors would be generated on muggy, hot days. Nine hundred moving images were produced and presented 72 times per day to brighten the moods of city-dwellers.

Color Therapy has evolved the DOOH screen into a channel for healing and nurturing positive energy to those living in cities. The six installations developed by world-renowned artist, Marcos Lutyes, preserved the identity of each city. Based on the characteristics and climates of each, unique visual and color combinations comforted and nurtured the residents in unique ways. 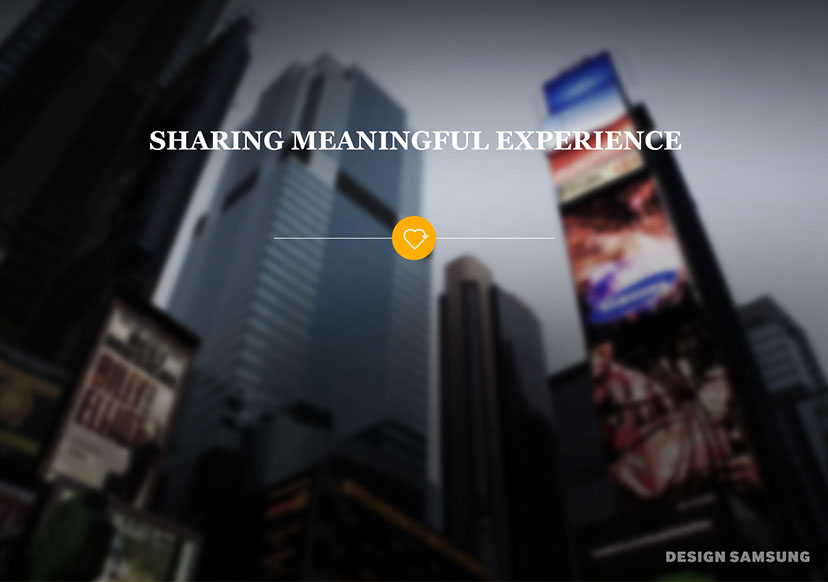 As technology continues to advance, Samsung will continuously look for more meaningful approaches to reach the hearts and minds of consumers. Its hope is to share experiences that provoke thought and resonate with people.

Sharing a more meaningful experience is the message Samsung wants to convey through its brand. As shown through these campaigns, Samsung communicates positively and empathetically in its messages about the innovative and unique designs it produces.