On November 15th, the Berlin Philharmonic Orchestra returned to Korea, showcasing the essence of post-romanticism music for the late fall concert in Korea with Samsung Electronics at Seoul Arts Center. 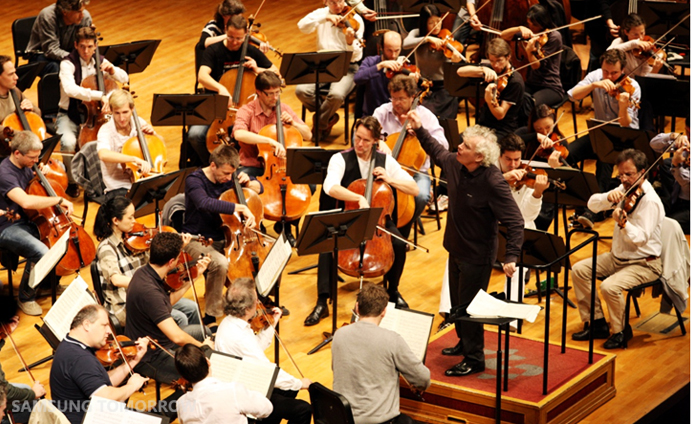 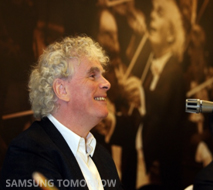 Three years since their last concert in Korea, the Berlin Philharmonic Orchestra was wonderfully conducted by Sir Simon Rattle (thought by many to be one of the best maestro in the 21st century) and performed G.Mahler & A.Bruckner’s Symphony No.9 in d minor, Label’s Alborada del Gracioso, and Toshio Hosokawa’s Concerto for Horn and Orchestra ‘Moment of Blossoming’ (Horn: Stefan Dohr) The audience of appreciative music lovers was understandably enthusiastic.

Samsung Electronics showcased their ‘Berlin Philharmonic’ Smart TV contents following the Orchestra’s concert. Now, not only can people watch and listen to the world’s leading orchestra, now in its 129th year, in their own living room with Samsung Smart TV, but can interact in ways previously unavailable. 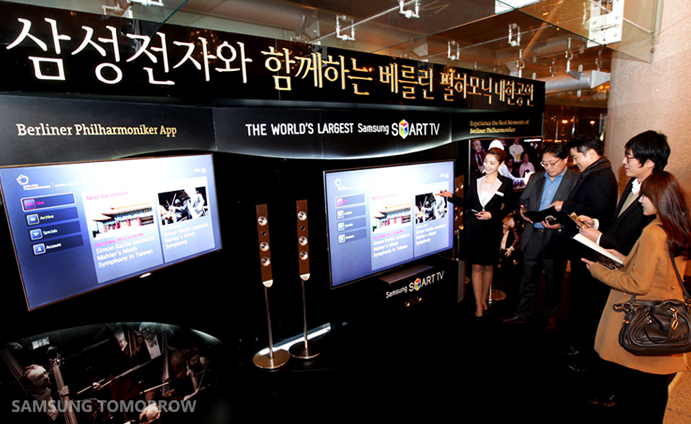 Besides enjoying the concert, Samsung Electronics provided an exhibition of Samsung Smart TV’s ‘Berlin Philharmonic’ contents, showcasing its smart functions. Users are able to search for information about the concert, as well as gain access and listen to other famous concerts. 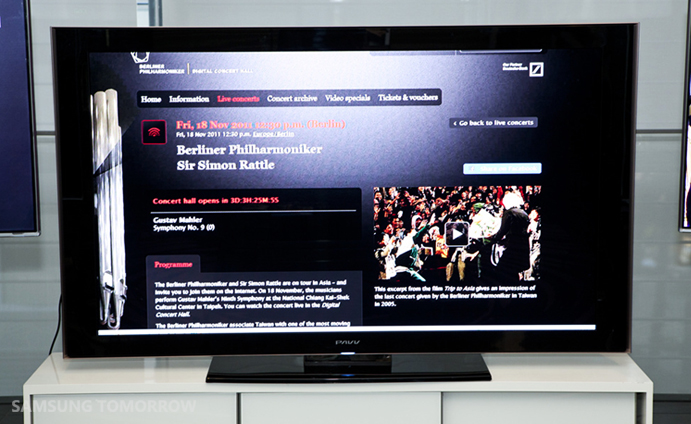 Samsung Smart TV’s ‘Berlin Philharmonic’ application consists of concerts by the Orchestra from all over the world, bringing the feeling of live performances to classical music lovers with the highest quality of “Smart TV” sound and HD picture. The application is created to bring the customers one step closer to classical music. 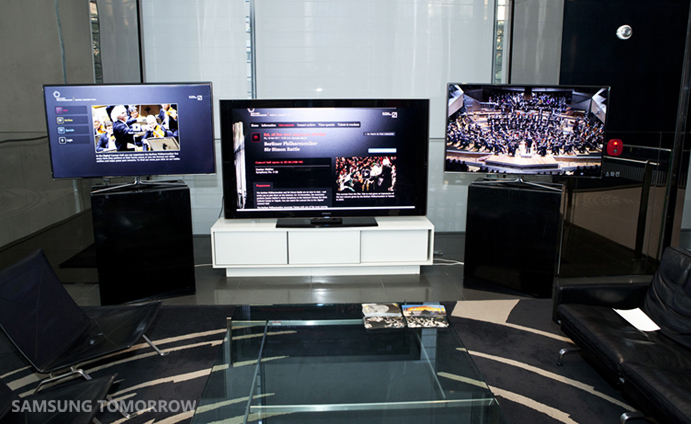 The ‘Berlin Philharmonic’ Smart TV app contains about 100 content items, including recorded live concerts. Through the Smart TV search function, the customers can search the contents by composer, conductors, and seasons in order to customize their listening experience to their taste.  Through the power of Samsung’s Smart TV, music lovers the world over can experience performances from all corners of the globe.