The Galaxy S7 edge LED signage can be spotted from as far as Moscow’s Gidroproekt building which is located 2.2 kilometers from the site. The LED signage is situated on the side of main road that connects downtown Moscow and Sheremetyevo International Airport, an area that sees approximately 800,000 people per day, 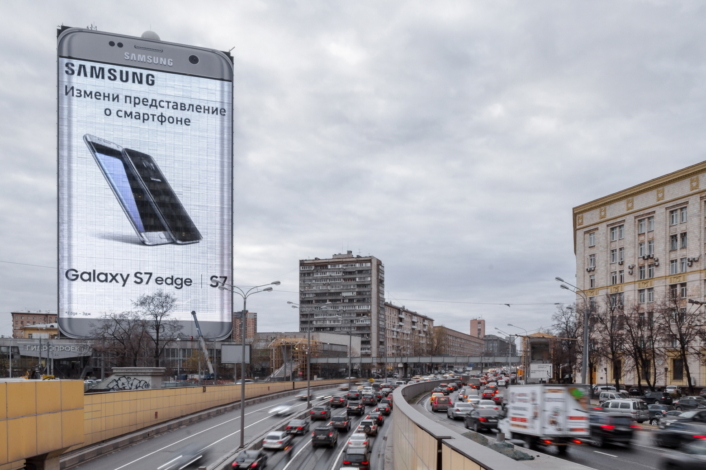 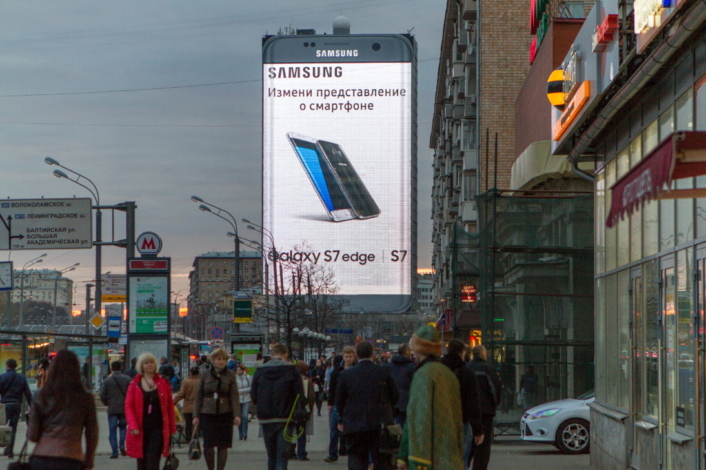