The Olympic Torch Relay will be held for 70 days starting on May 18th of next year, covering all parts of the UK. 8,000 torch-bearers are participating, with 1360 of them selected by Samsung.

The theme for the torch-bearer selection standard is “Gone the Extra Mile”. This theme emphasizes finding young people who exceed their limitations and inspire those around them. Everyone is welcome to nominate, and David Beckham kicked this process off. 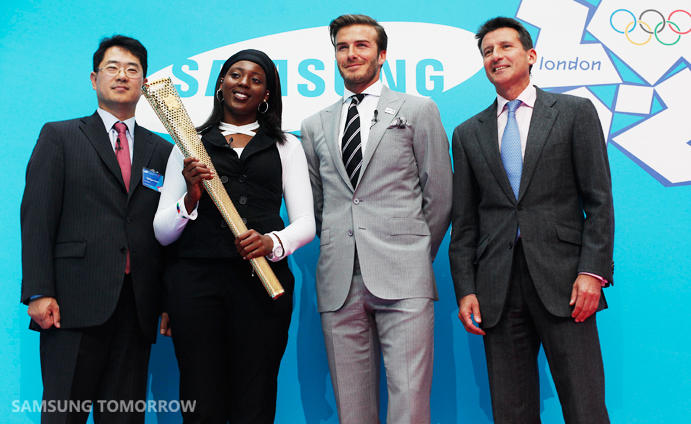 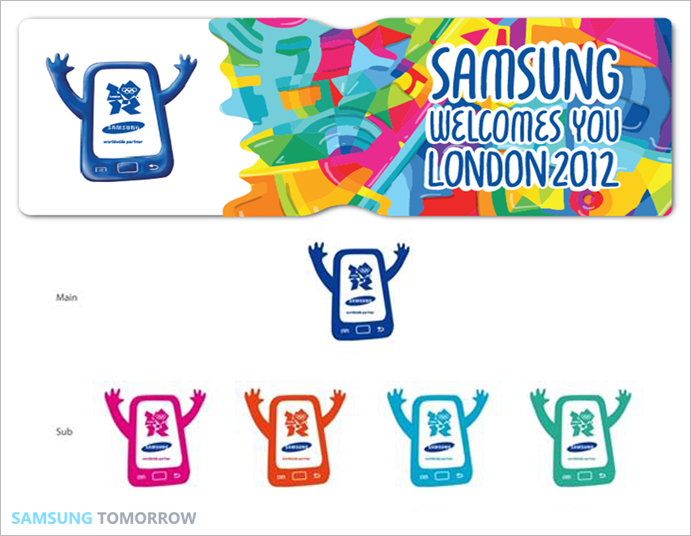 Samsung unveiled the Samsung Olympic Visual Identity System (SOVIS), its new logo for the Olympic Games. SOVIS portrays a mobile phone character with its arms spread, symbolizing an open invitation from Samsung and welcoming the world to the London Olympics.

This logo was designed exclusively for Samsung by award winning artist Kate Moross, and will be rolled out all across Samsung’s Olympic campaigns, including advertisements and the Olympic Torch Relay.

Samsung also introduced its plans for the Samsung Mobile Explorer program, inviting young minded, inspirational individuals from all over the world to experience London 2012 using Samsung’s smart technology. 60 Samsung Mobile Explorers from all around the world will be given the opportunity to share their personal London 2012 Olympics experiences using their smartphones, their content creation skills and their social media networks.

Ever since joining the TOP Programme in 1997(http://www.olympic.org/sponsor-samsung), Samsung has accompanied the Olympics from the 1998 Nagano Winter Olympic games to the 2010 Vancouver Winter Games. The London Olympics will be a global festival that people from all over the world can actively enjoy through smart technology. Samsung plans to continuously sponsor and support the Olympic Games.