Secure Folder leverages the defense-grade Samsung Knox security platform to create a private, encrypted space on a Samsung Galaxy smartphone. Apps and data moved to Secure Folder are sandboxed separately on the device and gain an additional layer of security and privacy, thus further protecting them from malicious attacks. Furthermore, users must use an authentication method such as PIN, pattern, passcode or biometric verification such as fingerprint authentication to access and manage Secure Folder. 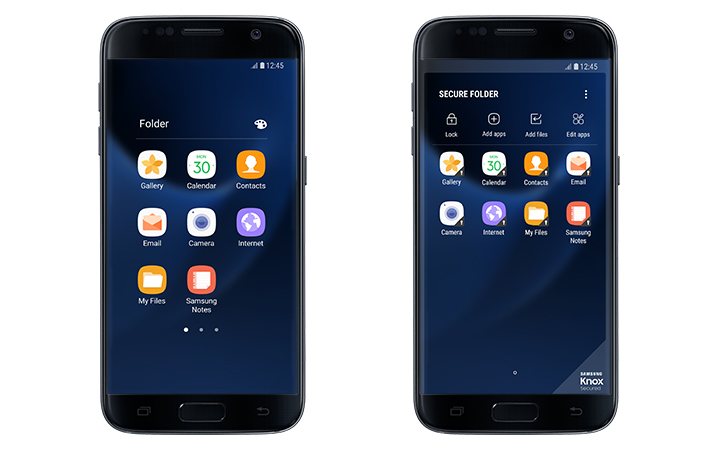 Users may leverage this feature to store and encrypt personal and private content, such as apps, images and documents, and keep them hidden. They can also make copies of their favorite apps and easily access them via alternate profiles. Any notes, photos, contacts or browsing history within the apps stored in Secure Folder will remain separate from the same apps outside Secure Folder.

This is especially useful for those who want to ensure that banking information or apps that store large amounts of personal data stay private when lending out their phones to friends, family members or colleagues.

With a simple design along with easy setup using a Samsung Account, Secure Folder is as convenient as it is secure. Sensitive data can easily be moved to Secure Folder by selecting Move to Secure Folder from native apps such as Gallery, My files, or Contacts, or by tapping Add files inside Secure Folder.

For additional privacy, users can also customize their Secure Folder by changing its name and icon. They can also hide the Secure Folder icon from their home screen altogether using Quick Panel. 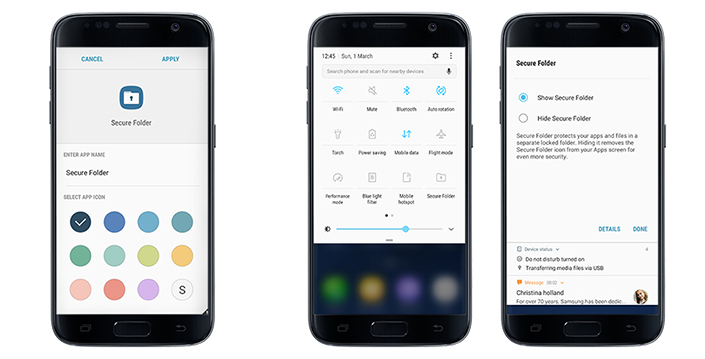 Users can customize Secure Folder by changing its name and icon (left), or hide the Secure Folder icon from their home screen altogether via the Quick Panel (middle, right).

Secure Folder also supports cloud-based backup and restore (BnR) to provide users with an easy way to migrate to a new device. Backup data in the Secure Folder is isolated from other general backup files. Therefore, backup data can only be restored through the Settings inside Secure Folder, and only by the original Samsung Account user. 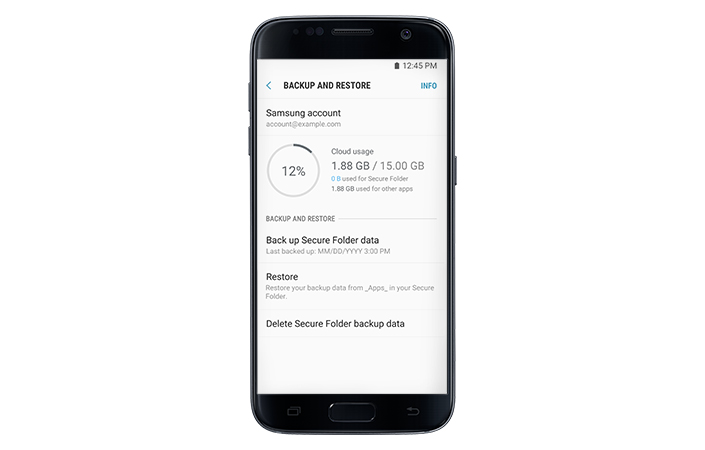 Secure Folder is available for download from Galaxy Apps, and is compatible with the Galaxy S7 and Galaxy S7 edge smartphones supporting Android OS 7.0 or later versions. Samsung plans to extend support to additional devices soon.