From Turkey to China and Beyond, Samsung’s Solve for Tomorrow Contests Challenge Students to Dream Up Innovative Ways to Improve Their Community

Last year, a precocious Turkish boy named Efe Gundeger used his head to come up with an ingenious way for others to protect theirs. Having noticed that far too many motorcyclists in his country were riding without helmets, Efe resolved to do something about it. After hatching an idea for a device that would address this pressing issue, he entered a competition that could help him bring his idea to fruition.

Efe’s idea, which he calls ‘Motokask-Motoheadguard,’ promotes road safety by placing a sensor in motorcyclists’ helmets that communicates with a control mechanism attached to their vehicle. When a rider puts on their helmet, a wireless signal is sent to this mechanism, which then allows the engine to start. If the rider attempts to ride without their helmet, the engine does not run. 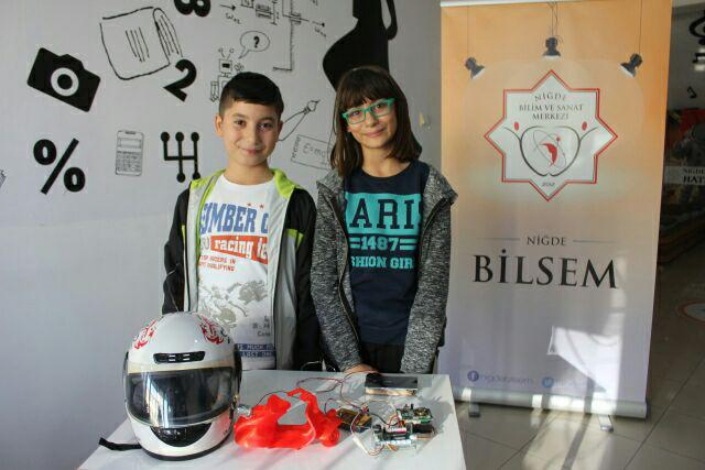 The competition that provided a platform for Efe to showcase his innovation, Samsung Future Inventors, was a collaboration between Samsung Electronics Turkey and the Creative Children’s Association, under the umbrella of Samsung’s Solve for Tomorrow initiative. 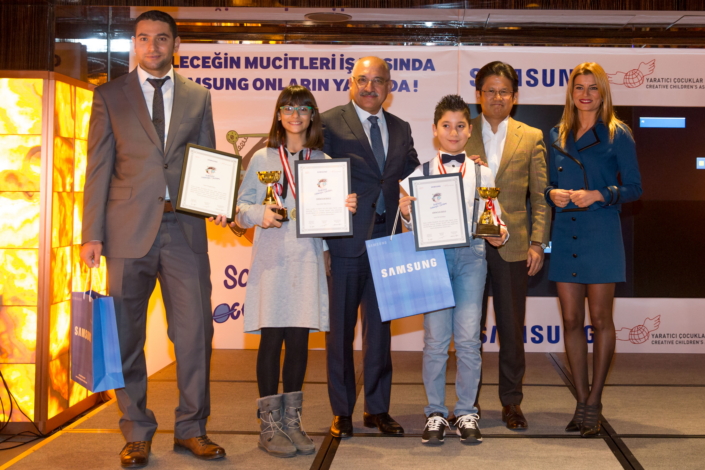 Just as its name implies, Solve for Tomorrow was established to encourage bright young minds around the world to come up with fresh solutions to pressing problems. With contests in countries around the globe, the initiative challenges students like Efe to dream up innovative ways to improve the world around them. The competitions’ ultimate goals are to enrich communities in need with meaningful innovations, and to nurture these students’ growth, confidence and ingenuity.

In 2016, a total of 18 open competitions were hosted in as many countries, including the U.S., Canada, Brazil, Mexico, China and Turkey.

The competitions award the most exceptional innovations. For coming up with a clever way to prevent road accidents, Efe earned his contest’s top prize. After receiving his award, Efe described how participating in the competition had inspired him to keep pursuing scientific projects and inventing new ways to help others.

See how Solve for Tomorrow competitions around the globe are helping students like Efe realize their creative ideas and make a difference in their community.

This past March, Samsung China organized a Solve for Tomorrow competition with the goal of making it easier for students in a mountainous region of Zunyi to get to school safely.

The contest challenged participants to design a model of a functional load-bearing bridge that could be used to construct a real one. After a winning design was selected, volunteers worked together to build the structure, which they dubbed the ‘Dream-Weaving Bridge’. 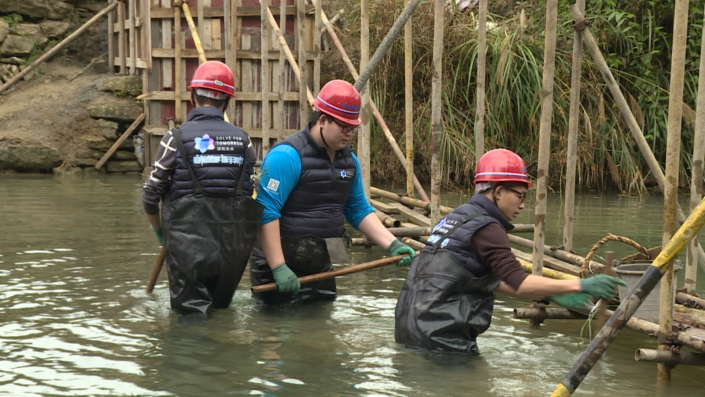 Along with lending a hand in the bridge’s construction, Samsung China staff donated science books and other educational resources to the rural school. Upon finishing the project, volunteers and contest participants walked away with a well-earned sense of accomplishment, as their efforts had made it easier for students to study science and pursue their educational dreams. 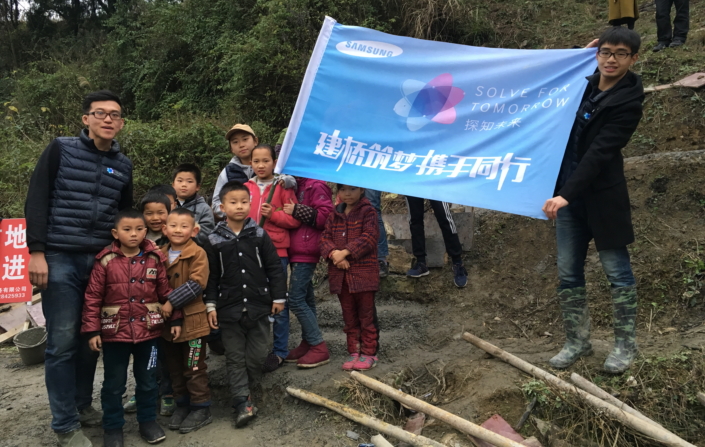 As Solve for Tomorrow participant Lü Xiaobo expressed afterward, “After helping to build the Dream-Weaving Bridge, and having seen the children’s smiles, I now see my life’s purpose more clearly, and will work hard to promote the study of science in the future.”

Promoting STEAM in the USA

In April, high school students from across America gathered in Washington, D.C. for the Samsung Solve for Tomorrow Contest – a competition that challenged students in grades 6 through 12 to come up with STEAM-based (science, technology, engineering, arts and math) solutions to real-world problems. 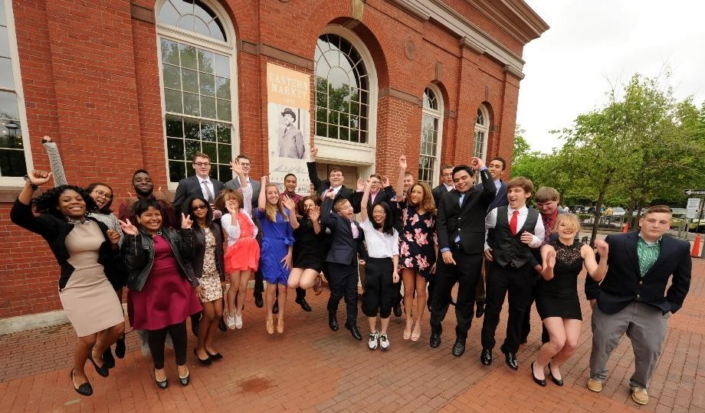 The students in attendance at the National Union Building represented the contest’s 10 finalist schools. Groups took to the stage before a panel of judges to pitch their unique projects, which spanned from a vending machine that supplies free hygiene products to the homeless, to a robotic car seat that detects when a child is left in a hot vehicle and alerts their parents. 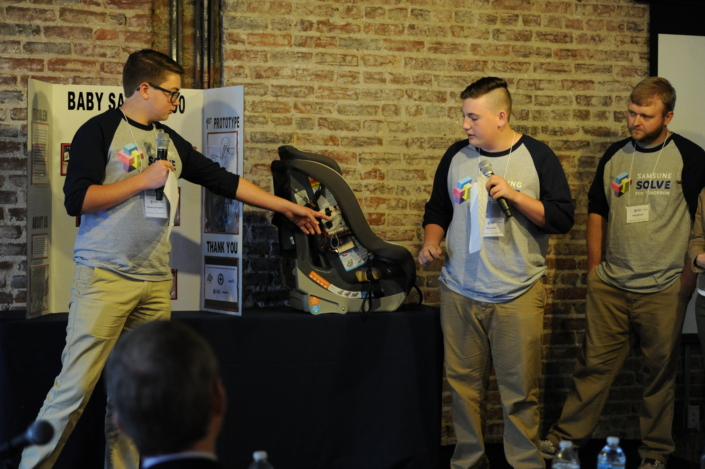 The contest’s three winning schools hailed from Arizona, Nebraska and New York. Their respective award-winning projects included a low-cost wildlife detection system to alert drivers of animals crossing the road, a drone-powered spraying system to target weeds and reduce the use of chemicals on crops, and an app that allows restaurants to donate food that might otherwise have gone to waste to provide after-school meals for students in need.

By promoting the study of sciences and helping the next generation make a difference in their community, Samsung’s Solve for Tomorrow program wholly embodies its guiding philosophy of inspiring the world and creating the future.