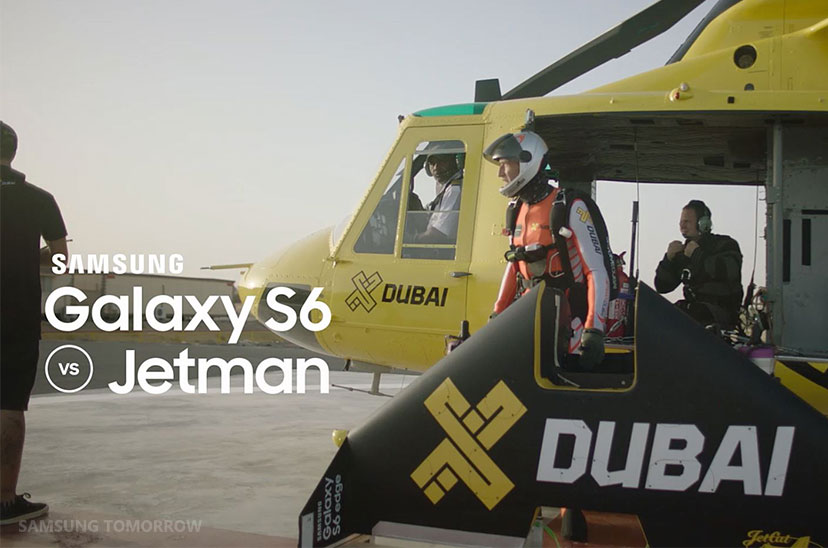 In a first-of-its-kind demonstration, Samsung Galaxy S6 is set to make an epic journey across the globe and show the world that “Next is Now”.   Three innovators of their crafts will participate in digitally-streamed events to showcase the Galaxy S6’s powerful features. The first event, set in Dubai will be unveiled on May 4 and will feature Swiss pilot Yves “Jetman” Rossy. The second event, set in Barcelona will be streamed on May 11 and will feature Marco Brambilla, an artist known for recontextualization. The final event will take place in Shenzhen, and will feature daredevil photographer Daniel Lau on May 18.   The three-part series will highlight iconic influencers in their fields, as they push boundaries and revolutionize the art of storytelling through technology. The digital events will allow users to experience these events first-hand, along with the subjects as they capture their lives with the Galaxy S6. 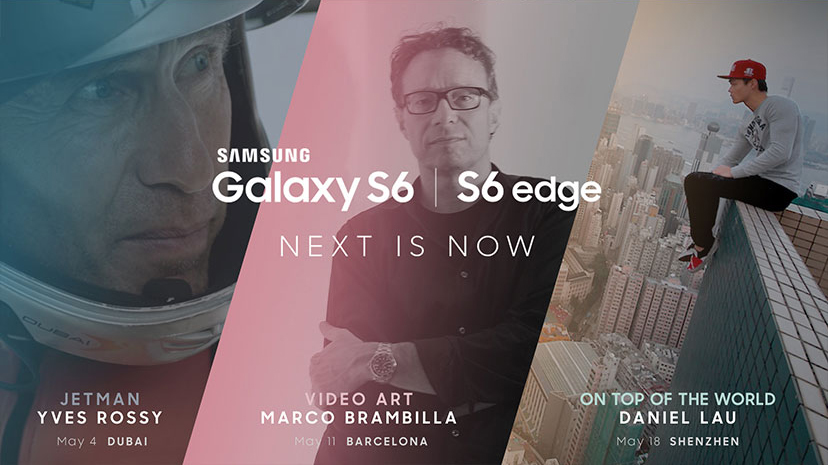 Jetman vs Samsung Galaxy S6: Featuring Fast Charging     In the first “Next is Now” event, held in Dubai, Yves “Jetman” Rossy, the Swiss pilot who invented the individual jet pack using carbon-fiber wings, will put the Galaxy S6 fast-charging feature to the test for the world to see. Ten minutes of charging is all the Galaxy S6 needs to deliver four hours of usage. Rossy will race the fast-charging power of the Galaxy S6, flying a route 40km long, hoping to reach the finish line before the S6 finishes charging. Users can experience the race first-hand through multiple camera views at www.samsung.com/galaxy.