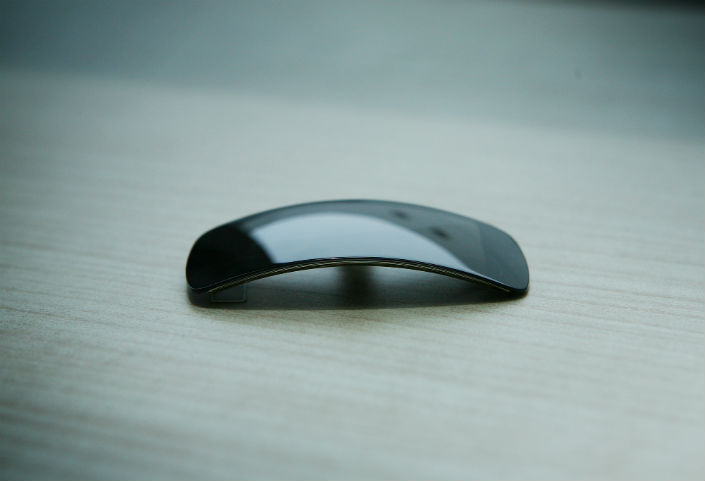 In 2014, Samsung Electronics introduced the Gear Fit, the industry’s first wearable device with a Flexible AMOLED display. Yet, with the release of the Gear Fit2, the company has brought some improvements to its display to better fit your wrist—and your workout experience.

One of the improvements of the new device is its design. The curvature of the Curved Super AMOLED display applied on the Gear Fit2 is 47.65R, while that of the previous model was 57.45R. The “R” is the measure of how curved a curve really is; a smaller number indicates a bigger curve.

By decreasing the curvature on the Gear Fit2, Samsung was able to realize a more compact and slim design for comfortable everyday use.

“Production processes, such as the lamination of the panel and window, become more complex when the curvature of a flexible display is smaller,” explained Gyubong Jung, Principal Engineer of Samsung Display. “But we were able to overcome this challenge through continuous research and development in flexible display technology.”

The Curved Super AMOLED display of the Gear Fit2 also boasts a screen that is clear and sharp, indoors and out.

The size of the screen of the Gear Fit2 was reduced to 1.5 inches from the previous 1.8 inches, but the resolution was enhanced to 216 × 432 pixels from 128 × 432 pixels. A clearer image quality was attained by improving the pixels per inch (ppi)—a number that indicates the density of display pixels—to 311ppi from 245ppi. Furthermore, the maximum luminance of display, a factor that strongly influences the level of display visibility under bright natural light, has been enhanced by 50 percent from 400nit to 600nit.

These enhancements were achieved by applying the same organic material used in the latest Samsung flagship smartphones, the Galaxy S7 and S7 edge, to the display of the Gear Fit2. As a result, fitness-related information such as heart rate, workout time and calories burned can be quickly and conveniently checked while exercising in the sun. 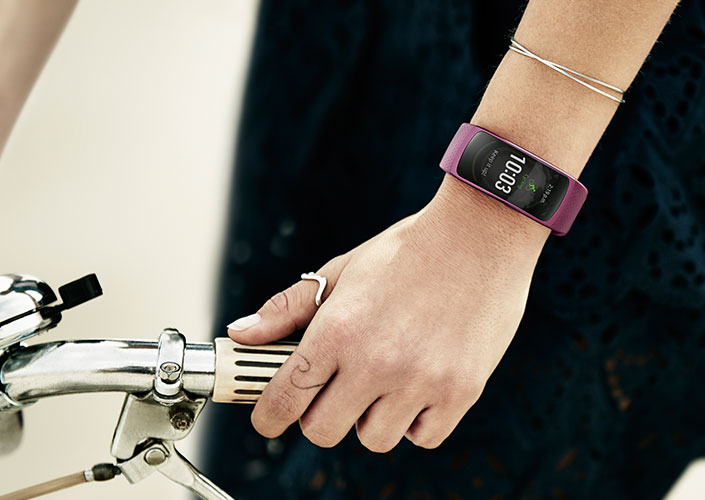 It’s no question that AMOLED display is the most suitable display for both smartphones and wearables. Because it does not require color filters or a backlight to illuminate the screen, the devices that utilize this technology can be thinner and lighter.

Flexible AMOLED displays in particular, like the one utilized by the Gear Fit2, can achieve pixels on a polyimide (PI) board made of a plastic material similar to thin cellophane. Thus, they can significantly reduce the weight and thickness of the product compared to ordinary AMOLED displays that use glass boards.

The Gear Fit2 Curved Super AMOLED panel itself is only 0.12mm thick. Even when assembled with the device’s other components, such as its Polaroid film, driver integrated circuit(IC) and window, it is still only 1.6mm thick and weighs 3.4g—a weight even lighter than a sheet of A4 paper. 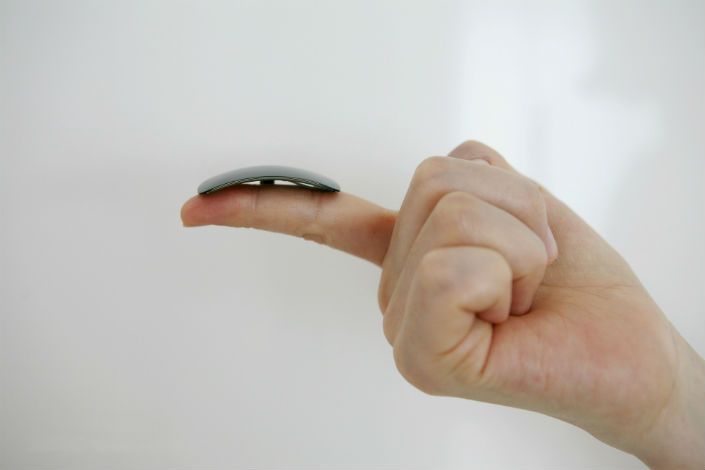