In Pictures: The Galaxy Z Flip Takes Center Stage at Fashion Weeks Around the World

Samsung’s latest foldable smartphone, the Galaxy Z Flip, has been turning heads around the world at four important dates in the fashion calendar, debuting at New York Fashion Week on February 12 and continuing on to London, Milan and Paris Fashion Weeks.

Not only does the Galaxy Z Flip offer users brand-new ways to interact with their smartphones thanks to its unique folding mechanism, its striking design is quickly establishing the Galaxy Z Flip as a must-have stylish accessory.

With its sleek silhouette and eye-catching color swatches, there is no better place for the Galaxy Z Flip to introduce itself as a statement-making smartphone than at four global Fashion Weeks.

On February 12 in New York, Samsung and Thom Browne hosted an exclusive event for stylish Fashion Week attendees to showcase the Galaxy Z Flip Thom Browne Edition, a device designed in collaboration with the seminal fashion brand for those who want their smartphone to be as iconic as their style.

Williams’ AW20 collection featured the Galaxy Z Flip alongside a custom-made Galaxy Z Flip microbag and hairclips to showcase how the smartphone is designed to complement any style. The Galaxy Z Flip was also spotted in the front row, as well as backstage, as models and influencers alike looked to document their Fashion Week adventures in style. 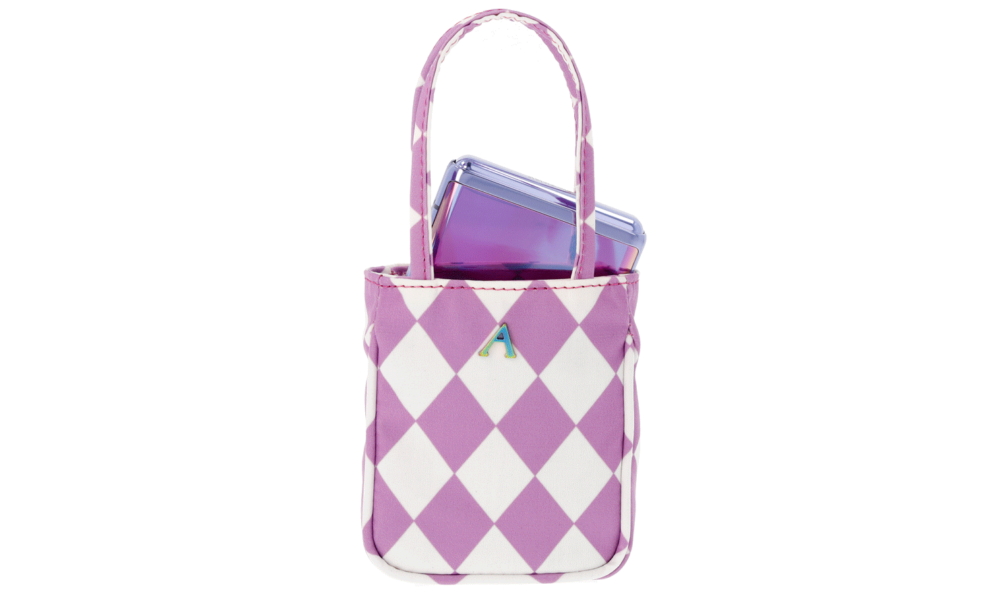 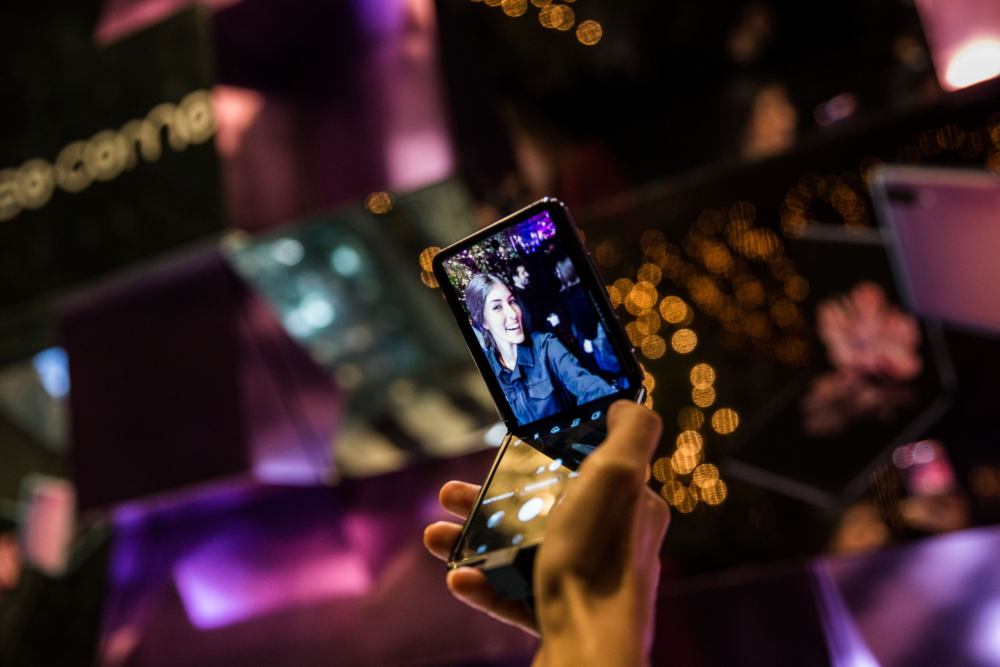 Users can purchase the Galaxy Z Flip Thom Browne Edition at the pop-up store, which features a store design concept as seamless as the Galaxy Z Flip’s new form factor and UX design. Visitors to the pop-up have been learning how the smartphone can fit seamlessly into their lifestyles, whatever they may be. 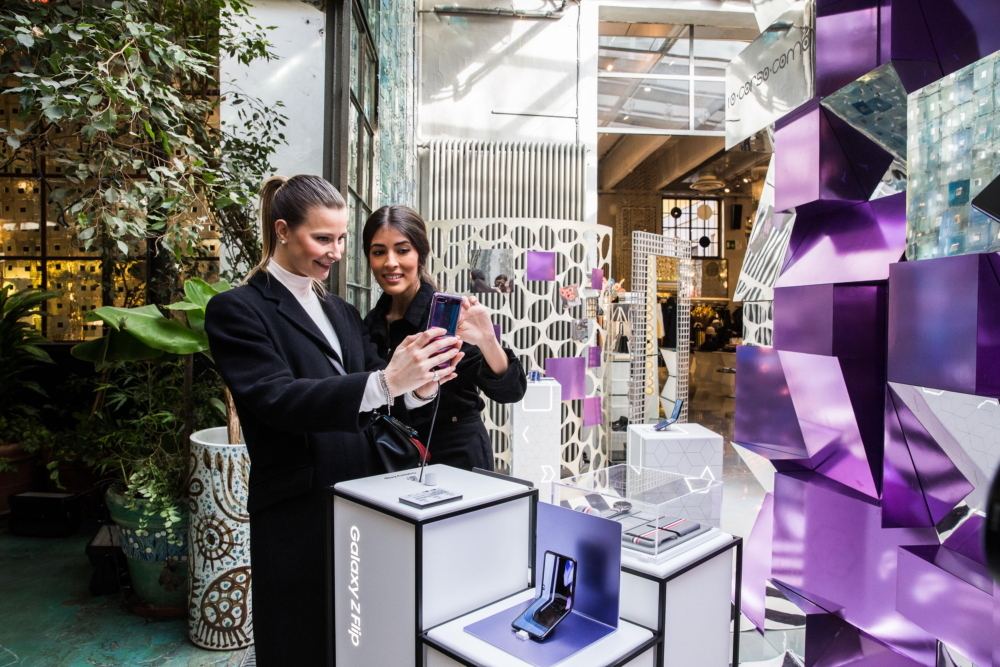 The Galaxy Z Flip is also being featured at a pop-up store event during Paris Fashion Week at the iconic Galeries Lafayette department store on the Champs-Élysées. The pop-up store is set right among some of the world’s most fashionable brands and demonstrates how fashion and technology can meet to produce innovative solutions to suit any lifestyle. 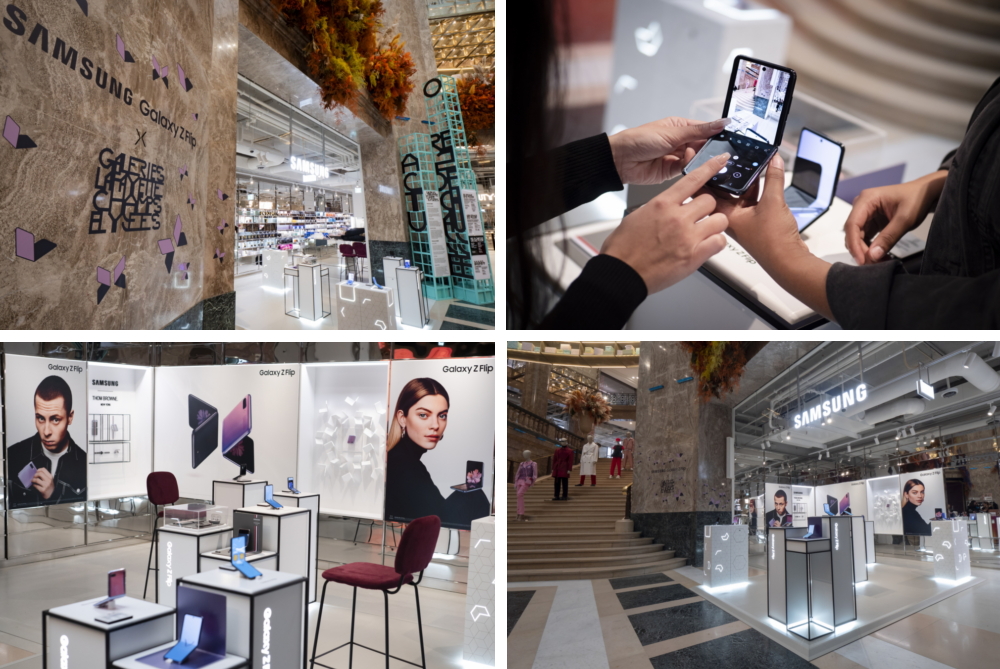