[Interview] Samsung DeX: Expanding the Mobile Experience to the Desktop 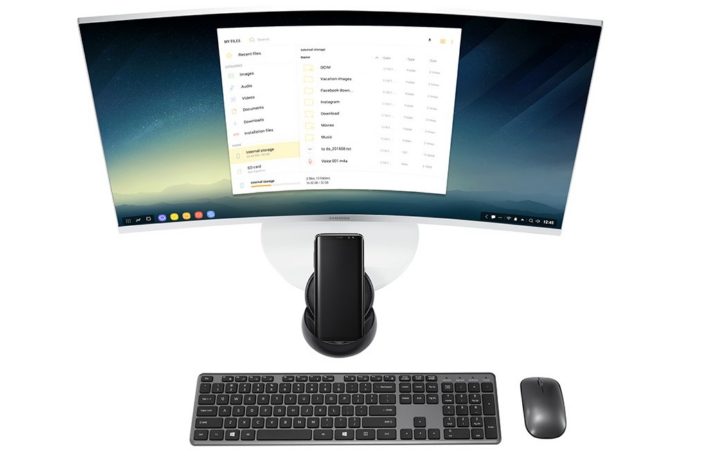 Samsung DeX is a new innovation that enables users to connect their Samsung Galaxy S8 and S8+ smartphone to a monitor, keyboard and mouse to unlock a desktop-like experience. The Android-based platform gives users access to the apps already installed on their mobile while also enabling them to interact with them in new ways. As a result, users can enjoy an additional dimension of convenience and productivity. 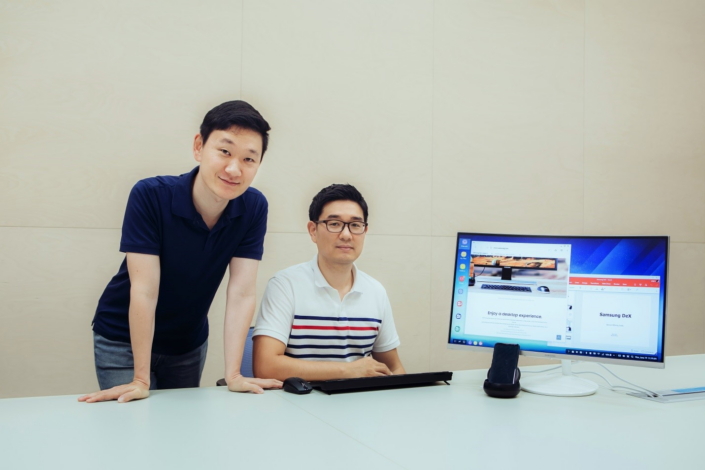 Q. You started this project in 2014. Why is now the right time to bring it to market?

Hyoungsik Kim: In 2014, our IM department had an idea. We wanted to expand the mobile experience to a PC but we had three challenges to overcome. First, the CPUs of smartphones three years ago weren’t fast enough. Secondly, HDMI technology wasn’t ready to offer the connectivity we needed, as response times were too slow. Lastly, the interface of the Android OS did not correspond to those of PCs’, which was a major problem.

In 2017, however, we had the opportunity to use new technology to bring our idea to life. New Android 7.0 mobile devices were brought to market, boasting Display Port (DP) technology that delivers video feedback through cables in powerful 10-nano Application Processors (AP). In other words, the hardware and software had finally caught up to where we needed it to be to develop Samsung DeX.

Q. What feedback have you had from consumers so far?

Hyoungsik Kim: Those who have shown real interest in Samsung DeX are the people who have PCs but tend to do basically everything – from compiling reports to sending video messages to their friends – on their phone. These consumers are highly satisfied with the fact that they can finally enjoy movies, games and other media from their smartphones on a larger screen.

Samsung DeX users also value having a desktop screen that looks different than their mobile screen, with a distinct allocation of apps, in addition to being able to use keyboard shortcuts and mouse gestures such as scrolling and drag and drop. 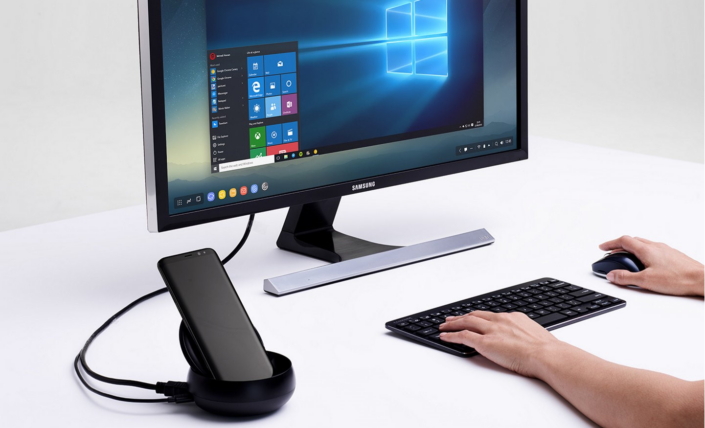 Q. How is Samsung working to expand the ecosystem of DeX-compatible apps?

There are hundreds of apps that already support Android 7.0 and this number is growing very quickly. As this ecosystem continues to expand, so too will the benefits it offers Samsung DeX users. The window resize feature is great, but we want to achieve so much more. We’re continuously working with a number of partners such as Microsoft and Adobe to provide a highly optimized user interface previously unavailable on a mobile device.

Minchul Kim: Furthermore, Samsung DeX was created as an open platform to make it easier for third-party developers to optimize their apps for the service. In fact, all developers need to do to make their app DeX-compatible is update it according to Android 7.0’s developer guidelines. Samsung also operates a website that offers developers a wealth of information about the Samsung DeX platform as well as FAQs to address their questions.

Q. What are some of the ways Samsung DeX can enhance the mobile workspace?

Minchul Kim: We considered our customers in both B2C and B2B realms. Samsung DeX allows mobile workers and business professionals to remotely and conveniently access their digital workspace and all of the business apps and data they need to get their work done through partner solutions including Citrix. We are also working closely with companies like VMware and Amazon Web Services and will continue to grow our roster of strategic partners.

Moreover, a number of institutions such as finance companies and government agencies are looking for ways to enable their employees to use their smartphones at work and have shown an increasing interest in Samsung DeX. Samsung is beginning to work with these organizations through an ongoing pilot program. As part of the pilot, we will monitor equipment issues, application operation and any other relevant features to ensure that Samsung DeX works smoothly in the working environment.

Samsung DeX is a great solution for the workspace not only because it helps to improve efficiency but is also cost-effective, as it helps to minimize costs such as management fees commonly associated with the utilization of PCs and other devices. 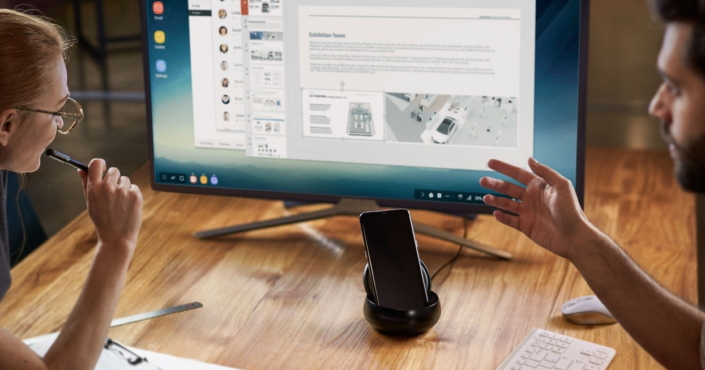 Q. How could Samsung DeX be used in different environments?

Minchul Kim: When creating Samsung DeX, we devised three use cases: light use at home, general use at conferences and workplaces, and last but not least, DeX Lounge.

For example, Samsung DeX makes working on-the-go a breeze. Whenever I go on a business trip, I much prefer to use Samsung DeX than a laptop. Some Samsung Electronics offices even have work stations equipped with monitors and keyboards, allowing employees to work via Samsung DeX. These places are appropriate venues for DeX lounge, which we look forward to growing in the near future.

Hyoungsik Kim: The concept of DeX lounge was born from the idea that many people are hesitant to use their personal accounts on public computers. So, by providing a space where they could simply plug in their smartphone and work from it in the same way they would with a computer, we could create a more comfortable public working environment. We are planning to test out DeX lounge through an upcoming internal pilot project at a coffee shop at the Samsung Campus.

Q. What was the main focus when creating the DeX Station? 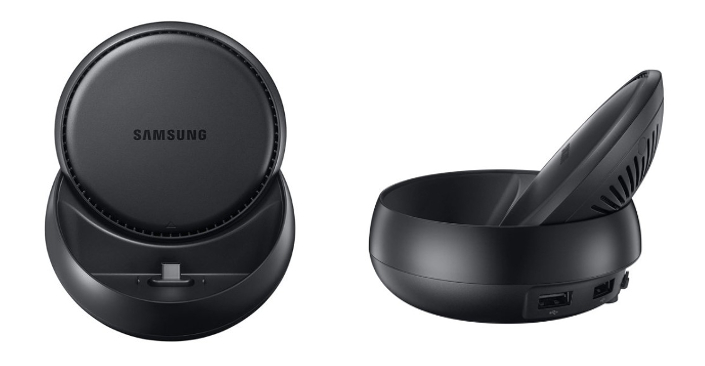 Minchul Kim: One of the biggest concerns of our customers is compatibility. Therefore, the DeX Station was designed to make sure consumers would be able to use all of Samsung’s 2017 flagship smartphones with just one device. The DeX Station also charges the phone while it’s being used and is highly portable, adding to its convenience.

Q. As a product manager, what is your vision for the future of Samsung DeX?

Hyoungsik Kim: Email, gaming and virtual reality are already in the realm of the smartphone. However, we hope to expand the role of the device to that of a mobile desktop platform by further incorporating certain features of the PC.

In 2017, we are demonstrating how smartphones can be extended to a desktop-like interface through Samsung DeX. The next step is to add new features as well as establish new use cases to make the service even better.

For more on Samsung DeX, check out this related article from Samsung Mobile Press.