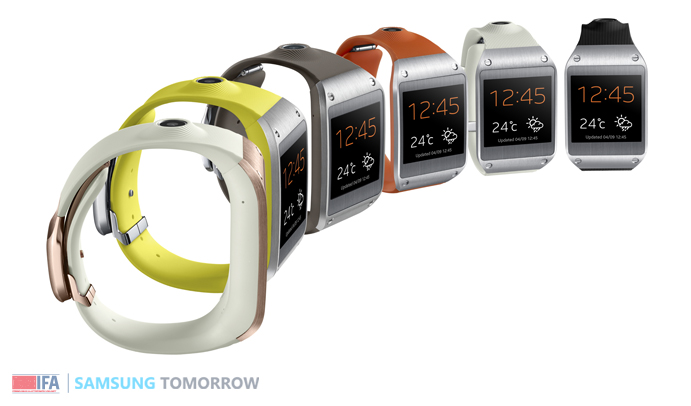 “Samsung’s ongoing smart device innovation leadership reflects our commitment to listen to our consumers, who want their daily lives to be easier and more enjoyable. Samsung GALAXY Gear benefits consumers by integrating smart device technology even deeper into their everyday lives, and bridges the gap between the mobile device and fashion worlds to create truly wearable technology,” said JK Shin, CEO and President of IT & Mobile Division, Samsung Electronics. 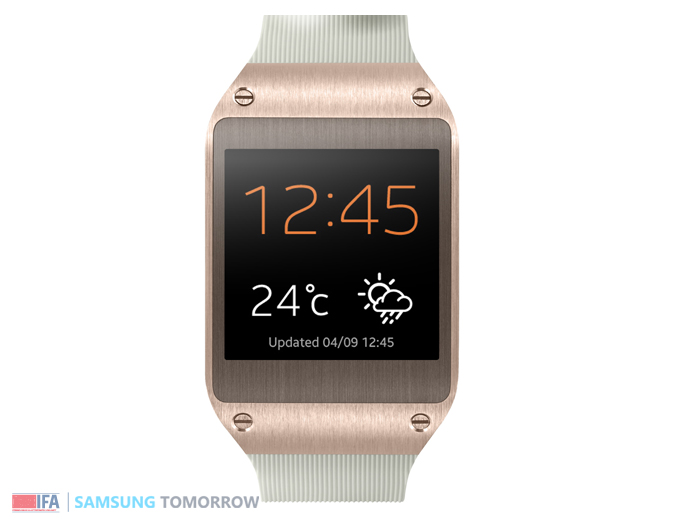 Samsung GALAXY Gear lets users to live in the moment while staying connected to their Samsung GALAXY devices. It notifies users of incoming messages, such as calls, texts, emails and alerts, delivers a preview of those messages and creates the opportunity for users to accept or discreetly ignore those messages. When an incoming message requires more than a quick glance, users can simply pick up their Samsung GALAXY devices and the Smart Relay feature will instantly reveal the full content on the screen. 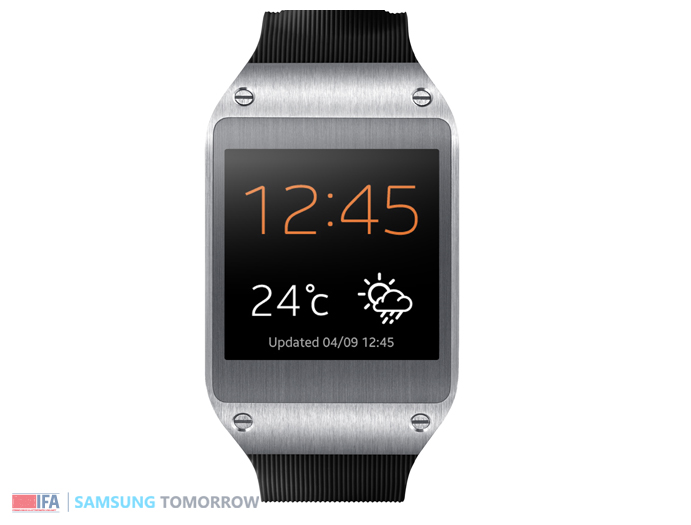 The built-in speaker allows users to conduct hands-free calls directly from the Gear, maintaining connections to their mobile communications without disrupting their daily routines. For example, a user leaving the grocery store, whose hands are full with shopping bags, could still make a call by speaking into the GALAXY Gear without touching the screen. Users can also draft messages, create new calendar entries, set alarms, and check the weather on the GALAXY Gear with S Voice.

Capture daily life from your wrist

In addition to enabling smart device controls, Samsung GALAXY Gear introduces several features that help users easily capture life’s meaningful moments which otherwise might be missed. With the  Memographer feature, a 1.9 Megapixel camera, users who are on the move or participating in physical activities can record both photos and video to create quick, visual records of important information or events from their daily lives, as well as share them on their social networks. Extending the quick-record concept, Voice Memo lets users capture important thoughts or conversations from their wrists and save those voice recordings into texts on their Samsung GALAXY devices.

With the GALAXY Gear, users gain a wide range of favorite features that further increase the benefits of this new accessory.

Find My Device helps users find the location of their smart devices when they have been misplaced by making them beep, illuminate and vibrate.

With Samsung GALAXY Gear, users can also control the music played on their Samsung GALAXY devices. As with traditional music players, it helps users browse, play and pause songs even when their smart device is not within reach.

Finally, the GALAXY Gear also works like a Pedometer to track physical activity via enhanced, built-in sensor technology. This feature systematically and automatically monitors users so they can track key personal data such as calories burned, steps taken and distance covered.

Samsung GALAXY Gear embodies understated elegance. Its refined design, executed in, high-quality finishes, conjures images of luxury jewelry while still being understated enough to go well with any outfit. A rounded and simple flowing form wraps around the body, integrating with the user’s personal environment, and maintaining comfort at all times.

The GALAXY Gear also serves as a wristwatch and includes several face options that create the opportunity for users to personalize their watch face. It will come preloaded with 10 different clock options and more choices will be downloadable via Samsung Apps. The GALAXY Gear experience can be further personalized by selecting from six colors that will be available at launch: Jet Black, Mocha Gray, Wild Orange, Oatmeal Beige, Rose Gold, and Lime Green.

Samsung GALAXY Gear will be launched with the GALAXY Note 3 in more than 140 countries around the world starting from September 25.

“The potential for wearable devices is incredibly exciting. Evernote strives to be a second brain, providing information to people when and how they need it, so they can lead better, smarter lives. It is important for us to be involved with products like the Samsung GALAXY Gear so we can start delivering on that promise, and better understand how and when people want to consume information through these new, innovative devices.” Phil Libin, CEO, Evernote

“Samsung is setting a very high bar for wearable technology with this stylized and incredibly functional device. Location sharing is a natural fit with the watch, and we are thrilled to partner with a smart, innovative company like Samsung to provide their users with Glympse location technology.”

“Path’s intimate social graph lends itself perfectly to wearable devices like the Samsung GALAXY Gear, sharing only relevant notifications from the people who matter most,” said Path CEO Dave Morin. “Taking advantage of the built-in camera and touchscreen, Path on GALAXY Gear lets users to easily take photos, give feedback to friends, and post their location. We’re excited to evolve the Path experience on this breakthrough wearable device as well as our partnership with Samsung.” 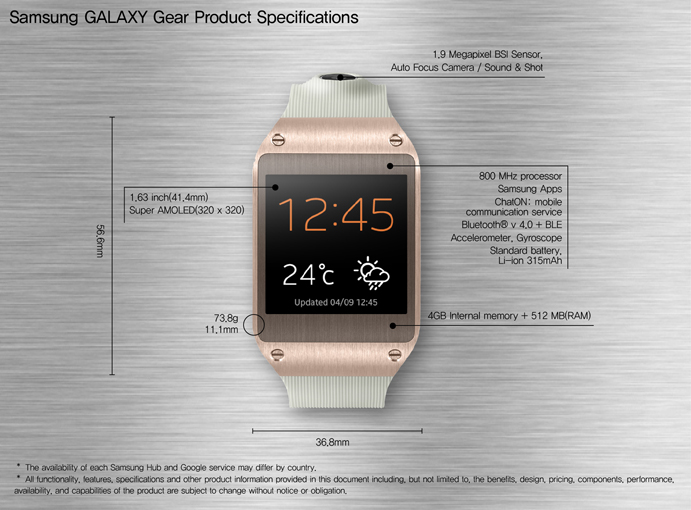 ＊ The availability of each Samsung Hub and Google service may differ by country.