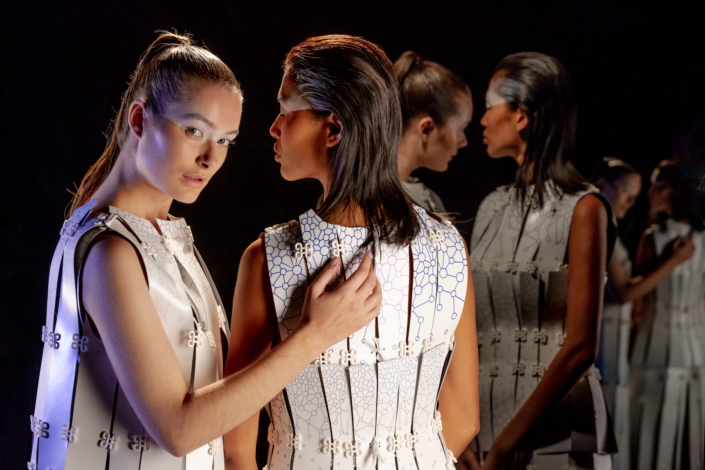 Spearheading progressive design in the world of fashion, Fontan is a couture designer, whose works garnered three awards at Graduate Fashion Week in London this year. She was also the first fashion student to “grow” her own dress, which was organically grown from 100% biodegradable textile, including Kombucha tea, sugar, bacteria and yeast. For this collection, to continue her sustainability efforts, Fontan utilized a mix of recycled leather and biodegradable 3D plastic fastenings in the garments. 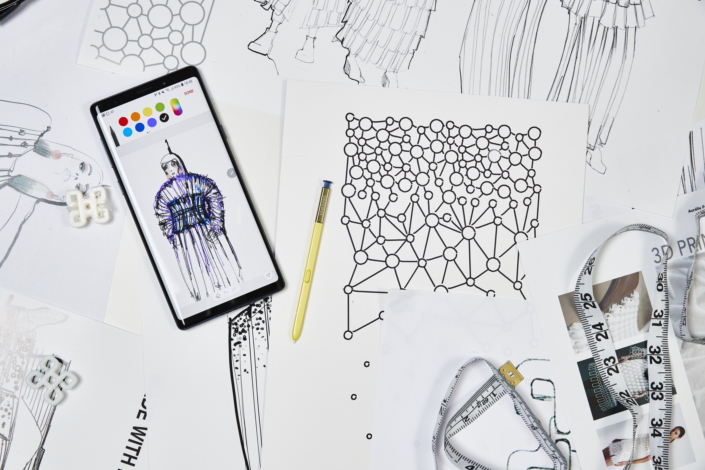 Working at the intersection of technology and fashion, Fontan’s ambition and creativity show what the Galaxy Note9 can do in the hands of next-gen achievers. “Mobile Couture” is a key example of how readily available technology, such as a smartphone, can open up new possibilities for the traditional methods of couture design. 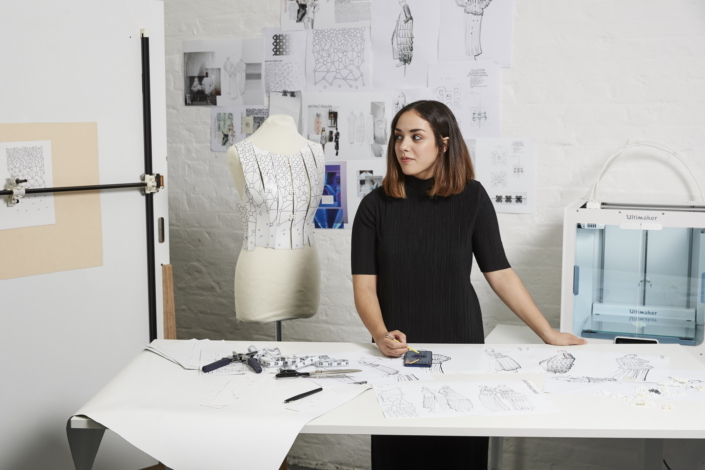 Fontan at work in the studio

Fontan used the Galaxy Note9 at every stage in the design process – from concept to completion – as she created the four garments which make up the capsule collection. 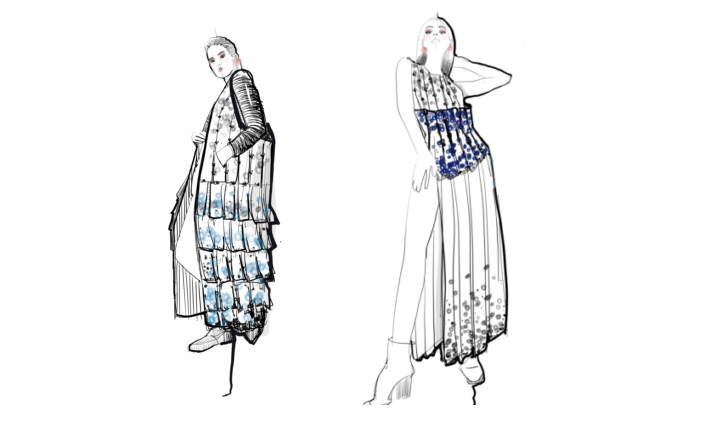 The Galaxy Note9’s signature S Pen is both pressure-sensitive and fine-tipped, meaning that Fontan could sketch on the device as if using pencil on paper, shading and drawing intricate patterns whenever and wherever inspiration struck. The S Pen’s remote-control function also sparked her creativity, allowing the couturier to take photos without needing to hold the phone, which offered new perspectives for her digital look book.

Using the camera and S Pen to source, annotate and save inspiration for her digital sketchbook even while on the move, Fontan also had the freedom to keep large files of diverse formats on the device as she worked, thanks to the device’s large storage capacity. 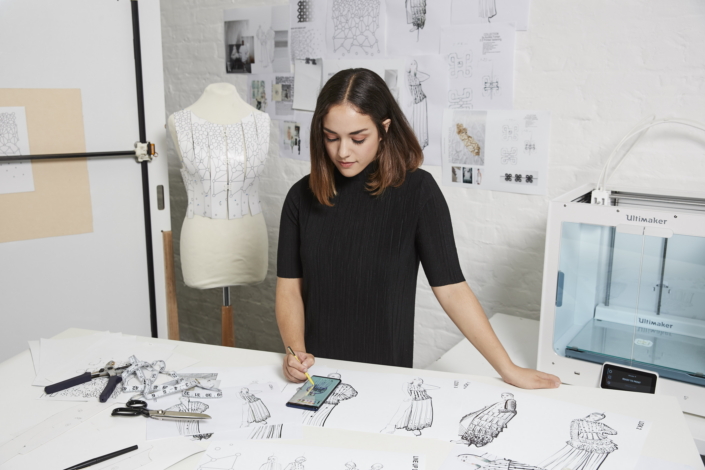 By 3D-printing elements of the garments directly from the Galaxy Note9, Fontan eliminated the computer as an intermediary device, instead relying on the smartphone’s substantial processing power. She was even able to monitor and edit files during the printing process. 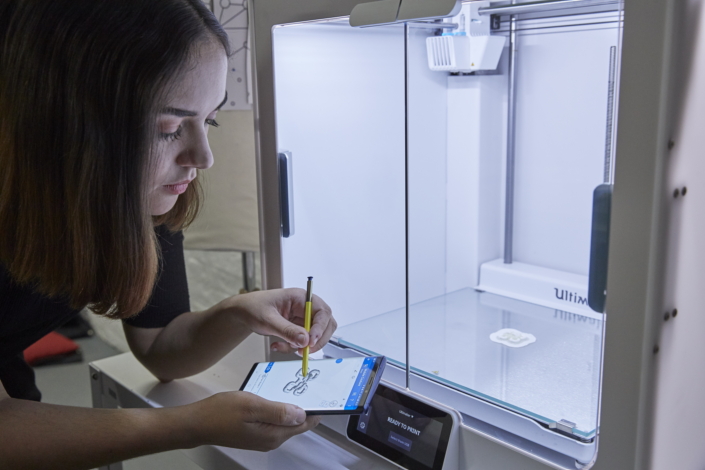 Fontan also used the Galaxy Note9 to wirelessly transmit her fabric pattern designs to be printed onto leather strips.

In using the Galaxy Note9, the time taken to craft the collection was dramatically reduced, allowing Fontan to work quickly to create beautiful garments with these innovative techniques.

Technology and sustainability work in harmony in the “Mobile Couture” collection. Recycled leather was used to create the base, which is made of shredded leather scraps and residues, whilst the 3D fastenings were made from the biodegradable material PLA (polylactic acid), a renewable resource derived from corn starch. 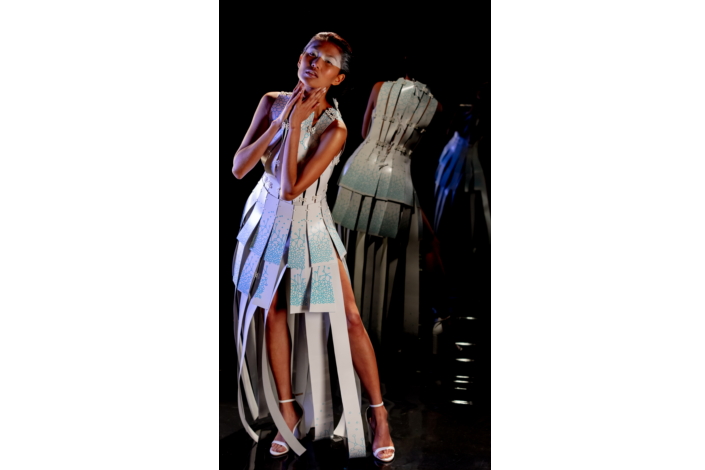 “As someone whose creativity is driven by the potential of technology and science, it was really interesting for me to find that there was a smartphone that actually had the capabilities to control and own the whole production process of an entire collection,” Fontan elaborated. “My ideas are ambitious and aim to challenge traditional processes so, as a young designer, it was liberating to be able to see them come to fruition using a device that I always have in my hand.”