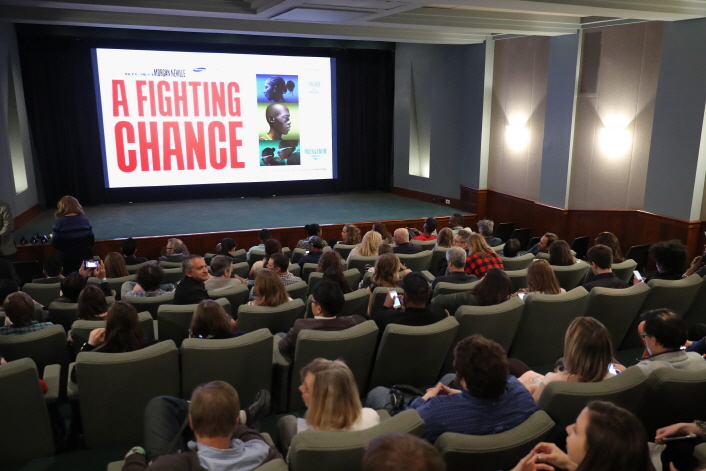 Samsung Electronics, Worldwide Olympic Partner in the Wireless Communications Equipment category, and Academy Award-winning filmmaker Morgan Neville (“20 Feet From Stardom,” “Best of Enemies,”) today celebrated the official premiere of “A Fighting Chance” at a private screening during the 2016 Tribeca Film Festival® in New York City. The powerful documentary short gives an unseen perspective into the lives of four Olympic Games hopefuls from around the world as they defy barriers and persevere through challenges to achieve their dreams of competing at the Rio 2016 Olympic Games.

Following the film’s debut, it was announced that “A Fighting Chance” is now available for streaming to hundreds of millions of global viewers on Vimeo at www.Vimeo.com/channels/AFightingChance.

“Samsung is a company with a heritage of defying barriers. Through ‘A Fighting Chance,’ we are shining a spotlight on four athletes as they defy barriers and push the limits to achieve their dreams,” said Younghee Lee, Executive Vice President of Global Marketing, Mobile Communications Business at Samsung Electronics. “By sharing these inspiring stories, we’d like to tell the story that Samsung is not just an Olympic sponsor, but a company that is truly fueling the meaningful progress of these athletes. And by telling these authentic stories to the world, we hope to inspire and motivate people everywhere to defy their own barriers.”

“A Fighting Chance” follows the remarkable stories of four Olympic Games hopefuls from Lesotho (Tsepo Mathibelle, Marathon), Vanuatu (Miller Pata & Linline Matauatu, Beach Volleyball) and the Dominican Republic (Yenebier Guillén Benitez, Boxing, 75kg). These athletes vary by sport discipline and geography, but share a passion and unwavering determination to overcome obstacles as they strive to represent their nations on the world stage at the Rio 2016 Olympic Games. 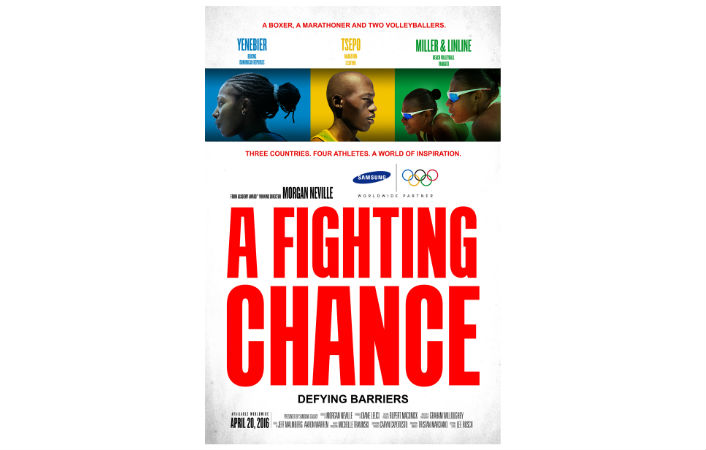 The inspiring documentary is a story of courage, hope and perseverance that explores how four Olympic Games hopefuls are embracing challenges as they try to help their countries make history.

“One of the things that’s great about the Olympic Games is that it’s a place where everybody gets to share the stage, but some of these countries and athletes don’t have the proper resources and are faced with so many challenges,” said director Morgan Neville. “I’m thrilled that I got to work with Samsung on ‘A Fighting Chance,’ – it was a once-in-a-lifetime experience to meet these athletes and share their untold stories. Having spent time with them, we realize how hard they work, how big the stakes are for them, and how truly talented they are. I came out of this feeling like all of them deserve to win a Gold Medal.”

For additional information about “A Fighting Chance,” including athlete and director biographies, photos and videos, please visit www.samsungmobilepress.com/AFightingChance.

Olympic Hopefuls on Defying the Barriers

“I am proud to be a part of the Samsung ‘A Fighting Chance’ documentary short, and to show the world the spirit and will that the people of Lesotho have. Our country may be small, but we have big hearts, and I am excited to represent my family, friends and countrymen at the Rio 2016 Olympic Games.” 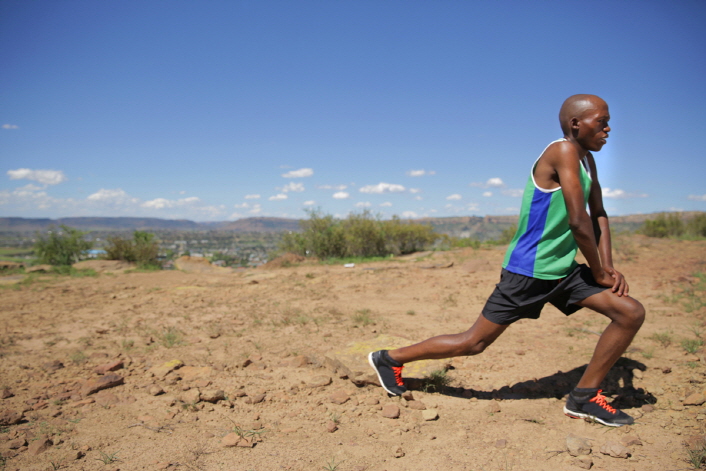 “Our dream is to make it to the Olympic Games, especially after all of the hard work we’ve put into this from the beginning and the challenges we still face every day. Although it is difficult for mothers in Vanuatu to play sports and spend time away from home while competing, Samsung is helping us stay connected, whether with family when we are far away or with our coach when we are in different places.” 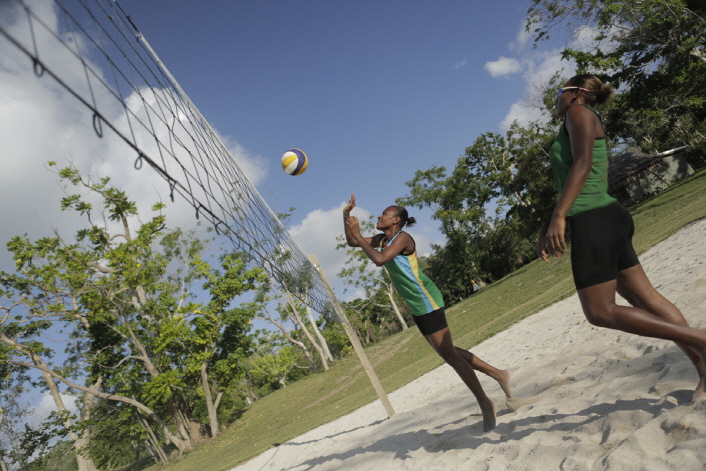 “I work hard to overcome my obstacles because I want to achieve my goals to be my best and to win a medal at the Olympic Games. Samsung has generously provided us with phones for keeping in touch with my family and friends, and it has helped me a lot because my family is my inspiration. I can also now track my training better and connect with my coach, using Samsung technology to review and improve my technique. These may seem like small things, but they are big to me and can make all the difference” 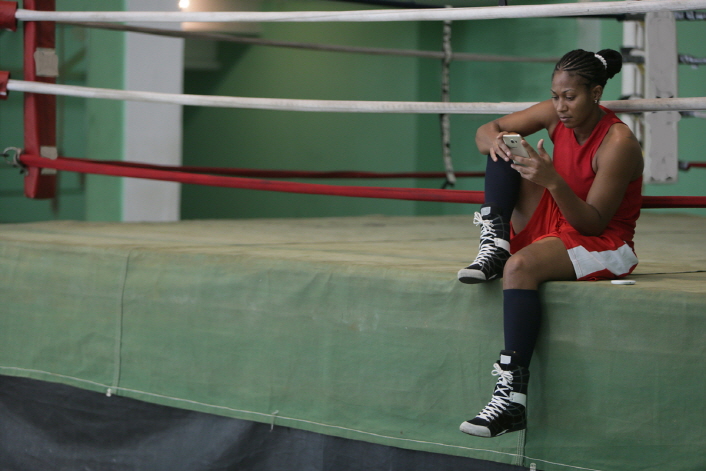 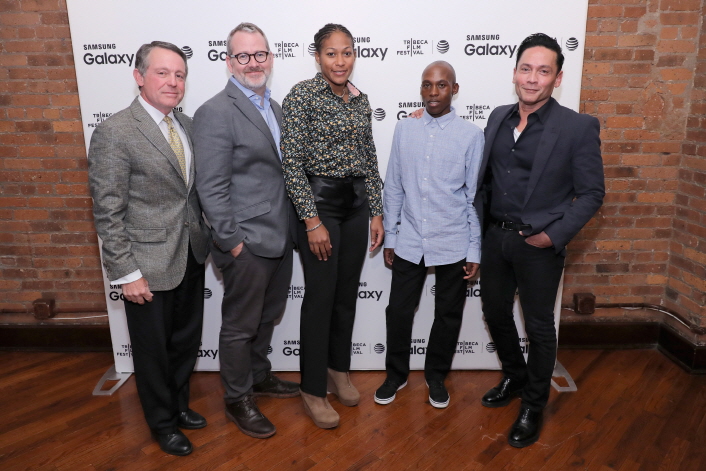 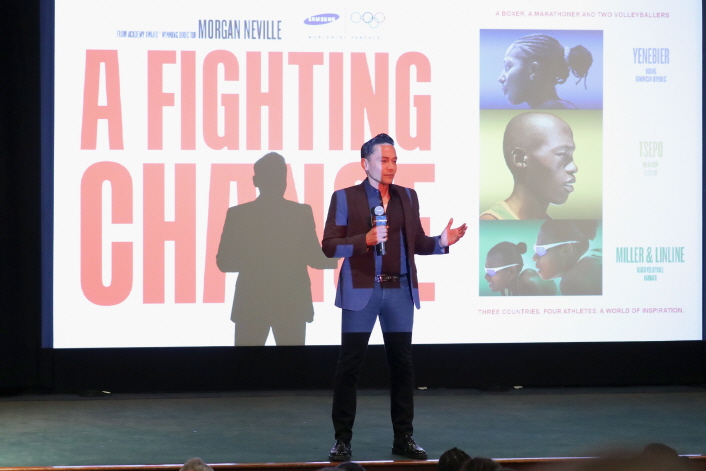 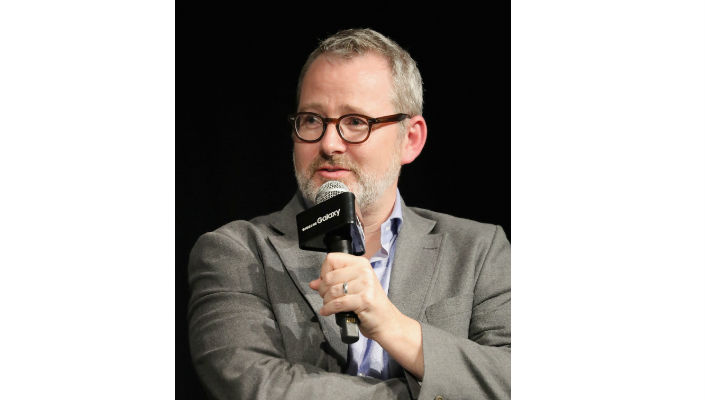 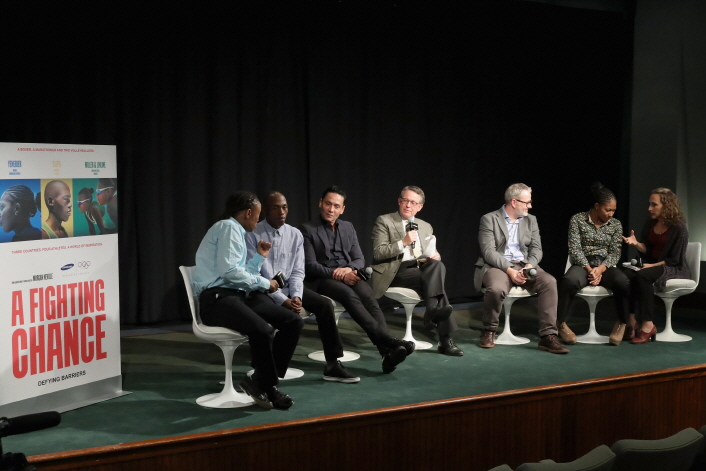 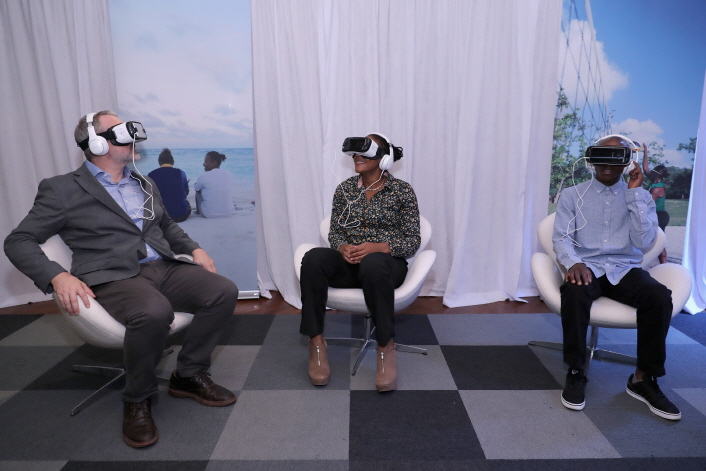 Morgan Neville is a documentary filmmaker whose films focus on culture. His acclaimed film 20 Feet From Stardom won the 2014 Academy Award for Best Documentary as well as a Grammy Award for Best Music Film in 2015. His documentary, Best of Enemies, was released by Magnolia Pictures and Participant Media in 2015 and was shortlisted for the 2016 Academy Award. Neville has been nominated for three additional Grammys for his films: Respect Yourself: The Stax Records Story, Muddy Waters Can’t Be Satisfied and Johnny Cash’s America and won an Emmy Award for his film Hank Williams: Honky Tonk Blues. Neville’s non-music films include The Cool School and Beauty Is Embarrassing.  Recent projects include Chelsea Does, a four-part documentary series and Keith Richards: Under the Influence. His latest film, The Music of Strangers: Yo-Yo Ma and The Silk Road Ensemble, will be released by The Orchard in June 2016.

About Samsung’s Involvement in the Olympic Games
Samsung began its Olympic Games involvement as a local sponsor of the Seoul 1988 Olympic Games. Beginning with the Nagano 1998 Olympic Winter Games, the company extended its commitment to the Olympic Movement as the Worldwide Olympic Partner in the Wireless Communications Equipment category, providing its proprietary wireless communications platform, called Wireless Olympic Works (WOW), and mobile devices. These innovative mobile phone technologies provide the Olympic Family with real-time, user location-based information service, interactive communications, and Samsung Pay. Samsung hosts various Olympic campaigns to share the excitement of the Olympic Games with people around the world and enable everyone to participate in the Games through its innovative mobile technology. Samsung’s commitment as a Worldwide Olympic Partner continues through to Rio 2016, PyeongChang 2018, and Tokyo 2020.