Samsung Electronics, Worldwide Olympic Partner in the Wireless Communications and Computing Equipment category, is continuing its commitment to the Olympic Movement, by hosting a series of activities for the Youth Olympic Games Buenos Aires 2018 that help spread the #DoWhatYouCant spirit to a young audience. During the Youth Olympic Games, athletes and fans will be able to experience Samsung’s cutting-edge technology and be encouraged to capture and share lifelong memories of Buenos Aires 2018.

“The belief that the world holds endless possibilities begins at a young age, which makes it even more important that we support the youth of today who are pushing the limits to #DoWhatYouCant,” said Younghee Lee, CMO and Executive Vice President, Samsung Electronics. “Samsung is committed to the Olympic Movement and we’re looking forward to providing exciting experiences powered by our latest technology to young fans at Buenos Aires 2018.”

To celebrate the Youth Olympic Games, Samsung is offering immersive and interactive visitor experiences at the Samsung Olympic Showcases, which highlight the latest wireless communications products and technologies, including Galaxy S9 and S9+, Gear IconX – paired with Galaxy S9 and S9+ and Galaxy Tab S4. For twelve days, two showcases will be open to the public in Buenos Aires – one at the Youth Olympic Park and the other at Abasto Mall–enabling everyone to participate in the Youth Olympic Games through Samsung’s innovative mobile technology.

During the Youth Olympic Games, fans, athletes and visitors of the Samsung Olympic Showcases will be able to interact with Samsung’s latest technology and establish meaningful connections through a variety of activities, including: 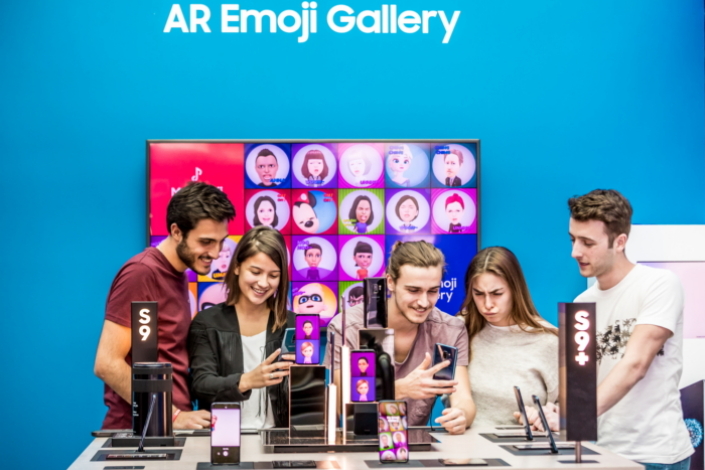 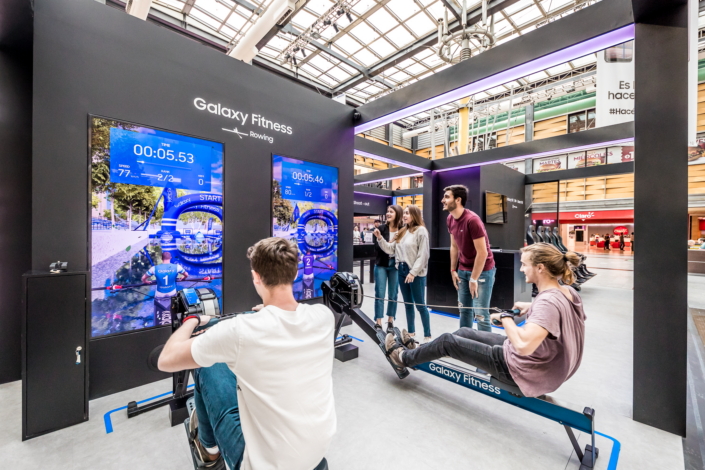 At the Samsung Olympic Showcases, fans will also have a chance to celebrate the Olympic Spirit, and participate in the Samsung Pin promotion by completing a variety of interactive experiences, and collect up to 7 specially designed sport and culture themed pins.

As part of its goal to spread the Olympic Spirit and to help fans participate in the biggest multisport and cultural celebration in the world, Samsung is distributing the Buenos Aires 2018 Youth Olympic Pass at designated Samsung Stores. With the Pass, the public has access to the four Youth Olympic Parks and the competition stadiums, as well as more than 1,200 cultural activities free of charge. Nearly 600,000 requests for the Pass, which comes in the form of an electronic bracelet, have already been processed.

“Samsung’s many activations at the Youth Olympic Games Buenos Aires 2018 will allow all visitors to capture their unique experiences and share the Olympic Spirit around the world,” said IOC President Thomas Bach. “By bringing its innovative technology to young athletes and fans from across the globe, Samsung is celebrating the power of sport.”

About the Youth Olympic Games

The Youth Olympic Games (YOG) are an international multi-sport event for young athletes between 15 and 18 years old of an educational and cultural nature, with the objective of promoting Olympic values ​​in Youth. The celebration of the event, which takes place every four years (in its two editions, winter and summer, which take place alternately every two years), is promoted by the International Olympic Committee (IOC). The Youth Olympic Games Buenos Aires 2018 will take place between October 6 and 18 and will involve 4,000 athletes from 206 countries.

Samsung began its Olympic Games involvement as a local sponsor of Olympic Games Seoul 1988. Beginning with Olympic Winter Games Nagano 1998, the company extended its commitment to the Olympic Movement as the Worldwide Olympic Partner in the Wireless Communications Equipment category, providing its proprietary wireless communications platform and mobile devices. These innovative mobile technologies provide the Olympic Community, athletes and fans around the world with interactive communications and information services. Samsung hosts various Olympic campaigns to share the excitement of the Olympic Games with people around the world and enable everyone to participate in the Games through its innovative mobile technology. Samsung’s commitment as a Worldwide Olympic Partner continues through to Tokyo 2020 in the Wireless Communications Equipment and Computing Equipment category.