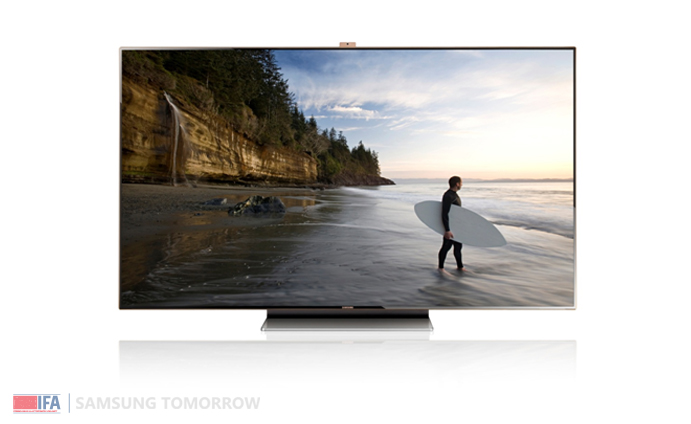 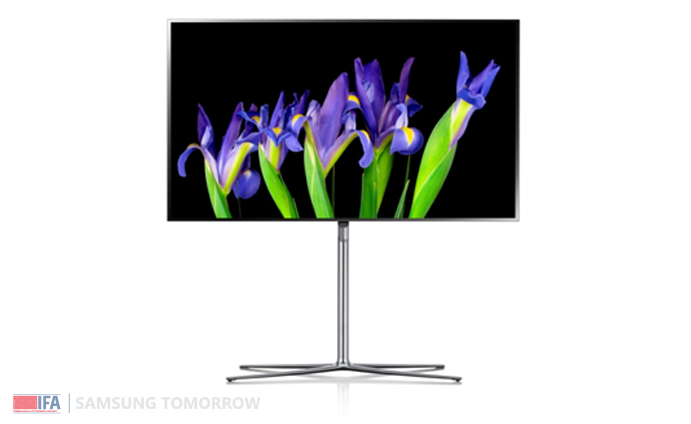 The ES9500’s self-emitting sub-pixels can individually reproduce life-like colors, creating a more immersive experience that draws the viewer into the action on the screen. OLED technology is also able to differentiate between varying degrees of blacks, enabling its unlimited contrast ratio to deliver unparalleled detail in shadows, shapes and subtle colors even in the darkest of scenes.

With no need for a separate light source, the ES9500 offers a fast response time, eliminating motion blur. That incredible speed translates into action scenes and sports games that are amazingly life-like and 3D experiences with virtually no crosstalk.

The ES9500’s minimalist design features a super-slim bezel, thin screen and distinctive back. The set gets thinner toward the edges of the metallic frame, and the small camera embedded in the bezel disappears when not in use, adding a further touch of elegance. Wires and connections can be neatly tucked away in the TV’s center stand.

Samsung’s OLED TV supports the new Samsung Multi View, thanks to the TV’s high processing speeds and an innovative wireless sound system. This feature allows two people to watch two different shows at the same time on the same full screen—with the ability to hear each program separately using Samsung Multi View 3D glasses with integrated earphones. With Samsung Multi View, there are no restrictions on the type of content users watch, so the possibilities are truly unlimited. 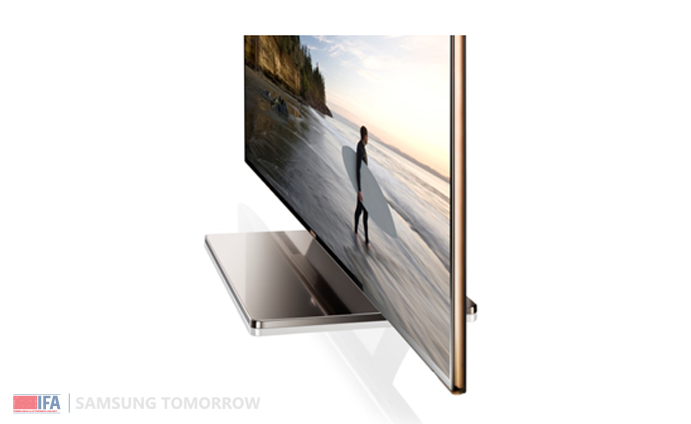 Samsung’s 75-inch LED ES9000 Smart TV combines the best in design and performance to deliver a view unlike any other. Created with consumer demand for larger TVs and a more engaging viewing experience in mind, the ES9000’s design is so thin and unobtrusive, it allows users to become fully immersed in the stunning picture quality. Featuring a luxurious rose-gold finish, 7.9 mm frame and hidden push-up camera, the ES9000 offers the essence of sophistication and premium design along with the best of Samsung’s Smart TV features.

Building on a heritage of Killer Apps with the most robust Smart Content in the industry, Samsung is the first to bring Angry Birds, one of the world’s most beloved games, to Samsung Smart TV with motion control. Consumers can play the game like never before with Smart Interaction, using natural hand gestures to control the game and activate the unique skills of each bird on a bigger screen, creating an experience that is more fun compared to the mobile version of the game. 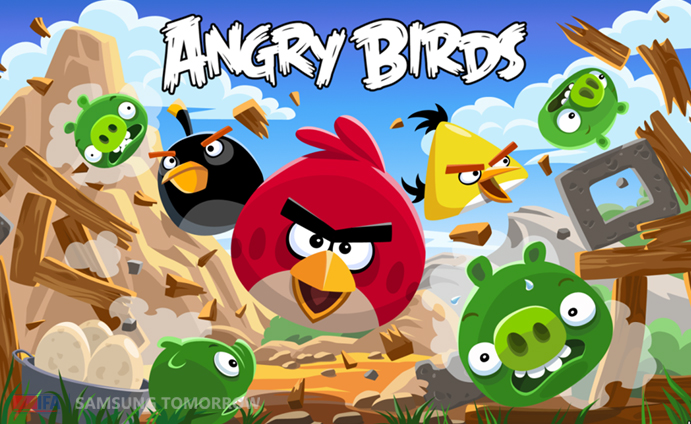 Samsung Smart TV brings family members together to enjoy a unique shared experience on a large screen with superior picture quality, while Smart Interaction technology adds a new level of interaction to Angry Birds that truly immerses each player in the game. Angry Birds is just one great example of the new experiences made possible by Smart Content, which gives consumers the power to use television with the same ease, flexibility and seamless connectivity shared by all other Samsung devices. To date, Samsung’s 2,000 Smart Content apps worldwide—nearly 1,000 of which are available in Europe—have been downloaded more than 45 million times.