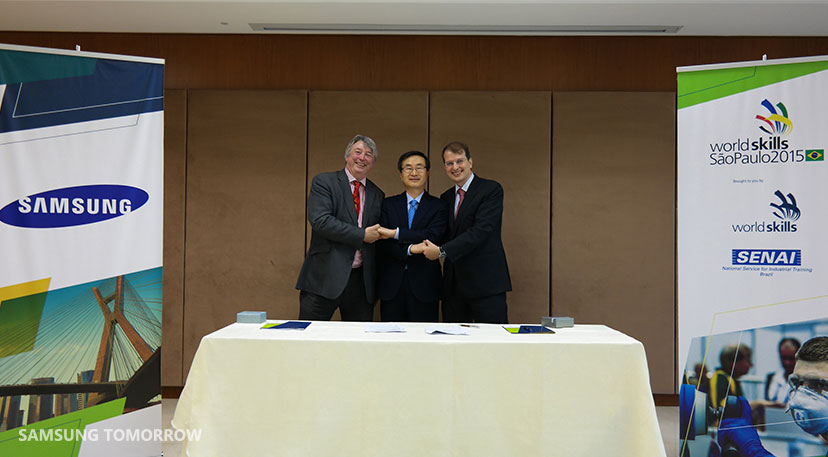 Samsung Electronics announced it has renewed its sponsorship agreement with WorldSkills International to support the 43rd WorldSkills Competition for the 5th consecutive year. The competition will be held in Sao Paulo and run from August 11 to 16, drawing approximately 1,260 competitors from 59 different countries who will compete in 50 categories.

Samsung will be the Overall Event Presenter (OEP), following its success in the same role at WorldSkills Leipzig in 2013. Samsung will support the competitions by providing some of the company’s products exclusively, while showcasing cutting-edge products and technology, including the Galaxy S6, Samsung Pay, educational solutions, and KNOX in a special promotion pavilion.

Samsung first became a sponsor for WorldSkills at the Shizuoka event in 2007, with the aim of helping to develop the technological industry and provide world-class expert training.

“Samsung’s commitment to skills development on a day-to-day basis is an inspiration to WorldSkills International,” said WorldSkills President Simon Bartley. “I have a high expectation that Samsung, as a long-time sponsor for skills competitions in both Korea and other major countries, once again provides a meaningful experience for its trained competitors.”

Samsung and its affiliated businesses have sent a number of skilled employees to the WorldSkills Competitions in the past, with 53 employees becoming medalists from 1981 to 2013. Of the 47 Korean national team members this year, 14 come from Samsung Electronics.

In addition to the WorldSkills Competition, Samsung strives to train and grow young technicians by supporting skills competitions in Asia and organizes its own annual Samsung Skills competition.