Following the global launch of the Galaxy S6 and Galaxy S6 edge at Mobile World Congress (MWC) in Barcelona, Samsung took its newest flagship smartphones on tour to fashion-forward events in Paris, Seoul, Dubai and Moscow. The high profile appearances of Samsung’s newest Galaxy devices have put the phones at the forefront of the fashion world, attracting attention from leading fashion media and influencers.

The Galaxy S6 and S6 edge made their first appearance on the runway at an exclusive fashion event during Paris Fashion Week, at the Four Seasons Hotel George V on March 7, 2015.

Fashion influencers were enthusiastic about the new Samsung Galaxy S6 and Galaxy S6 edge and took photos during a hands-on experience session.

They not only praised the beauty of the exterior design, with its dual curved edges, but also the user experience and other upgraded features such as the advanced camera functions. 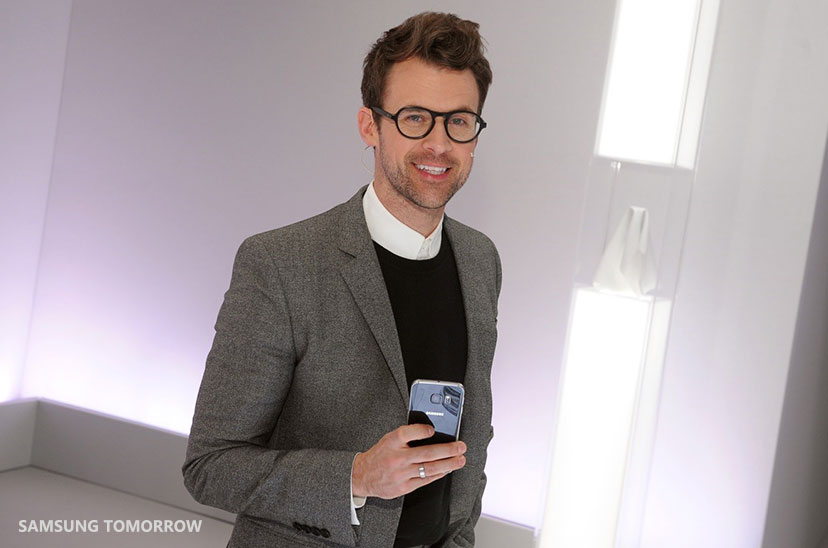 “I think the way that we see music and fashion intertwining—and art and fashion, of course— has always been a part of this world, but now as soon as the lights come up at a runway show, everyone gets their phones out to get that great shot that’s Instagrammable or to tweet it out,” said stylist Brad Goreski, who co-hosted the event. “The great thing about these phones is that the camera is incredible and the design is really beautiful as well. So those of us who are very style-conscious and on our phones all the time, with the new S6 you don’t even have to put it in your bag — it’s just designed so beautifully.” 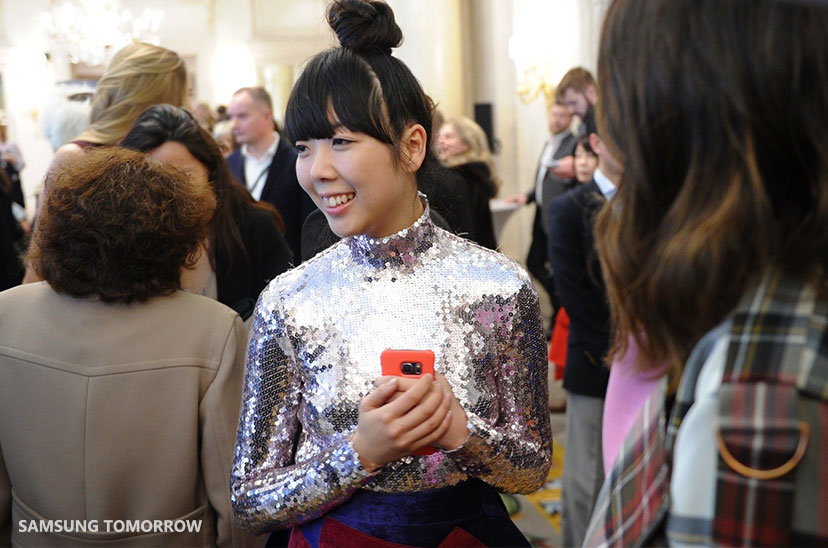 “It’s not a straight fashion accessory since it is very functional, but many people are becoming more interested in the aesthetics of things, how things feel,” said fashion blogger Susie Lau. “The Samsung Galaxy S6 is a phone that feels really good so it looks really good.”

The advanced camera function, which makes sure you “never miss a fashion moment” by instantly capturing beautiful and bright photos, was a big hit among the fashion media in attendance.

The second exclusive fashion event, “Galaxy S6 First Look,” was held on March 24, 2015 during Seoul Fashion Week at Dongdaemun Design Plaza (DDP), one of Seoul’s newest landmark buildings. At the event, models representing each of the Galaxy S6’s and Galaxy S6 edge’s available colors walked down the runway. 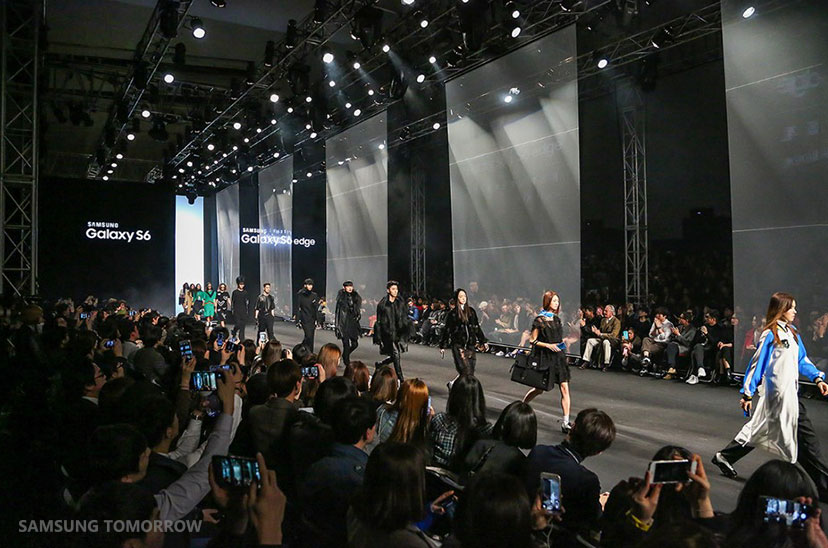 “The device is very powerful and aligned with our brand image: a fashionable and techy business man, now with his most stylish accessory: the Galaxy S6,” said Korean fashion designer HEICH ES HEICH. “For the Galaxy S6, they really thought outside the box. Its deep and profound color makes normal smartphone cases obsolete. The Galaxy S6 is just an accessory in and of itself,” said a designer from Korean fashion brand pushBUTTON. 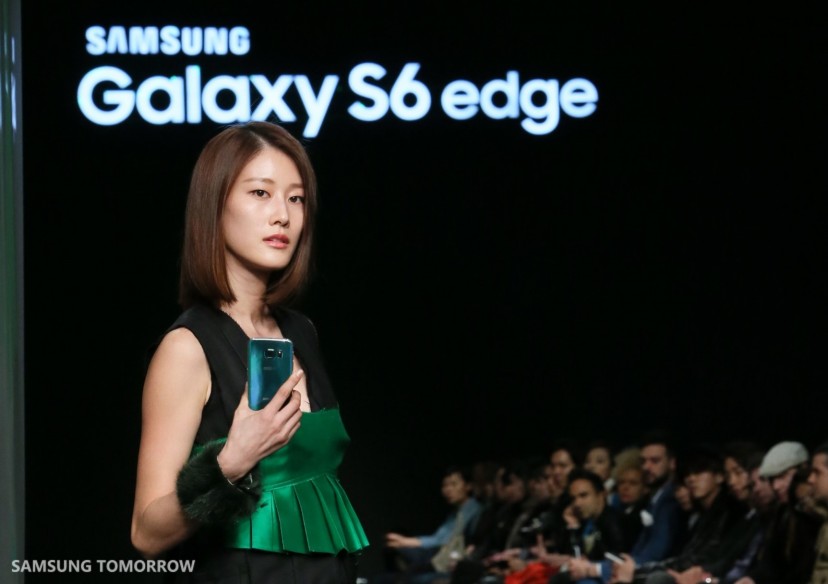 The fashion media were excited and impressed to see the world’s first dual curved edge screen in an array of luxurious jewel-toned colors.

On the same day, Samsung held another fashion event in Dubai at the Armani Hotel. More than 200 fashion influencers and media attended the fashion show and enjoyed a hands-on experience with the new Samsung Galaxy S6 and Galaxy S6 edge. 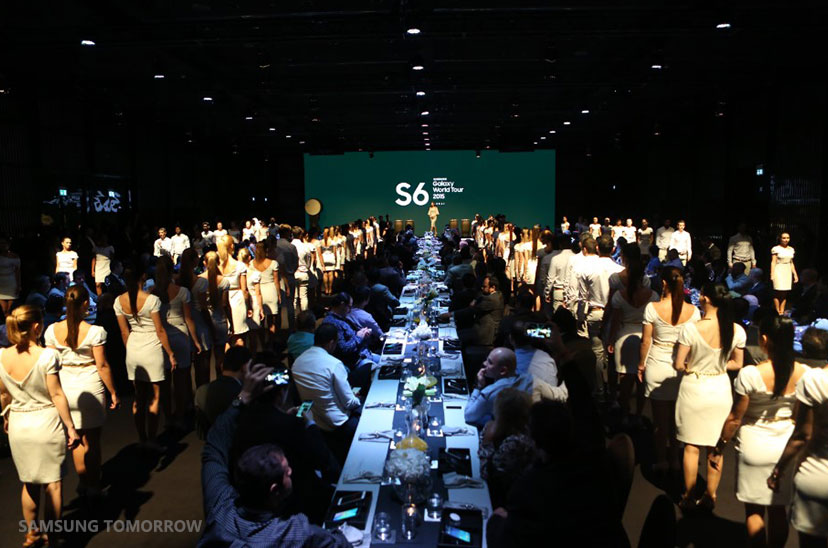 Some attendees remarked that they had never before attended a fashion event like this one in the region. 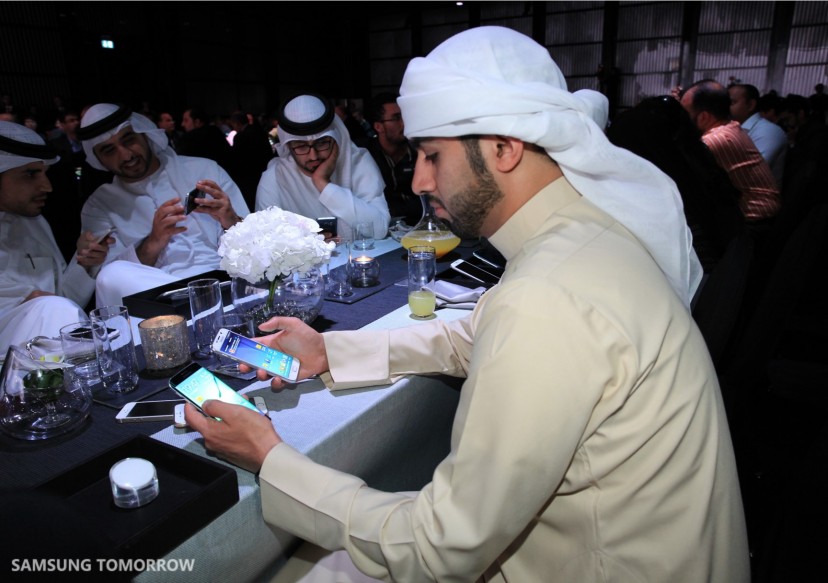 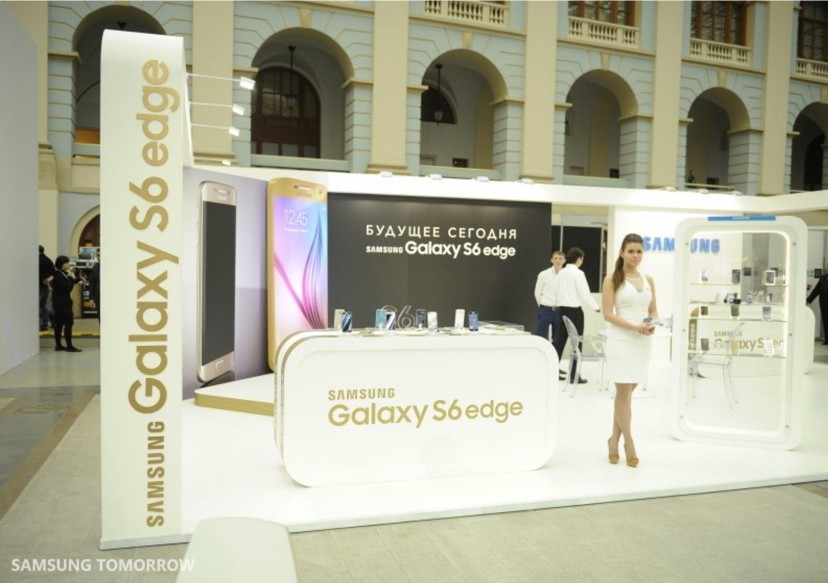 The Samsung Galaxy Product Experience Zone at the Gostiny Dvor 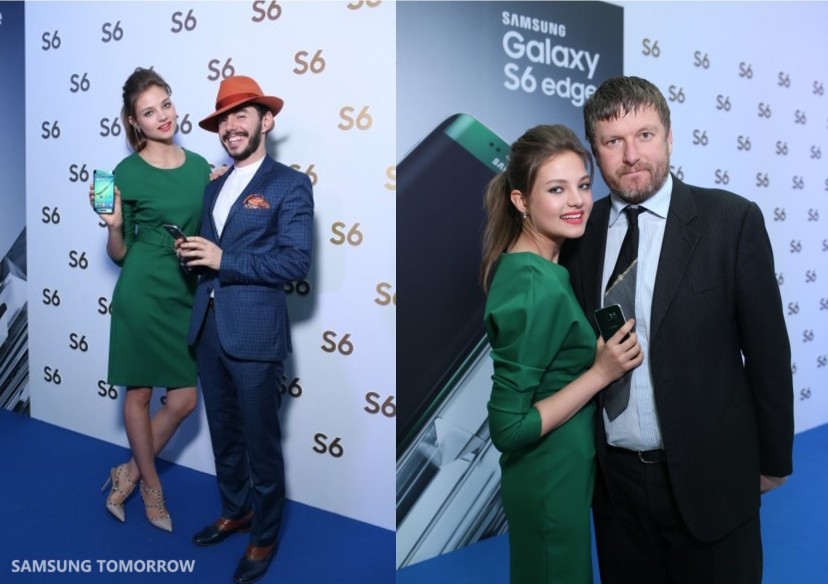 The Samsung Galaxy S6 and Galaxy S6 edge were presented on the runway similar to the events in Paris, Seoul and Dubai.

“The new design of Samsung is something that can really become a fashion trend for it-girls,” said Natalia Bnatova, deputy chief editor of Cosmopolitan Russia. “On this subject I guess we will be interested in supporting Samsung – it’s just too beautiful.”

Karina Erizan, of InStyle Russia, said, “Samsung showed an event of just super level – I never thought that shows like that could be made in Russia. Celebrities, beautiful event to collaborate with (MFW), and magnificent product.”

Russian actress Alisa Grebenshikova said, “I’m very impressed by this new smartphone. It’s beautiful, stylish and bright. It’s so nice on the touch! After using it, I feel like I don’t want to give it back!”

The finale of the fashion show was a collaboration with top designer Valentin Yudaskin. Models walked down the runway while taking selfies with the Galaxy S6 edge. 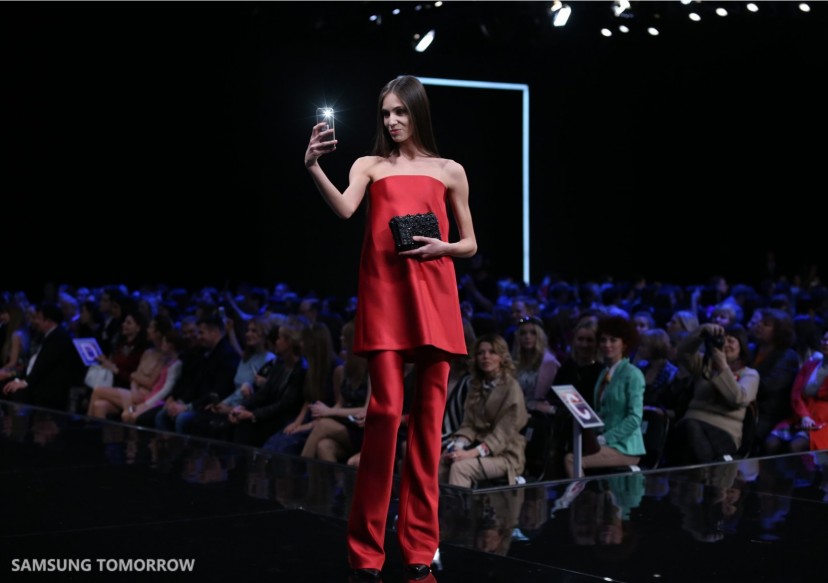 “I came here for the runway part, and I really liked it. Although I would’ve been happier if there were more Samsung products, the idea of models walking with gadgets is fresh and interesting,” said Alexander Babulin, an editor at Hi-tech.mail.ru.

Straight from Barcelona to Paris, the Galaxy S6 and S6 edge Hit the Runway