Samsung Enterprise Edition provides the most advanced corporate mobile experience for enterprises yet by combining cutting-edge Samsung devices with state-of-the-art software and services for a customizable and secure solution that can meet the specific needs of any business.

Samsung Electronics Netherlands is pleased to announce that the Royal Netherlands Air Force has chosen the Samsung Galaxy S9 Enterprise Edition as their corporate smartphone of choice for 6,000 employees, with the Netherlands’ Ministry of Defense citing strategic considerations as the driving force behind their choice. On November 29, the first of the 6,000 smartphones was ceremonially handed to Deputy Commander of the Royal Netherlands Air Force, Major General Mario Verbeek, by Ron Kolkman, Director, Joint IV Command (JIVC) at the Ministry of Defense. Subsequently, Major General Verbeek and Commodore Richard Laurijssen passed it on to Sergeant 1 Romy, a Chinook technician of the 980 Squadron. 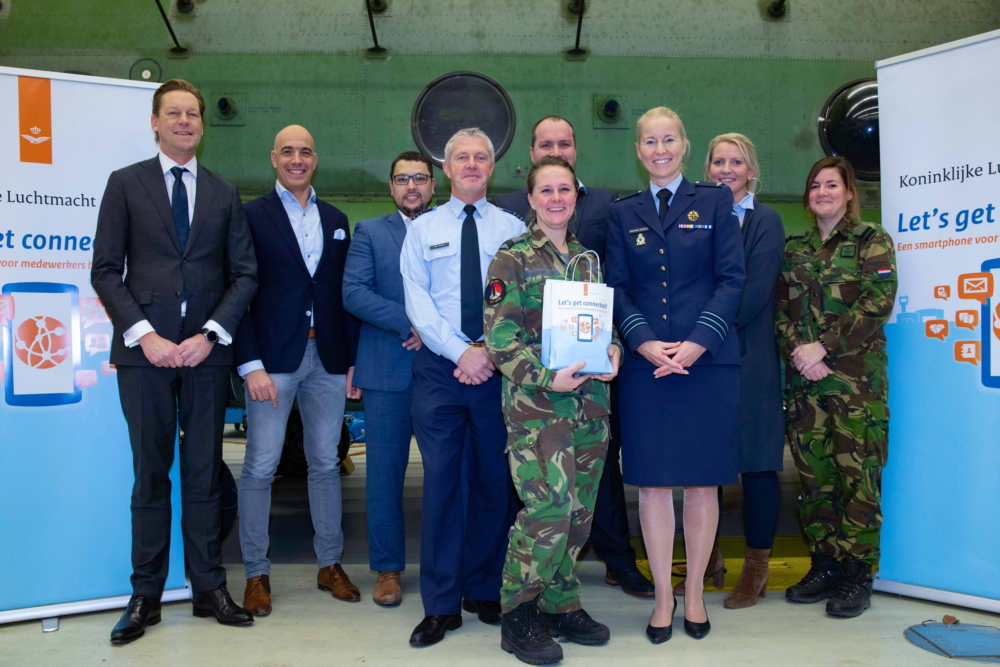 “The Commando Luchtstrijdkrachten (‘CLSK’, Royal Netherlands Air Force Command) is in the middle of a transition to becoming a 5th-Generation Air Force. Acting as information-driven as possible is central to this,” states Major General Mario Verbeek. “This ambition, along with our drive to enhance best employment practices and the most effective usage of our staff, has led us at the CLSK decide to provide all our employees with the Samsung Galaxy S9 smartphone.”

To learn more about the latest in Samsung’s Enterprise Edition, visit this page.