Samsung Electronics redefined the story of consumer electronics from its perspective beneath the surface of mobile devices at the 2013 International CES keynote address.

Dr. Stephen Woo, the president of System LSI Business of Device Solutions Division of Samsung Electronics, shared the company’s vision of “Mobilizing Possibility,” highlighting the role of components as the engine behind innovation across the mobile landscape. The keynote event illustrated the possibilities that Samsung envisions offering through its component solutions, and introduced new products that will herald such expectations. 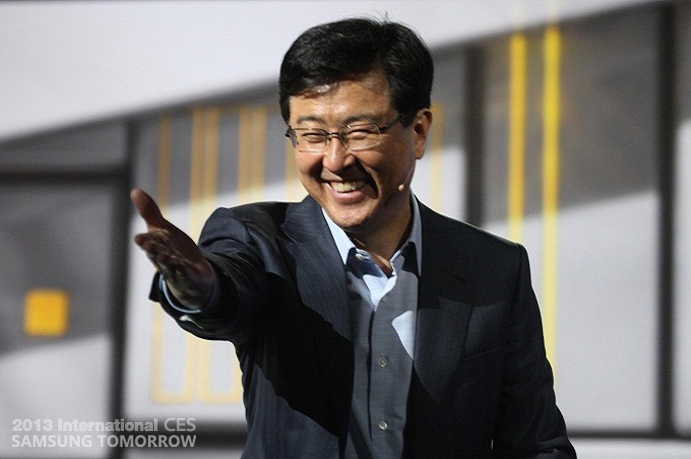 Guests from partnering companies, such as Warren East, the Chief Executive Officer of ARM; Eric Rudder, the Chief technical Strategy Officer of Microsoft; Trevor Schick, the Senior Vice President of Enterprise Group Supply Chain Procurement of HP; and Glenn Roland, the Vice President and Head of New Platforms and OEM of EA, also took part in the event, echoing Samsung’s mission to offer breakthrough products and create shared value (CSV) for both manufacturers and end-users.

Woo opened by presenting Samsung’s goal for Mobilizing Possibility that takes big ideas off the drawing board and brings them to life for end-users, especially in the areas of processing performance, energy-efficient memory solutions and display technology. He emphasized that the limitless possibilities presented by consumer electronics will be based on component innovations by the company.

The first of Samsung’s new products announced at the keynote was the Exynos 5 Octa, the world’s first mobile application processor to implement the ARM big.LITTLE processing technology based on the Cortex-A15 CPU. Following the Exynos 5 Dual, which is already on board of market-leading products such as the Google Chromebook and Nexus 10, the successor is the newest addition to the Exynos family of application processors. 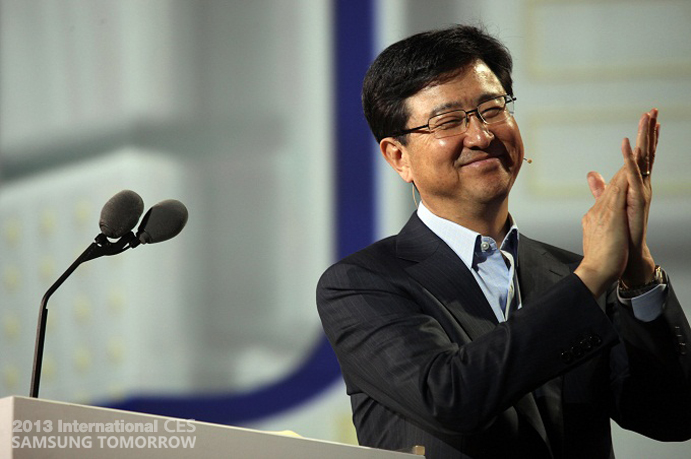 To expand on the big.LITTLE concept, Warren East joined Woo on stage and introduced the new technology that has just become available in silicon through the Exynos 5 Octa. Housing a total of eight cores to draw from—four powerful Cortex-A15 processors to handle processing-intense tasks along with four additional Cortex-A7 cores for lighter workloads—the application processor offers maximum performance and up to 70 percent higher energy efficiency compared to the previous quad-core Exynos.

Moreover, Glenn Roland helped Woo demonstrate the processing power of the Exynos 5 Octa by showing off one of EA’s latest 3D racing games, Need for Speed™ Most Wanted. Atop the reference device, the application processor delivered an elevated real-life gaming experience within the mobile platform, rendering stunning graphics performance and real-time response speed.

As advanced processing power on mobile devices accelerates easier data creation by the masses, the mobile experience will increasingly become more dependent upon datacenters largely responsible for the proliferating data traffic. Growing in size and capacity, IT systems face challenges both in performance and power savings to secure sustainability moving forward. Memory devices, the main products for servers that make up these datacenters, can deliver substantial gains by adopting cutting-edge technology available from Samsung.

Woo pointed out that managing the power consumption in these datacenters have become crucial and that Samsung’s green memory solutions with Solid State Drives (SSD) and advanced Dynamic Random Access Memory (DRAM) are addressing this key issue with their powerful, yet energy-efficient processing capabilities. Compared to traditional datacenters that incorporate Hard Disk Drives (HDD), server and storage solutions equipped with green memory pull the data processing speeds up six-fold while operating with 26 percent less electricity.

As components on the surface that interact directly with users, display solutions bring the technology advancements to life and make them tangible through the device interface. Woo presented the future possibilities of Samsung’s displays along with Brian Berkeley, the Senior Vice President of Samsung Display., While crystal-clear picture qualities become a reality, the two Samsung speakers were pleased to share that the innovations do not sacrifice energy efficiency.

Woo and Berkeley described the 10.1” Liquid Crystal Display (LCD) panel that is currently adopted by the Nexus 10. With a 2560×1600 resolution and 300 pixels per inch (PPI), the panel renders stunning picture qualities while consuming only 75 percent of the energy used in previous display solutions.

Using Samsung’s energy-efficient green LCD technology, the company is currently developing a 10.1” model that would lower power consumption even further by 25 percent, while offering equal resolution qualities as its predecessor.

One of Samsung’s partners that bring the company’s state-of-the-art components together is Microsoft, adding more layers of value to the final product with its software solutions, devices and services. Eric Rudder, chief technical strategy officer, Microsoft, took the complete ATIV family of devices as an example through which Samsung’s component solutions and Windows 8 together present new potential in user interfaces. Rudder reported that Microsoft Research has been continuing its work on next-generation display technologies, enabling new modes of human-computer interaction.

Creating a better world with its resources is one of Samsung’s core values. Samsung’s flagship corporate social responsibility initiative, Samsung Hope for Children, was launched in this spirit, through which the company provides its products, expertise and financial support to tackle the needs of children around the world for education and healthcare. Woo emphasized that Samsung’s innovation in components share the same thread as a driver that truly mobilizes possibility without boundaries or barriers.