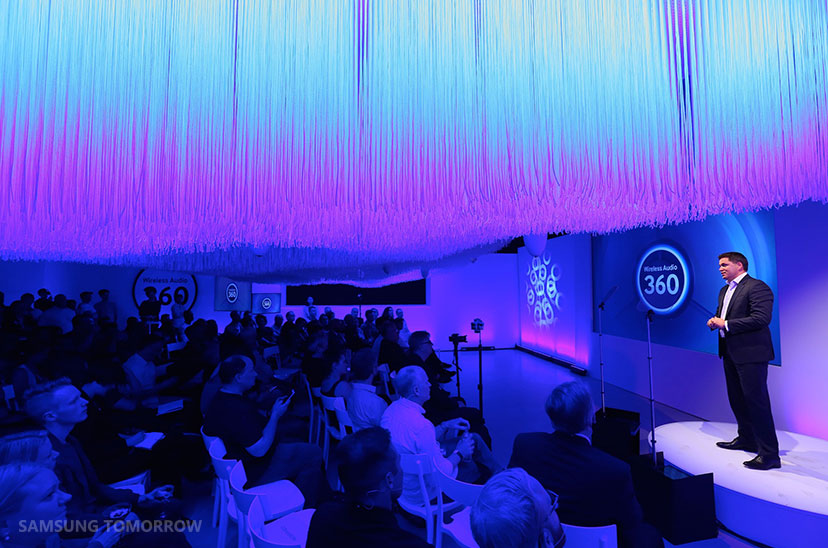 Samsung Electronics marked the European launch of its Wireless Audio 360 speakers at an intimate event at London’s Victoria House with DJ sets from Gorgon City and Laura Whitmore. With music streamed through the new speakers, the event demonstrated how Samsung is set to revolutionize the audio experience with a range of products that give people the freedom to listen to their music wherever they want, however they want.

At the launch, Samsung set out its ambition to transform the audio market for music fans who want more freedom from their audio devices by creating a more dynamic, surround sound audio experience where the sweet-spot is everywhere. Developed at Samsung’s new state-of-the-art audio lab in California where a dedicated team has been brought together to create this innovative range, the Wireless Audio 360 range delivers a unique, 360-degree sound experience through the use of Samsung’s patented ring radiator technology. 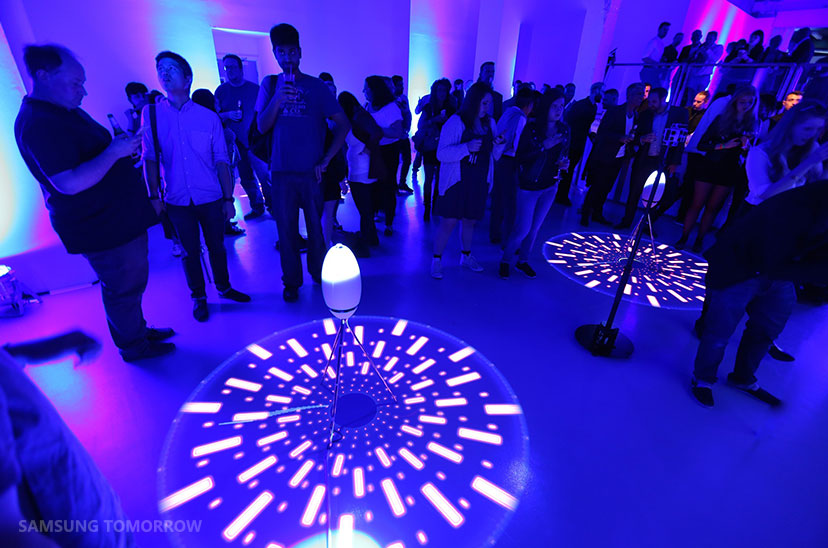 This pioneering technology creates an omnidirectional movement that immerses entire rooms in sound, so wherever people are in the room they will experience the same incredible audio letting them listen to music the way they want. With portable and standing models available and seamless connectivity features, coupled with technology that changes the way sound is delivered, it is a range built for music fans of today who want an independent music experience. 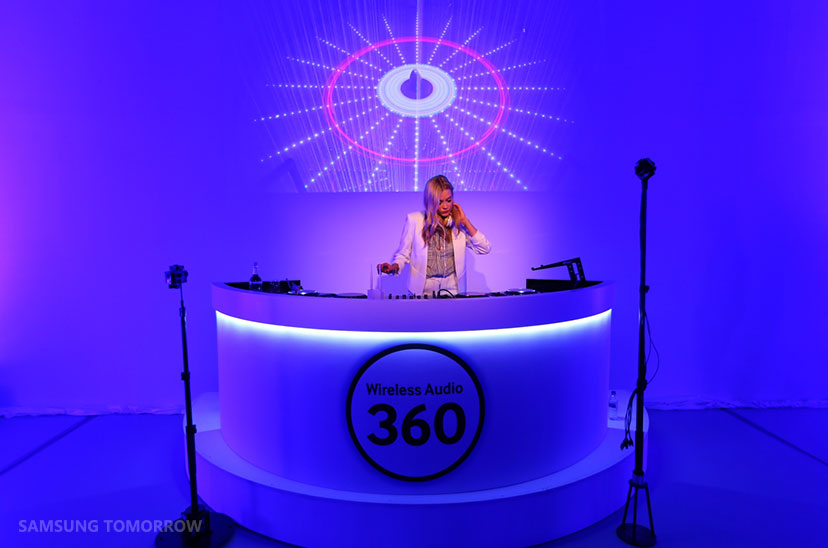 Commenting on the launch, Guy Kinnell, Vice President TV & AV, Samsung UK & Ireland said; “Over the past few years we have seen a dramatic change to the way people listen to music. We know they no longer want to be restricted by their audio devices but instead want a device that gives them the freedom to choose how and where they listen to their music. We believe our new range of speakers reflects what people want from music products now and in the future. Technology has revolutionized the way we consume entertainment and we believe our Wireless Audio 360 speakers are the next phase in this revolution.”

At this European showcase for the new range, Samsung also premiered exclusive content commissioned to bring to life the 360 sound concept and ring radiator technology. ‘The 360 Sound Experiment’ was created by artistic collective Artisan and produced by Little Dot Studios, with the stunning installation bringing to life the idea of a room filled 360 with sound using color and light. Set to music composed by Aiden Lavelle who has worked with Gorillaz and Massive Attack, and directed by Ross Cairns, the installation uses light beams to visualize the movement and frequencies of sound through space, demonstrating how 360 sound offers the best audio experience of any speaker on the market today.

Combining this exciting new sound technology with a premium look and feel, Samsung’s new offering provides an unrivalled, immersive audio experience. Two models are available—the R7, a standing model with a deeper bass, and the portable R6. Both models seamlessly connect to TVs, sound bars and mobile devices to create the ultimate at home entertainment system. The Samsung Wireless Audio 360 range is available at retailers including John Lewis and Richer Sounds.

Speaking after the event, Gorgon City commented; “Playing through the Wireless Audio 360 speakers was fantastic – it was a gig with a difference and the crowd were great. This is a great piece of kit for people who love their music and we’re thrilled to be a part of the launch.”