Samsung Electronics today announced the launch of its flagship mobile payments service, Samsung Pay, in India. Simple and Secure, Samsung Pay can be used to make purchases almost everywhere you can swipe or tap your debit or credit card to make payments.

Apart from allowing users in India to simply tap and pay on the go using their registered cards, Samsung Pay has integrated Paytm as well as the government’s Unified Payments Interface into the app. Samsung has also created a unique digital payment ecosystem by partnering with a number of issuers and card networks. Our Card Network and Issuer partners include Visa, MasterCard, American Express, Axis Bank, HDFC Bank, ICICI Bank, SBI Cards and Standard Chartered Bank. Citibank India is a forthcoming issuer and its credit cards will be live on Samsung Pay shortly. 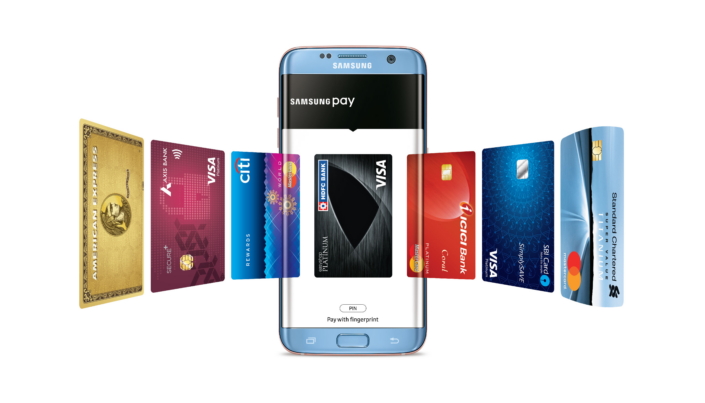 To launch Samsung Pay, a user needs to swipe up on an eligible Samsung Galaxy smartphone, select the card, authenticate using a fingerprint or PIN and bring the phone near the Point of Sale terminal.

Samsung Pay works with Samsung’s patented Magnetic Secure Transmission (MST) technology as well as with Near Field Communication (NFC). MST replicates a card swipe by wirelessly transmitting magnetic waves from the supported Samsung device to a standard card reader. Through MST, Samsung pay will work seamlessly on a majority of Point of Sale terminals in India.

Mr. HC Hong, President and CEO, Samsung Southwest Asia, said, “Samsung Pay is an example of how we continue to push the boundaries of innovations to make life simpler and better for consumers. I am confident Samsung Pay will redefine digital payments and contribute to Digital India.”

“When we launched Samsung Pay, our goal was to enable consumers across the globe to make payments that are simple, secure and accepted almost everywhere. Over the past year and a half, this vision has evolved into building a complete digital wallet solution, allowing customers worldwide to not only make payments but also use membership and transit cards, receive deals and rewards and more,” said Mr. Thomas Ko, Global GM of Samsung Pay.

With its ‘Make for India’ initiative, Samsung is committed to building tailored products and services, customized to meet the needs of Indian consumers. Samsung Pay provides a mobile payment option built natively on the Unified Payment Interface (UPI), a payment system launched by the National Payments Corporation of India. The Samsung Pay UPI solution is powered by Axis Bank and facilitates peer-to-peer (P2P) transfer of funds between bank accounts on a mobile platform instantly. This is an upcoming feature within Samsung Pay.

Samsung Pay will also be available on the Samsung Gear S3 Smartwatch shortly, allowing users to pay through their wearable device.

“Our insights show that convenience, security and acceptance are seen by consumers as the most important influencers when choosing among different digital payment options,” said Mr. Asim Warsi, Senior Vice President, Mobile Business, Samsung India. “With Samsung Pay, we give our consumers the smartest way to make digital transactions by far. Samsung Pay is highly secure through the signature KNOX Platform, fingerprint authentication and tokenization. We have partnered with major banks and card networks to give our consumers the widest range of choices, and are working on bringing more and more partners on board soon.”

Since its launch in July 2015, Samsung Pay has rapidly expanded its service by supporting additional value-added features in multiple markets worldwide. With its launch in India, Samsung Pay is fully available in 12 global markets, including South Korea, the US, China, Spain, Singapore, Australia, Puerto Rico, Brazil, Russia, Thailand and Malaysia.

This rapid expansion has been made possible by Samsung’s commitment to an open model of partnership and collaboration around the world, resulting in collaboration with about 500 global bank partners as of November 2016. Its continued support for both MST and NFC technologies has also enhanced adoption, enabling market access in countries that support either payment option. In India in particular, most retail shops already have regular POS machines with magnetic card readers, which are compatible with MST technology, making Samsung Pay particularly well-suited to the India market. 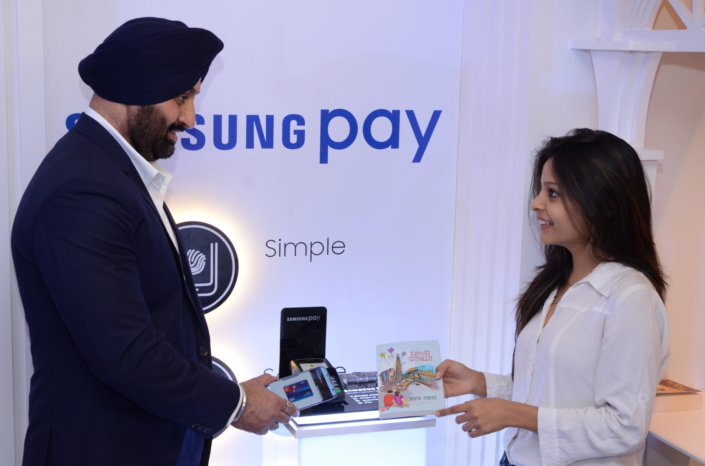 Consumers in global markets have increasingly embraced Samsung Pay. In Korea alone, over 2 trillion won (USD 1.76 billion) was processed by Samsung Pay in its first year, 25% of which came from online payments.

As Samsung Pay moves forward, it will continue to demonstrate to consumers that it is more than just a mobile payment service. Samsung Pay has rapidly expanded both the variety and availability of value-added services in multiple markets worldwide, adding support for various non-banking cards including gift card, membership, transportation and ATM to consumers. Consumers have been particularly enthusiastic in their response to these services, registering nearly 11 million related cards since their introduction.

Samsung Pay further supports a growing number of services relevant to each local market such as identity cards and barcode payment, with many more value-added services yet to come.